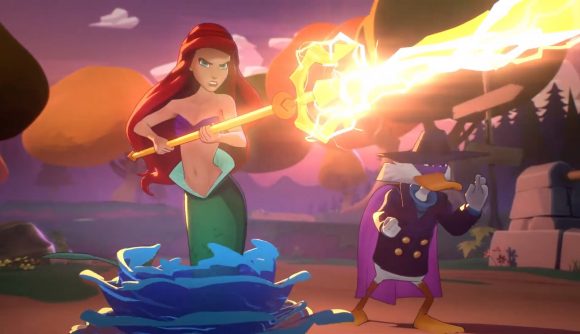 Disney’s take on the gacha genre, Disney Sorcerer’s Arena, has launched on Android and iOS devices. The game lets you build a battle party from your favourite Disney characters, and while there’s something initially strange about Ariel, the little mermaid, using her trident like a sniper rifle to blast someone, it’s also pretty damn satisfying.

The game features both single-player and PvP modes, and is aesthetically cartoon-y in a way that’s reminiscent of Disney animation. You fight battles with a party of five characters, each with a couple of attack options; generally an area of effect attack, and an individual attack. But then there are also spells: massive, JRPG style supers, which charge as you defeat opponents.

As you complete battles, you will gradually fill up a point bar for each of the characters, allowing you to unlock them, or level them up. You can equip items to further increase a character’s power. In a similar vein to most other gachas, power building is key.

There are also a variety of events, helping you gain access to specific characters, but with 100 to unlock, you’re going to have your work cut out for you. If you are a Disney or Pixar fan, chances are your favourite films have some representation, considering the game features characters from well-known franchises like Toy Story, to those slightly lesser-known, like Darkwing Duck. 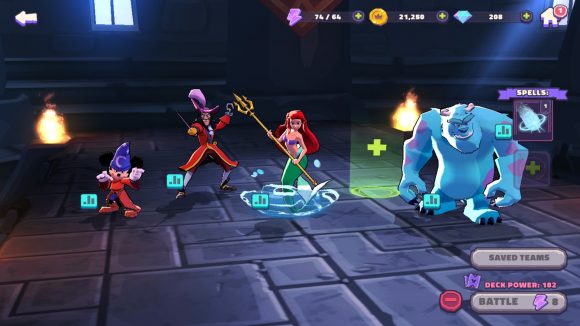 Disney Sorcerer’s Arena is reportedly one of four major titles that publisher, Glu Mobile, will be launching in 2020, and only works to bolster the already significant list of Disney games on mobile. If you fancy pitting your beloved childhood characters in blood-sport, you can find Disney Sorcerer’s Arena on Google Play or the App Store.