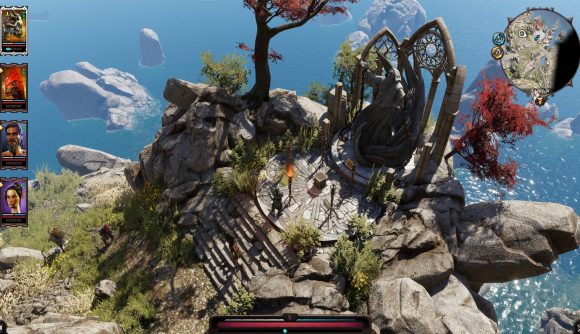 Apple has revealed that the extremely popular RPG, Divinity: Original Sin 2 – Definitive Edition is coming to iPad in the not-too-distant future.  Apple officially announced the game during a developer stream about Xcode 12 and Metal apps at WWDC, Apple’s Worldwide Developer Conference.

For those that don’t know, Divinity: Original Sin 2 is considered by many to be one of the greatest RPGs ever made. The game features fantastic depth, both in terms of your party’s dynamic and the world that you adventure through. The announcement also shows a willingness on Apple’s part to bring fully-fledged PC games to iOS. That, on top of Divinity’s impressive visuals should be enough to get anyone excited.

We’re going to have to wait a little longer for any information regarding a release date, however, as neither Apple or the developer, Larian Studios, have given an indication of when the game might arrive. When the info does arrive, however, we’ll be sure to let you know! We’re just content in the knowledge that such a great RPG is in the works.

Though Divinity originally came out in 2017, we think it still looks pretty spry:

You can also watch Sam Colbran of GPU Software debugging a brief bit of the game. Divinity: Original Sin 2 – Definitive Edition is Larian Studios’ debut on the iOS platform, and it represents a pretty significant first leap.

If you want more info about Divinity, be sure to keep an eye on our newsfeed! Otherwise, why not enjoy one of the best mobile RPGs or best mobile MMORPGs from our lists? Just a little something to celebrate.