It’s kind of ironic when you consider River Song’s famous catchphrase ‘Spoilers’ because Doctor Who does have a tendency of spoiling itself. I think being such a self-referential show with a long-standing legacy means that when it should perhaps try to forge a new path, it more often falls back on the familiar. It’s the reason we never see a surprise regeneration, that we always know who the bad guys are before the series begins, and how amazing surprises like John Simm’s reappearance are invariably announced long before they even happen.

And I think that’s an issue that certainly rears its head in Maze Theory’s new found phone game, Doctor Who: The Lonely Assassins. You play as a random do-gooder who happens upon the lost phone of Larry Nightingale, who fans may remember from episode ten of series three, Blink – yup, that great episode that has Carey Mulligan in it. Unsurprisingly, Maze Theory couldn’t get Carey Mulligan but it still has a pretty decent cast as Finlay Robertson reprises the role of Larry, and Ingrid Oliver returns to be your guide as Petronella Osgood.

You see, the UNIT researcher has been investigating Larry due to his connection with the Doctor – little does she know that was ten seasons ago – but he’s disappeared off the face of the earth. With Osgood’s guidance you trawl through his phone, investigating messages, pictures, emails, and phone calls, using the information you find to solve puzzles and uncover clues. It’s a fairly linear take on the detective game, and rather than say, Her Story, the information you are able to access is gated by data corruption in the phone, and only unlocks as the story progresses.

But it’s a great game for sure, with plenty of references that Who fans will appreciate, and some surprise cameos. But as mentioned above, the issue is that there isn’t really much of a mystery to begin with. The game spoils itself by following on from Blink, and anyone who has seen the episode will almost immediately understand what happened. In many ways it might be better to play the game first, then go back and watch Blink afterwards if you haven’t before. 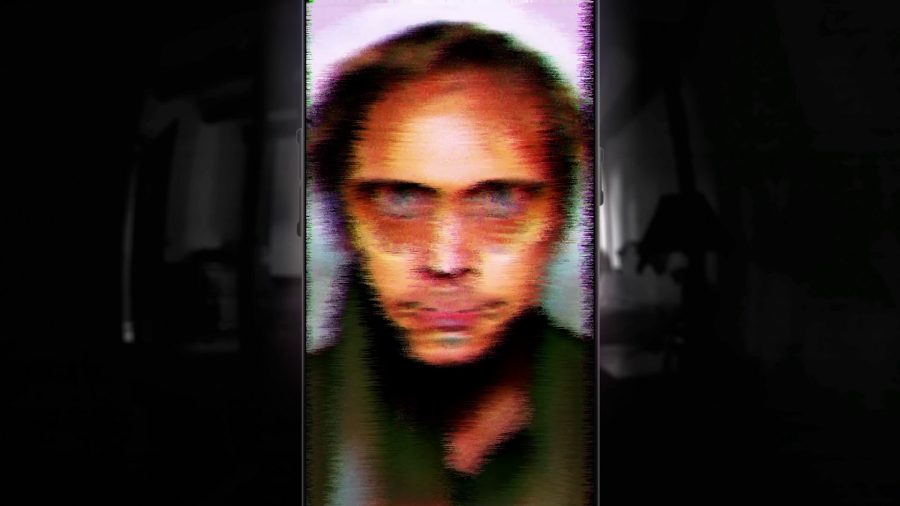 While many of the puzzles are quite fun and involve you searching for snippets of information, the fact that you have to send every clue to Osgood and discuss it with her kind of kills momentum. It also means that you don’t really need to make any deductions for yourself. It doesn’t help that Osgood can be frustratingly slow to catch on too, like when I sent her a clip of someone mentioning ‘killer statues’ and she didn’t even clock it.

But the dialogue is extremely well written. Throughout the game I genuinely felt like I was talking to Osgood, and I appreciate the multiple dialogue choices that are available, meaning you can play a wholly enthusiastic character, or be generally grumpy about the extraterrestrial task. Larry’s video and audio diaries are also excellent, and it really feels like the same nerdy film-buff has returned, even though the original episode aired almost 14 years ago. 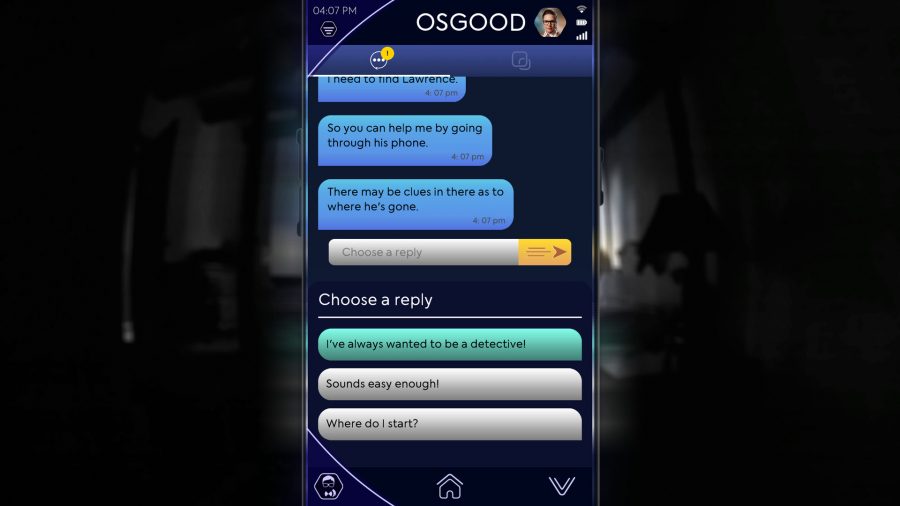 Despite a couple of “A-ha!” moments, I think the best way to see Doctor Who: The Lonely Assassins is as a narrative epilogue to Blink that resolves some of the loose ends left by the episode. But if you’re eagerly awaiting the new series and are missing your Who fix, Doctor Who: The Lonely Assassins should make for a fun few hours of entertainment, while also harking back to one of its best episodes.

Doctor Who: The Lonely Assassins review

While Doctor Who: The Lonely Assassins isn’t all that mysterious for a found phone game, it does act as an enjoyable, well-produced epilogue to one of Who’s greatest episodes