Bethesda has announced that it’s finally bringing Doom Eternal to Nintendo Switch on December 8, and it’s about bloody time (get it?). The critically acclaimed shooter arrives courtesy of Panic Button, the creator of many impossible Switch ports, including the original Doom, both Wolfensteins, and Warframe. Suffice to say, it should prove suitably impressive.

As you can expect, it also arrives with motion aiming, allowing you to use gyro controls to fine-tune your aim. Aside from that, this is the true Doom Eternal experience, complete with the lengthy single player experience, wide variety of weapons (including the Assassin’s Creed-style wrist-mounted blade) and abilities, and that sweet multiplayer experience.

This time around, the latter features the new Battlemode, err, mode, which pits one player, as a fully-armed Doom Slayer, against two demons, which you, the players, control. It’s a best-of-five battle to the death. And you can do all of the above a lot sooner than you might have first thought, when Doom Eternal arrives on Nintendo Switch as both a physical and digital release on December 8.

Here’s a taste of the shooter in action: 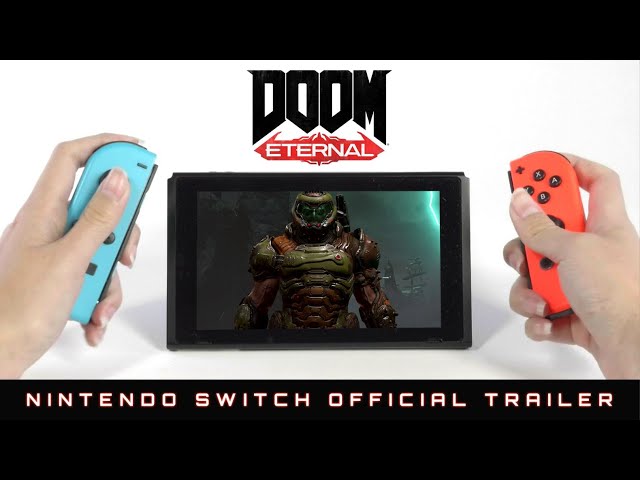 You can also learn more about the upcoming Switch port by reading this post on the official site.

If you’re sold, you can pre-order Doom Eternal on Amazon UK (US is not live as of yet) via the link below. Happy slaying.