As a massive Dragon Ball Z and Dragon Ball Super fan, the chance to play as Goku, Vegeta, Trunks, and more in a game that focuses less on combat, and more on exploring the areas I know and love, and completing humorous side quests, was a very exciting thought. As soon as Dragon Ball Z: Kakarot came out on PS4 in 2020, I picked the game up and earned the platinum trophy not long after, which should give you an idea of how much I enjoyed this title.

If you love Dragon Ball Z, I have no doubt that you’ll enjoy Kakarot. Each of the sagas allows you to take part in satisfying combat against familiar bad guys, such as Frieza, Majin Buu, and Cell. But before you take them on, you can also meet up with Master Roshi to track down his adult magazines and head on over to Korin Tower to pick up senzu beans, among other fun side quests.

These quests are definitely worth giving a go, and there are just enough of them to break up gameplay between each epic battle you take part in. The only fault I can mention about them, is that they can feel a bit samey. Go there and pick up an item, defeat a group of Red Ribbon Army robots, cook me some rice. However, despite this, I still recommend you finish them all to see everything the game has to offer.

When you’re finally ready to go Super Saiyan and take on those dastardly villains, the satisfying combat and flashy Ki Blasts are sure to delight you. It’s definitely not as in-depth as it could be, and can feel a tad button bashy on occasion, but being able to use almost every main character from the series and absolutely demolish a foe really gets the blood pumping. My favourite strategy is to control Vegeta and repeatedly use Super Big Bang attack till I achieve victory. I highly recommend this if you want to feel like a god. 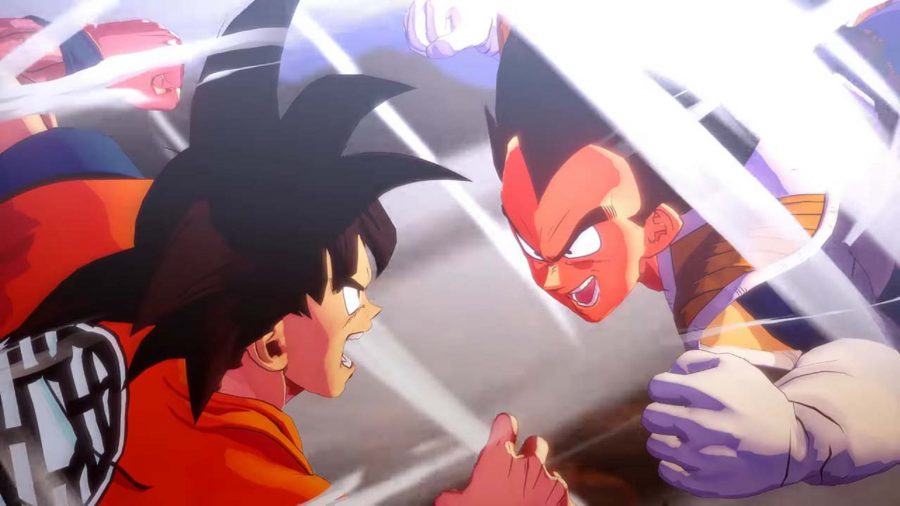 If my Super Big Bang attack strategy doesn’t work out for you, and the almighty God of Destruction Beerus continues to take you out, you’re able to head on over to training points to defeat previous enemies and pick up some extra experience. Not only is it fun to take on certain enemies again, but you also pick up some extra skills and items that can really help out in the tougher battles.

Outside of side quests and battles, you can drive and upgrade hover cars and robots, go fishing, and even collect the titular Dragon Balls. None of these aspects adds too much to the game. However, it’s nice to have so many options of things to do, and each small thing makes the world feel a little more lived-in and fun to explore.

For those of you who are hesitant to pick up the Switch port, due to potential framerate issues or limitations, I believe you will still enjoy Kakarot. I will admit the framerate drops from time to time while you dash through dense forests or perform particularly Ki heavy attacks. However, it never feels annoying enough to hinder gameplay or make you want to toss your console. 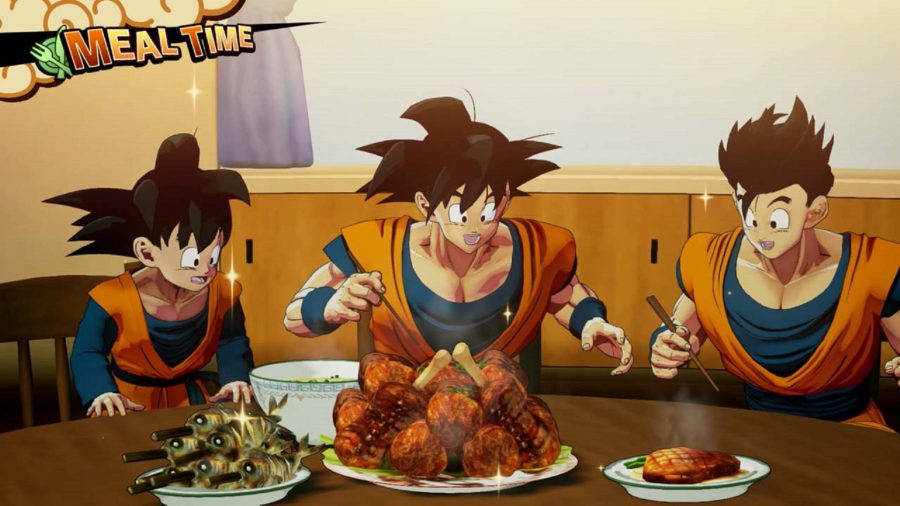 Not only does DBZ: Kakarot play surprisingly well on the Nintendo Switch, it also includes the New Power Awakens Part 1 and New Power Awakens Part 2 DLCs. These two pieces of content allow you to take on the best anime character of all time, Beerus, and also Golden Frieza. With the base game and the extra DLC, you’ll be entertained for 50+ hours, and even then, I guarantee you’ll want to replay for even more Dragon Ball goodness.

Dragon Ball Z: Kakarot is incredibly fun and nostalgia-inducing. Those of you who grew up with the series will absolutely love it, anime fans will enjoy the graphics and story, and new fans will fall in love with the characters and gameplay.

Dragon Ball Z: Kakarot has wonderful characters, an amazing story, and makes me incredibly nostalgic. I would wholeheartedly recommend this title to anyone who asks about it. Oh boy, I just really love Dragon Ball Z.