What looks like Mahjong, smells like Mahjong, and plays like Mahjong but isn’t actually Mahjong? Dragon Castle, that’s what. If you watched someone playing, taking matching tiles with at least one free edge off a pile, it looks exactly like solitaire Mahjong. Even down to the oriental iconography. The designers admit that the Chinese classic inspired them. But when it gets down to the claws and scales, this is a very different dragon indeed.

Most of the time, players will do the solo Mahjong thing on their turn and pick up a pair of tiles from the stack. If you’re familiar with the genre, you’ll understand that the same strategy concepts apply. You want to try and set up future moves to free tiles you want down the line. At the same time, though, because this is a competitive multiplayer game, you don’t want to free up easy pairs for your opponents to collect.

If there isn’t a pair then, obviously, the game doesn’t end. Instead, you can either take a victory point and toss the tile or take the single tile and a shrine. Shrines, and whatever tiles you’ve got get used in the second, and not at all Mahjong-like, half of the game. This is all about arranging your tiles on a cramped play mat to score points.

Your aim is to try and create groups of tiles of the same colour. The bigger the group, the more points it will be worth. This creates an immediate dilemma: do you risk trying to build a single big group, or go for smaller, quicker scoring opportunities? The right answer depends on what tiles look to be available in the stack and what other players are collecting. It’s a tricky balancing act you’ll need to master for success.

It’s also only half of the high-wire wobbling you’ll want to consider. Once you’ve scored a group of tiles, they’re turned face down and you can place new tiles on top. You can also add one of those shrines that you take when you only pick up a single tile. Shrines score points depending on how many face-down tiles there are beneath them. So again, with an uncertain and player-driven game end, you’re balancing building high against wasting shrines.

Together, these factors interlock to create a fascinating, compelling, and rather novel whole. There’s a lot to consider with each and every move. And while there’s no direct, in-your-face interaction, the game doesn’t feel dry. Strategy is very much dependent on watching what others are doing and reacting accordingly. There’s no sense of lacking interaction when the player before you snatches the last tile you needed for a high scoring set out of pure spite. 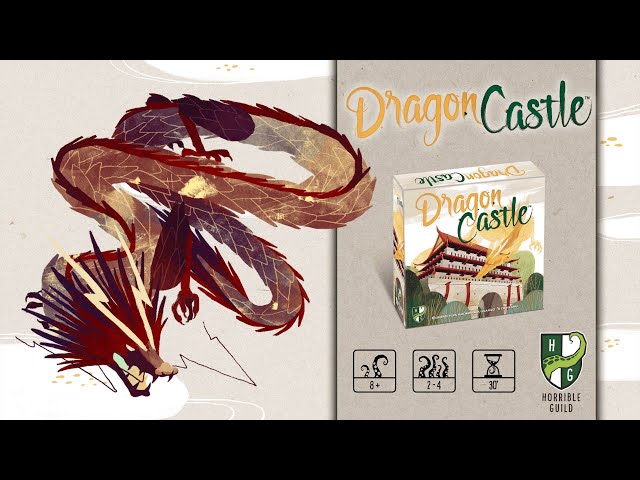 This mobile adaptation has most of the key elements in place, but it’s a little spoiled by some minor shortcomings. It looks good on screen and plays fast but on phone screens, you have to cycle between the main board and player mats. That’s a bit of a pain, but it’s essential to good play. Bigger-screen formats get to see the player mats in each corner, which is much better. There’s also, bafflingly, no undo option, which can be a bit frustrating.

There are three levels of AI but even that hardest won’t stay challenging for long, and there’s no other single-player content. Thankfully, then, the online play is fine. It’s easy to set up and join games and the asynchronous experience is smooth. It’s only a shame there’s no option to let games run longer than seven days.

Once you’ve got to grips with the base game, Dragon Castle has a bunch of variants to keep you interested. You can build the stack of tiles in a variety of different shapes for one thing, some of which work better with particular player counts. If you’ve played the physical game, you’ll understand why having an app stack piles for you is a blessing. 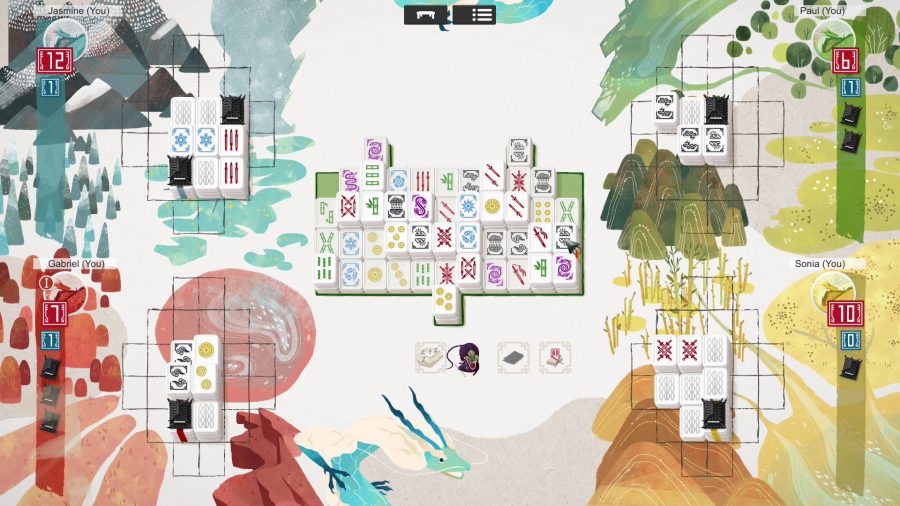 There are also a slew of Dragons and Spirits you can add to the game. The latter award all players extra victory points for fulfilling certain conditions. The Dragon of Fortitude, for example, gives an extra point per shrine placed on the edge of your mat. Spirits, meanwhile, offer a special power players can pay for by discarding a tile or shrine. The tiger-like Spirit of Destruction lets you remove a tile from the main stack, denying it to your opponents.

All the Dragons and Spirits are well designed and change the strategies needed to win, often quite drastically. The Dragon of Tranquility offers everyone bonus points for building smaller, separate stacks of tiles. It then follows that it makes more sense to build higher and shrines become more useful. Each combination makes games feel fresh.

Dragon Castle is a great board game (so much so that it sits on our best digital board games list) that deserves more time in the limelight. This app is a great way to check it out. Hopefully, the few small missing features in this adaptation won’t stop it winning a legion of new digital fans.

Dragon Castle: The Board Game review

A solid adaptation of a smart, abstract strategy title, loosely inspired by Mahjong, but with lots of novel ideas and interesting variants.

Matt has been writing about videogames and board games professionally for over a decade. He's the author of The Haynes Manual of Tabletop Games as well as freelance content on a number of high-profile sites.

Read More
The best digital board games on mobile
Dragon Castle: The Board Game review