Techland’s zombie survival title Dying Light seems to be getting a Platinum Edition, according to a report and leak from Polish video game news site ppe.pl. The Nintendo Switch release will bundle together all four major DLC releases and 17 different skin packs. The leaked imagery also seems to hint at exclusive features for the handheld hybrid, including gyro controls. The release will also seemingly include HD rumble, touch screen support, motion controls, and local and online co-op.

Dying Light is a first-person action survival horror game, where you traverse a city overrun by zombies, using parkour to scale the many buildings in the area. The title also includes creative, gory combat, as well as hordes of different enemies to destroy. With so much content packed into one release, Nintendo Switch players are sure to have plenty of hours of fun with this one.

Reviews are also currently sitting at overwhelmingly positive, so if the port is handled well this could be a fantastic Switch game.

The title is currently listed as $49.99/£49.99, the same as Xbox/PS4 versions of the title, with an estimated release date of October 2021. Boxed copies will come with a map, survival guide, and stickers. 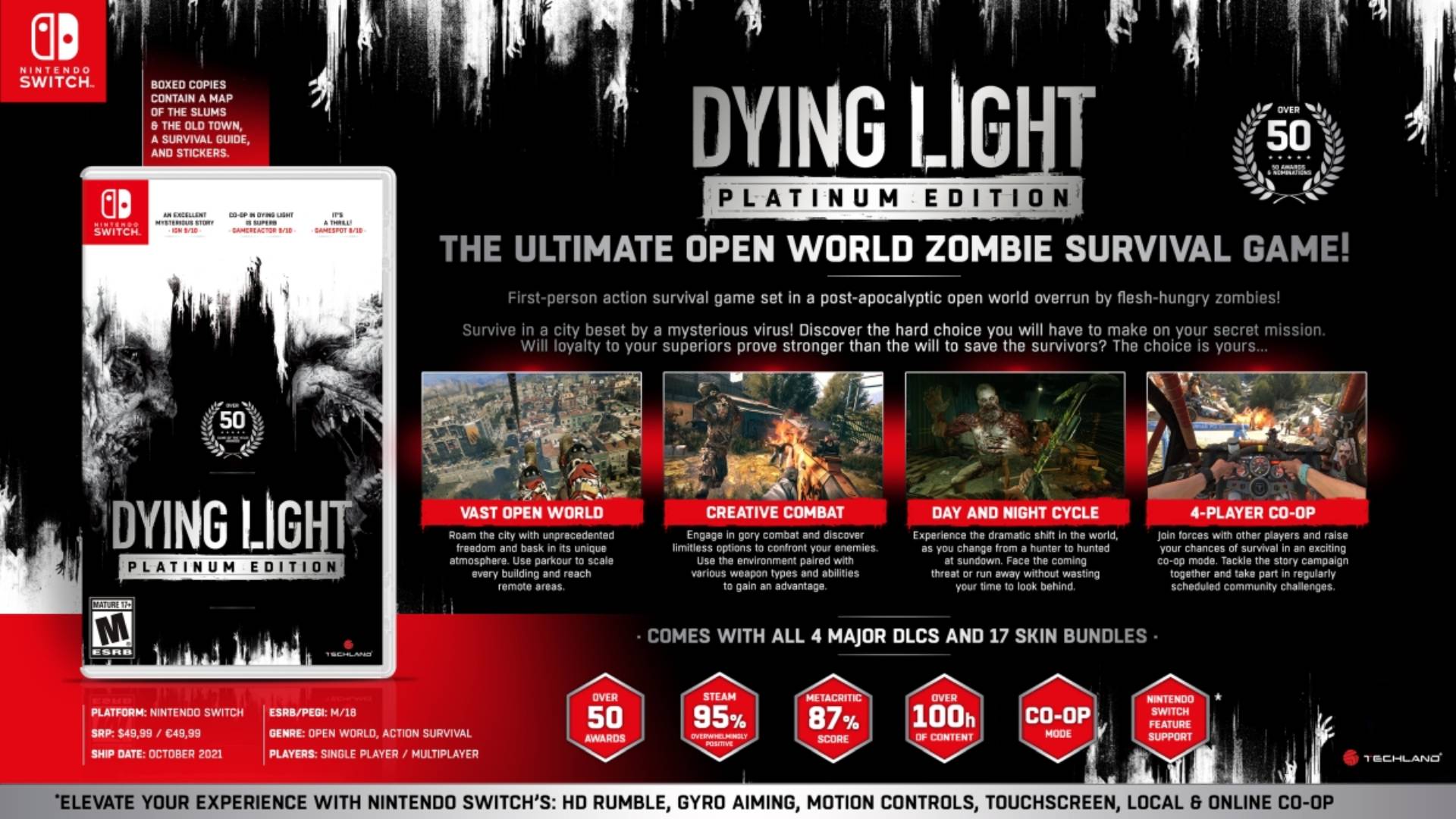 The game is also rated as a hard M/18, so it’ll certainly be one of the more mature games on Switch. Make sure you check the content inside before you buy it for your younger players.