Eastward drags you headfirst into a magically meaningful adventure-RPG, dripping with rich lore, vibrant art, a brimming sense of atmosphere, and puzzle-fueled gameplay that will suck you in at every turn. From Chucklefish, the publisher of Stardew Valley and Risk of Rain, it was hard to expect anything less, and still, I have been left stunned and extremely impressed by the unique sense of character that oozes out of every element of the game.

Of course, the first thing that strikes you about Eastward is its visual style. Inspired by 90s Japanese animation, it seamlessly unites modern 3D lighting and rich retro-pixel artwork to breathe life into the beautiful, decaying world. Every location you visit is entirely unique, hosting its own, special atmosphere as it thrums with life and impressive attention to detail. Shops open and close, clouds and plants move fluidly around you, townsfolk wander the streets, and every person you encounter has a unique pattern of movements.

While post-apocalyptic, environmental themes have become quite a trend lately, especially in indie games, Eastward’s impactful story still manages to stand out. Having lived most of their lives in an underground maze of tunnels and trailers, you follow the main, unlikely duo on an enthralling journey through the land above after they’re cast out of their previous home. Plagued by the deadly toxic presence known as Miasma, the world’s surface is a dangerous but beautiful place, and John and Sam embark on an adventure skipping from settlement to settlement, helping new friends and uncovering dark secrets as they go.

The characters of Eastward are enchanting, fun, emotive, and touching, they’re a true testament to how important building emotional connections between players and characters are. I found myself desperately hoping for the safety of minor side characters, for fear that, if they were hurt, John and Sam would be sad. 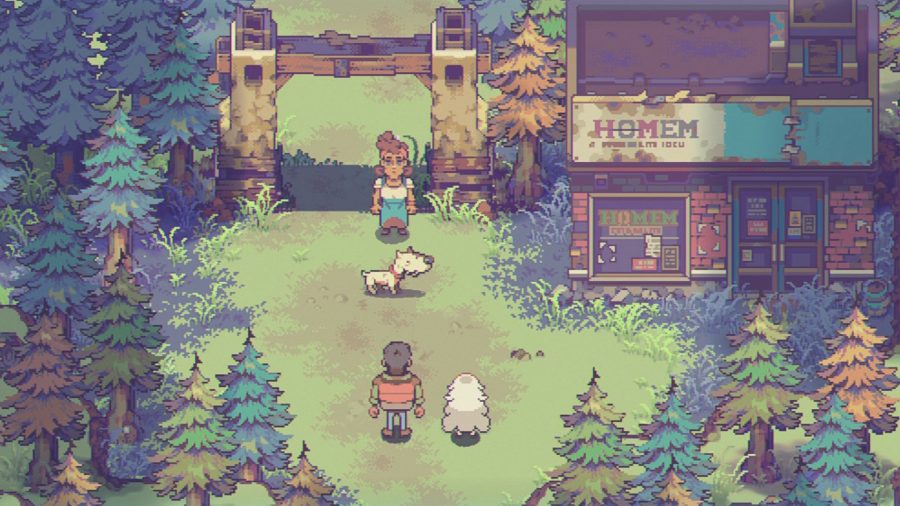 John, despite being entirely mute, is a kind and loveable person, who makes the best of every situation. He’s an expert digger, and has taken Sam in, even suffering pay cuts and sleeping on the floor to make sure the mysterious little girl has a good life. He lived underground in Potcrock Isle for 40 years before getting tangled up in the chaos that surrounds Sam and finding himself protecting her from the big, scary world above.

Sam, on the other hand, is an energetic, brave, and sometimes cheeky girl obsessed with food and video games, and is ever excited to visit new lands. When John discovered her, she was in a tank deep underground, and she has special powers that grow stronger throughout the journey. She has a keen sense of justice, and always tries to do what’s right – despite destruction seeming to follow her at every turn. 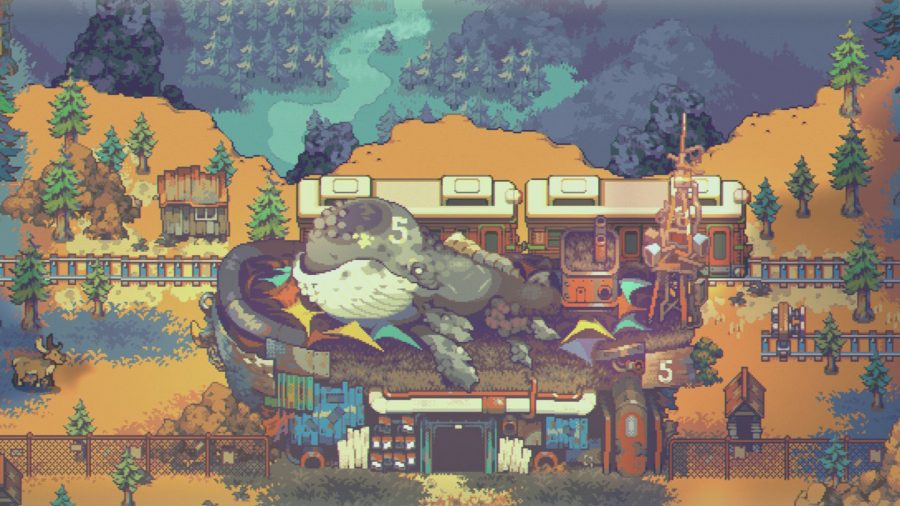 Gameplay consists of you moving from combat-free safe zones, normally in villages or cities, where you mostly interact with NPCs, take on quests, and visit shops, to forests full of beasties. Combat is unique, as you switch between John, who gains an arsenal of weapons (though I always found myself falling back on his trusty frying pan), and Sam, who has a magical light beam ability. Sam is a support character – her main abilities do no damage, but can freeze enemies, light paths, and disperse dark pools of miasma that would otherwise hurt you. Combat relies on a variety of charged and short attacks, and you will often find yourself unable to progress without some quick thinking, and switching between weapons and characters on the fly. Luckily, all of this can be done with a few quick button shortcuts, though controls take a little getting used to at first.

Enemies are great, and so imaginative. From strange duck-plants spitting bombs, to zombies whose heads explode into glowing tentacles, you are always learning new techniques to get around these bothersome baddies. Combat is also interwoven with puzzles, both enemy-based and otherwise. You will be dragging crates, smacking bombs, and splitting your characters across two separate paths in order to open doors for each other using their unique abilities. It constantly keeps you thinking, as you utilise skills you’ve previously developed – nothing is spoonfed to you, but it also isn’t so challenging that it becomes off-putting. Though, that isn’t to say it’s particularly easy – John and Sam share health, and if you happen to run out of food, you may be stuck in a loop of respawning with only one heart to your name – but the autosave feature is robust, and you will rarely be pushed back far enough for it to be frustrating. 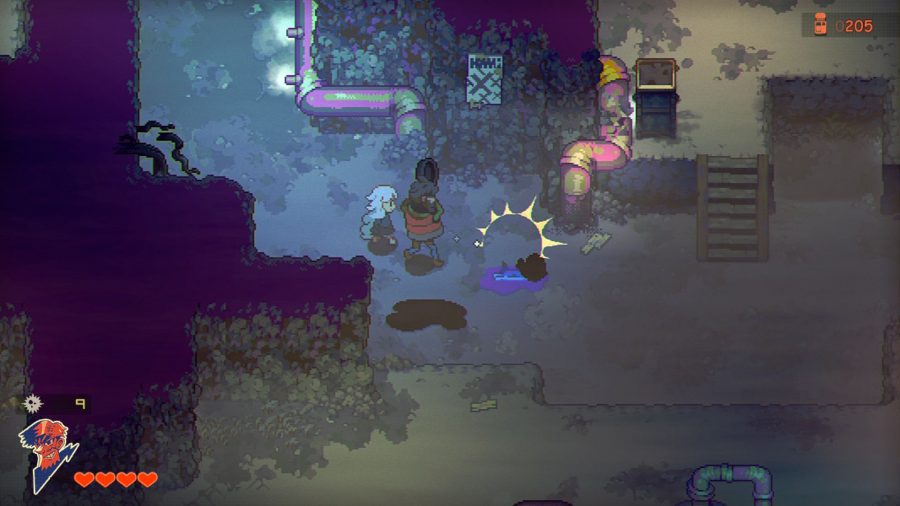 As the icing on the cake, literally everything feels rewarding. Seeing the faces of Sam and John light up when they obtain a key or open a gate, and hearing the victorious jingles which are so quintessentially RPG-like, is just delightful – I haven’t felt this accomplished when completing goals since building up towns in Far Cry 5.

The game is also dotted with great mini-games to break up the pace, which feel like a real love letter to arcade games of old. Cook nutritional, Eastwardian cuisine by mixing ingredients you find and purchase, then hit the slot machine to win big and increase buffs. Whack floating blimpigs into pens to help the owner of the local ranch. Connect wires to start power. Speak to ghosts to unveil their secret stories. There’s even a whole separate game within the game; an old-school RPG called East Born. Sam and her friends are huge fans, and you play it by hopping on arcade machines found dotted around the map. You can even collect tokens to win gachapon pods full of characters from the game series. This additional depth and attention to detail really add even more life and personality to this charming little title. 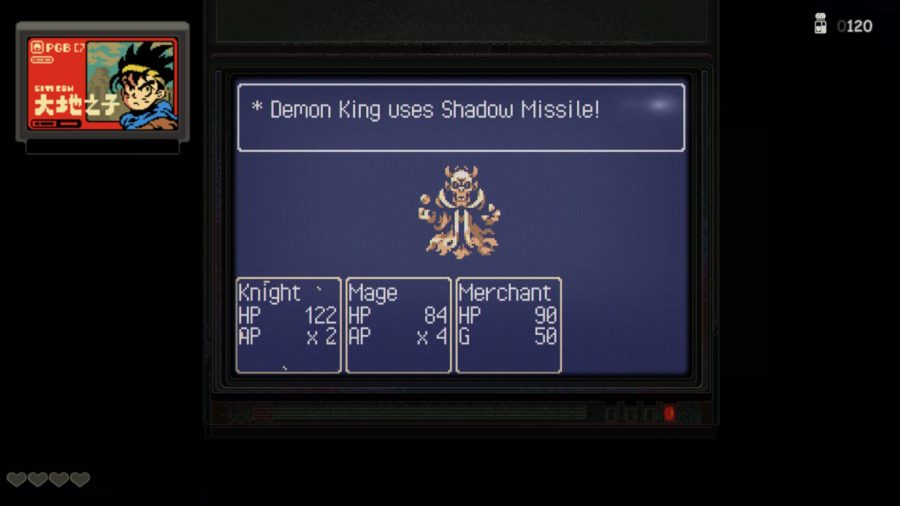 Eastward also has brilliant sound design. Its music is full of 80s, synthwave nostalgia, which change dynamically depending on the threat level, battles, and mood. Though all dialogue is text-based, the music adds a voice to the characters that further enhances their personality. Another welcome little detail is the clever use of vibration on Switch – specifically, when on or near a moving train, the rumble pulses with to reflect the tracks, which, once again, is a strong reminder that every little detail in this game was thoughtful and made with care.

In conclusion, Eastward is a beautiful and unique experience that truly feels like a passion project. It’s fun, while also being heartfelt and emotional, and its world is truly unique and enveloping, making it hard to put down. Eastward hits Switch and Steam on September 16, and I honestly can’t recommend it enough.

Eastward is a beautiful love letter to old school RPGs and arcade games, bursting with unique characters, amazing attention to detail, stunning retro-pixel artwork, and a moving story that is bound to stay with you