If you’re in the market for wireless earbuds, there’s a lot of competition right now. While everyone is cooing over AirPods, or even the AirPod pros, a great market is brewing beneath the hype that has most of the features of the premium apple products but without the hefty price tag. Edifier are making a name for themselves as a fantastic option that undercuts a lot of the higher-priced units, and the latest item is no different.

An update of the previous model, the TWS NB2 Pro is a sleek mid-range set of wireless earbuds, retailing between the £60-£80 range depending on where you look. Amazon has them in stock regularly with varying prices, and a range of colours as well. The main selling point here is probably the audio quality, which is a significant step above other mid-range earbuds. As soon you play music with a decent range, it’s clear just how much every element is shining through.

Bass is hefty, highs are still crystal clear and nothing is lost in the middle. On sound quality alone these earbuds deserve a recommendation. They’re not the studio level quality of higher ends pieces, but in the price range, you’d struggle to get much better. After listening to a few different albums and tracks, I’m blown away by the deep bass that retains a lot of clarity without sounding blown out or distorted. I tested Andy Stott – Violence and had an out of body experience.

They also fare great with stuff in the higher range, not just ear-piercing bangers. Delicate tests like Nils Frahm – Spaces all provide a fantastic listening experience that was nearer to high-end studio headphones than any wireless earbuds I’ve used before. There’s still a tiny bit of tinny reverb at higher frequencies, but these perform admirably for the price point and form factor. For the majority of my time, I’ve been testing these earbuds with video games. Both on mobile devices, and thanks to a very timely system update, I’ve had the chance to test them on the Nintendo Switch as well. 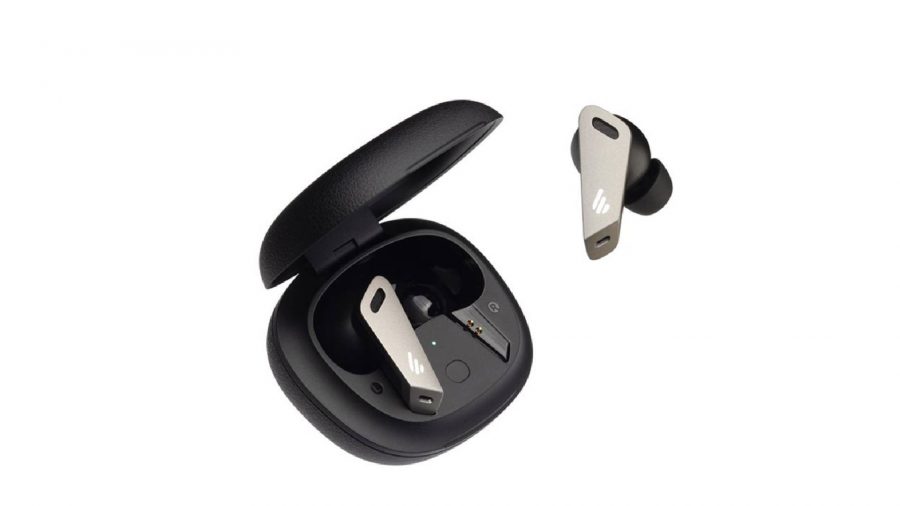 Sound performance with games is predictably excellent. Punchy lows and mids add extra weight to laser blasts, while the orchestral swells of music are given the definition they need over the sound effects. The atmosphere of Metroid Dread has incredible clarity through these, as well as keeping me transfixed with the noise-cancelling mode. These headphones can also go up to significant volumes, so maybe be a bit careful, as some excited aliens nearly cost me a pair of underwear after launching themselves out of the dark.

There’s one glaring issue sadly, and that’s latency. It depends on the game you’re playing, and how sensitive you are to it, but there’s a noticeable amount of time between actions and reactions. Mobile is slightly noticeable, but on Switch it’s a little worse. This may be down to the Nintendo Switch more than the headphones themselves, but considering I could notice it on mobile devices as well, it’s worth mentioning. It didn’t ruin my fun, especially not in more atmospheric titles like Metroid, but with Tetris Effect, the timing of the music is uniquely tied to actions, so I felt it was more of a problem there.

The Edifier TWS NB2 Pro has a suite of great functions, with spatial audio and an ambient sound mode that still allows noise where you might need it, like traffic or flight announcements. Together with the excellent noise-cancelling, these are a fantastic way to experience audio, and quickly became my preferred way of playing Nintendo Switch games, especially anything with a great soundtrack. I became so transfixed playing Tetris Effect I think I was nearly hypnotised.

Functionally, these earbuds retain a lot of modern features you would expect. You can tap the earbuds on either side to control playback, you can skip tracks, and you can easily hop into ambient sound mode or back to full noise cancelling. It can be a little bit difficult occasionally, but a majority of the time I found my taps were picked up and the right actions performed. They also have a really healthy battery life, with about 8 hours on a single charge, and additional 20-odd hours just from placing them back in the charging carry case. There’s a decent amount of time between charging the case, and they even have a quick charge feature, meaning even 15 minutes in the case will give the earbuds around two hours of charge. 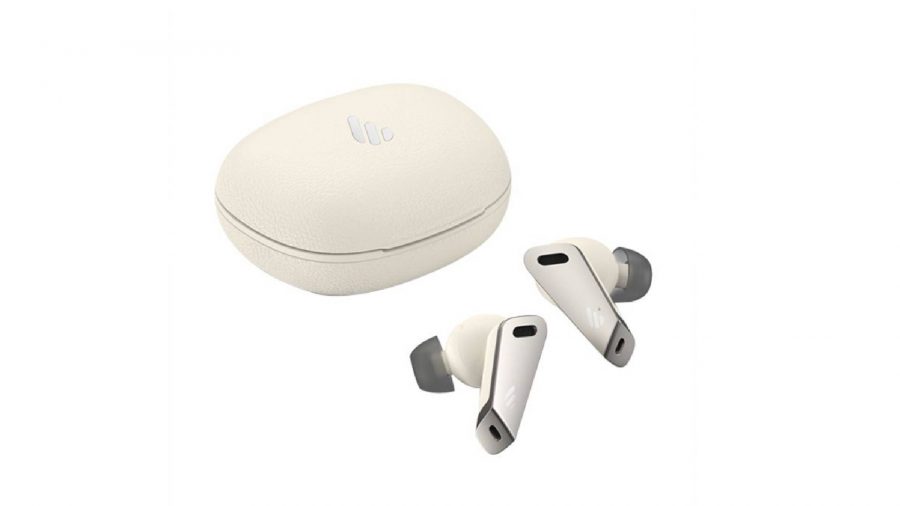 Finally, aesthetically, these are a really sleek pair of earbuds. The metal grey of the main body has a nice finish to it, and the logo is discreet. The black of the main body looks great with the grey of the outer part, and they also sit very comfortably in my ears. For whatever reason, perhaps I have weird ears, but I’ve struggled with lots of wireless earbuds to get them to stay in. The material used with the TWS NB2 Pro gives them a nice, professional feel, and they never felt likely to slip. I even tested them just playing music at the gym, and had no issues with them falling out.

If you want a decent mid-range pair of wireless earbuds, I am more than happy to recommend the Edifier TWS NB2 Pro. They do everything you expect from earbuds in this range, with a fantastic amount of clarity in sound whether listening to music or playing video games. Bass feels weighty, and highs feel spaced out enough to be easily heard. I was consistently impressed with the audio quality, and would honestly say they leaned closer to professional audio hardware than the quality you’d expect from cheap earbuds. It’s a shame that lag was noticeable while gaming, and across the board, but it’s not a deal-breaker by any means.

Minor issues aside, these are likely some of the best earbuds available in the price range, and I can easily recommend them for anyone who simply wants to enjoy their games with decent audio quality.