Ahead of the release of EndCycle VS for PC and Android on April 20, I got the opportunity to preview the game, as well as sit down with the developers over at 12B3 for a playtest. It’s the debut game from the studio, with developer duo Daniel Dorner and Gal Axis having poured over nine years into the production of their card-based fighter. Without spoiling too much, I think it’s nine years well spent.

EndCycle VS is hard to explain in simple terms, but think of it as a tactical fighter for the Smash Bros generation, with a chaotic battle system that relies on quick thinking and considered combos. For those who have played Megaman: Battle Network, you might notice some similarities in design between the two titles, thanks to both Gal and Daniel having cut their coding teeth as part of the team behind the Megaman battler.

Still, there’s more than enough to differentiate between EndCycle VS and the Battle Network series. As well as the carefully crafted and idiosyncratic card-based battle system, the imaginative game-world that 12B3 has brought to life is full of exciting original characters, from the wide-reaching roster of protagonists, to the various common enemies referred to collectively as ‘the Noise’.

After playing for a while, I noticed myself developing affection towards Q.T., a robotic member of the Noise with a sticky note smiley face affixed to its robotic spider-like shell, and I was happy to learn I could play through the game with this antagonist as well as I could any of the human characters. There’s a real charm across the whole roster, as well as an impressive variation of pixelated heroes and villains to test out in EndCycle VS’ various modes. 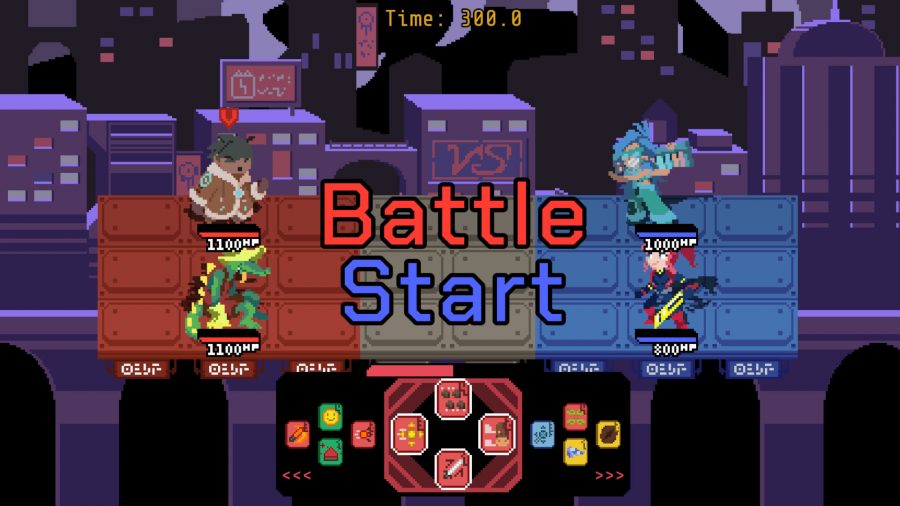 When I say various modes, I really mean it, and across EndCycle VS, there’s more than enough to get your teeth into, whether you’re a solo adventurer or an online battling brigadier. For lone fighters, there are either ‘campaign’ or ‘adventure’ story modes, or the more rogue-like options in ‘onslaught’ and ‘battle cycle’, while multiplayer mayhem ensues in the online arena through lobby matches and tournaments. You can play your preferred build across all modes, too, so there’s plenty of scope to practice and perfect your playstyle.

I was one-for-six, but damn, if I didn’t have a blast.

After having my fair share of fun in the solo segments, testing out decks and learning the ropes, I was lucky enough to get a playtest with Daniel and Gal. So, I made a fresh build, took a couple of practice runs, and prepared to show a developer how bad I am at its game for the very first time.

And show them, I did. After playing three rounds each with both members of the developer duo, I was one-for-six, but damn, if I didn’t have a blast. Like so many fighting games, there’s a noticeable difference between playing against AI and playing against another real-life opponent, especially a dev. With so many move types and combinations, I found that my solo playstyle just didn’t cut the mustard when it came to the madness of the online arena. Still, it didn’t feel disappointing. I just want to get better, and that right there is a good sign. 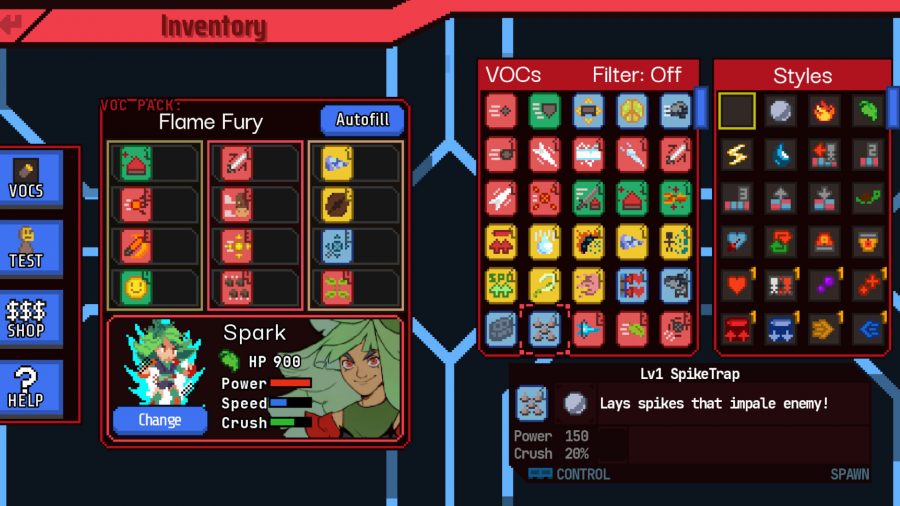 Despite my embarrassing losses, I feel that it’s in the online multiplayer that EndCycle VS comes into its own. When I was up against Daniel and Gal, I felt a familiarity, but couldn’t place it, and it was only when talking to Daniel, and he mentioned Super Smash Bros. as an influence did I recognise that it was that classic brand of fast-paced melee mayhem that I picked up on. It’s not too similar, but the likeness highlights the addictive nature of EndCycle VS’ battles.

After politely handing me my ass on a plate in their game world, I chatted to Daniel and Gal for a while about their influences, development experiences, as well as plans for EndCycle VS and 12B3.