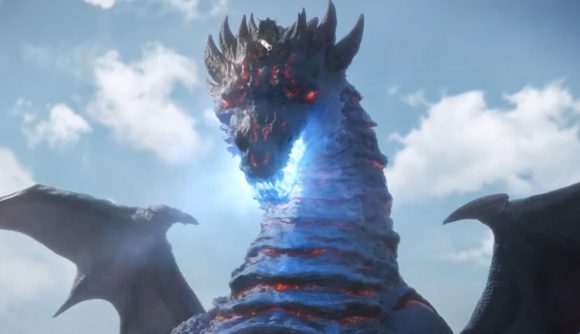 In this day and age, there’s no shortage of mobile MMORPGs to throw yourself into a world of magic, monsters, and more, so new titles need something to stand out from the crowd. For Eternal Kingdom Battle Peak, that something is the involvement of Yoshitaka Amano, the fabled Japanese artist responsible for the character design of the first instalments of Final Fantasy, as well Speed Racer, Neil Gaiman’s Sandman spin-offs, and much more.

You can see Amano’s new imaginings sooner than you might think too, with Eternal Kingdom Battle Peak pre-registration now open. The game itself is a medieval-era MMORPG, filled with magical and monstrous enemies you must best to prove your power, as well as 200-player battle modes promising full-scale warfare.

The involvement of Amano isn’t the only appearance of Japanese cultural royalty in Eternal Kingdom, with legendary rock band LUNASEA contributing the official theme song, as well as MONACA, the visionary music house behind the Smash Bros. Ultimate arrangements, providing the full soundtrack for the experience.

How can I take part in Eternal Kingdom Battle Peak pre-registration?

You can pre-register for Eternal Kingdom Battle Peak via either the Google Play store or the App store. There’s also an official website where you can keep up to date with all the latest details, as well as a Twitter competition where you can win $70 on a pre-paid card for the game before the end of July.

🧚‍♀️Retweet for a chance to win🎉

There you have it, all you need to know about Eternal Kingdom Battle Peak pre-registration, and the innovative artist that has made it all possible. For more massive worlds of swords and sorrow, be sure to check out our Xenoblade Chronicles 3 preview.