Eternal Radiance is okay. That’s my general consensus after spending hours romping through heaps of visual novel cutscenes and RPG combat. As a fan of both genres, I was pretty excited to dive in. It delivered on both counts and isn’t by any means a bad game, but I feel it lacked a certain pizazz, and unfortunately never quite succeeded in fully pulling me in.

The plot is simple, revolving around a squire named Celeste setting out to prove herself as a worthy knight and member of the Ashen Order. She makes mistakes as she endeavours to do what is right, seeks out ways to help those around her, and generally comes across as kind-hearted and noble, despite being a little forgetful and air-headed at times. Her design is adorable and fits perfectly with the classic anime style, as do the other characters she encounters. However, despite some decent character depth and the occasional heartfelt moment, there are few members of the cast that truly stand out.

Beginning the game, you’re met with around 40 minutes to an hour of visual novel content, acting as an introduction to the story and several of the characters you will be seeing throughout your adventures. The narrative here is nothing groundbreaking, retreading steps that most RPG and anime fans are familiar with in some context or another. Evil artefacts, corrupted monsters, political unrest – the norm. But it does a good job of setting the scene and introducing you to the world of Eternal Radiance, as well as helping you grasp the motivations and personalities of the characters – if not a little long-winded.

The CG art shown in the visual novel portions is lovely, with beautiful beams of light piercing through gorgeous stained glass windows, vivid characters, stunning sunsets – you can truly feel the love put in each piece. Unfortunately, you can’t explore the cities on foot, and are instead limited to static menus and restrictive dialogue options when talking to NPCs, taking a level of interactivity away that could have really enhanced the overall immersion of the game. 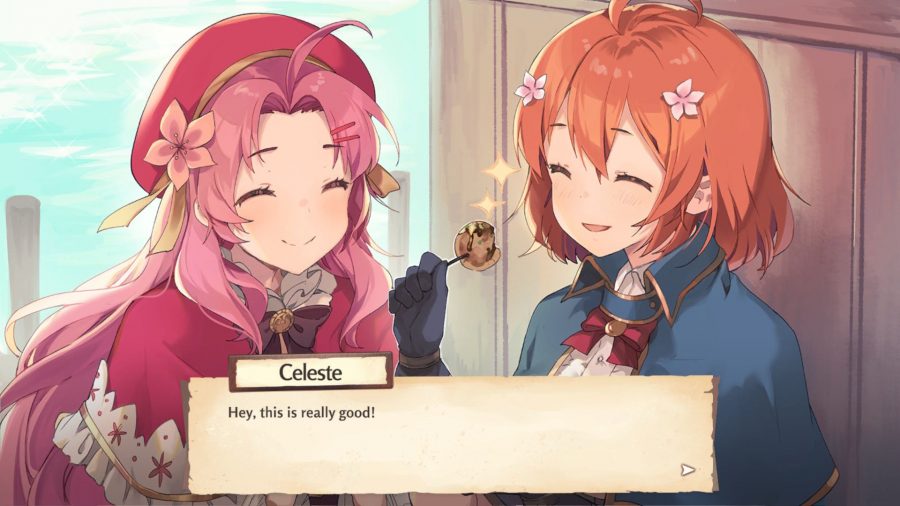 Towns are mostly reserved for purchasing items from shops, gathering intel from NPCs, and picking up side quests that generally equate to killing a certain number of enemies or randomly stumbling across an item while out in the 3D maps. Though the side quests are relatively lacklustre and dialogue doesn’t always feel impactful, there’s plenty to cycle through, helping you build a broader understanding of the world around you.

Then we come to the RPG element, which mostly revolves around mediocre third-person combat with a host of pretty generic enemies. You explore some rather linear maps, spotted with the odd save point, treasure chest, and little glowing spots that usually equate to potions, money, or quest items. Aside from that, these maps are lined with seemingly randomly placed hordes of enemies, plopped between trees and rocks in a pretty haphazard manner. 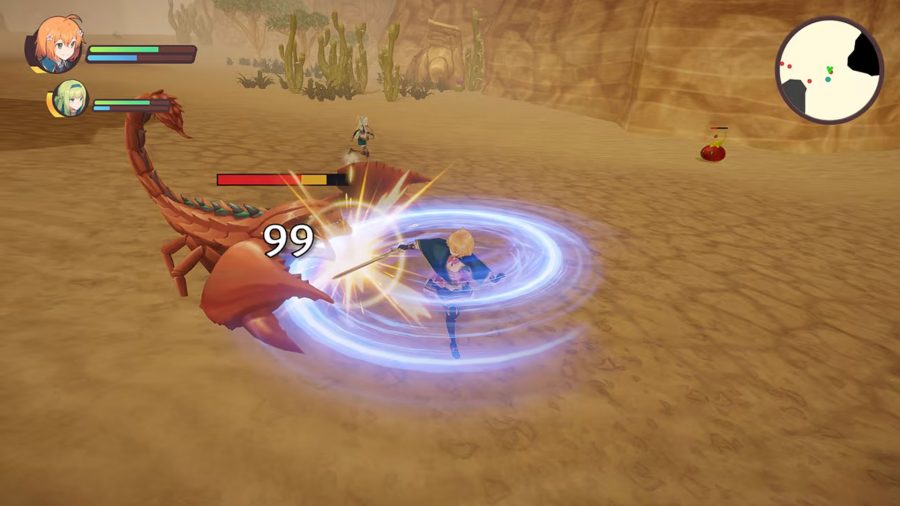 While some of the maps are beautiful and do convey a general vibe of those old-school classic action RPGs, they somehow feel hollow, especially once you’ve wandered around enough of them. You quickly learn what to expect, and aren’t really rewarded for exploring more than is required to complete your quests. Running can feel a little slippery, and sometimes punctuated with frustrating stuttering and performance issues, especially in docked mode, which makes the overall experience feel unpolished.

it does capture a certain level of that classic anime ARPG magic, but does little to stand out in a saturated genre

Combat is bolstered with some usual action RPG features such as a basic talent tree, equipable armour, skills, and such. These are fine, nothing to really write home about. The skills you unlock do very little to add oomph to your fighting experience, especially when combined with a control scheme that seemed insistent on giving me hand cramps. You have a weak attack, a strong attack, a jump, and a block bound to the standard buttons, which are transformed into spells when holding the left shoulder button. Items are accessed through a separate menu by pressing the directional arrows. While this sounds pretty standard, it feels clunky, and I found my wrists aching as I forced myself to get used to the layout and quick reactions needed when first adjusting to the uncomfortable gameplay. 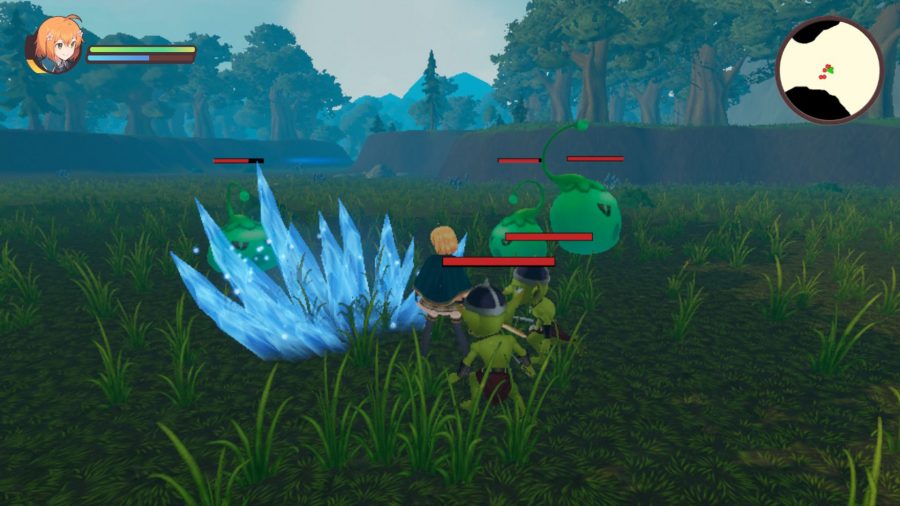 Enemies are dull and repetitive, and the main challenge is usually posed by the sheer volume of them you’ll be facing (and occasionally forgetting which button does what in the heat of the moment, in my case). But the ability to hop out and chug a couple of potions at any point, whether fighting mobs or boss battles, takes a lot of the challenge away – at least in normal mode. Just get familiar with the dodge and block buttons, pick one strong spell to spam, and most fights (and abilities) will quickly feel redundant.

The soundtrack is enjoyable for the most part, complimenting the general fantasy RPG vibe nicely, though sometimes the loop played when exploring can become a bit repetitive. Aside from that, there’s very little sound design to speak of. 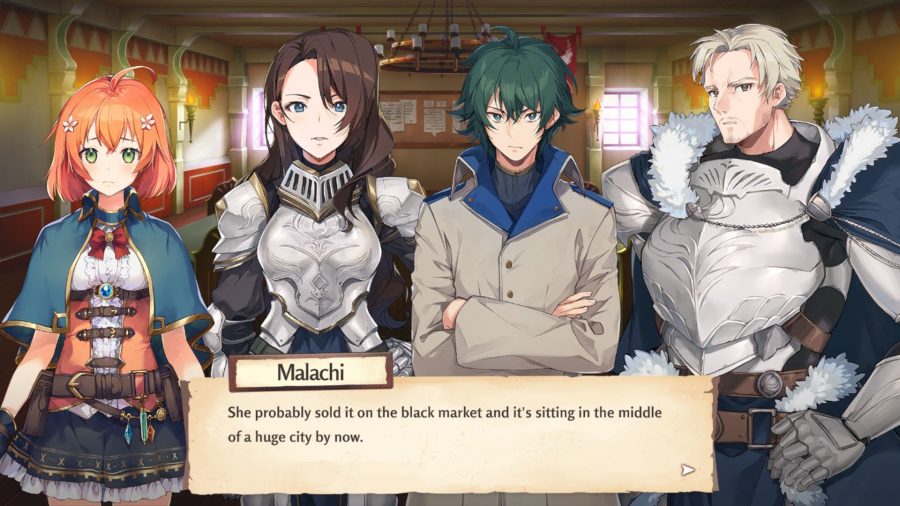 Overall, Eternal Radiance is fine. It’s a simple little visual novel action RPG, with the visual novel portions taking the forefront, bolstered by some mediocre combat. The art is lovely, and it does capture a certain level of that classic anime action RPG magic, but does very little to stand out in a pretty saturated genre. But if you can overlook some of its shortcomings, it’s a decent way to spend an afternoon.

Eternal Radiance is a nice little visual novel with some mediocre action RPG elements. It features some beautiful CG art and shows a genuine love for the classic anime ARPG genre it’s inspired by, but ultimately falls short in its clunky combat and occasional performance dips.