Popular gacha RPG Exos Heroes is entering its fourth season, Fallen Sky. Following the success of January’s Blood Rhapsody, the latest season is due to drop on June 24, and LINE Games has announced a fabulous Season 4 Eve party to celebrate.

As with its predecessors, Exos Heroes Season 4 will bring a whole load of fresh content – this time set in the new Phedas nation. Discover the story of how protagonist Zeon met Prithiof, The Silent Hero of Phedas, and go on exciting adventures in the Sky Island. Continue your journey through this new area as you face off against the evil forces threatening the continent.

Of course, the update will also introduce several extra characters, as well as the party we mentioned earlier. Read on to find out what you can expect in the form of new content and upcoming events in Exos Heroes Season 4.

As the all-powerful queen who built North Bon Frosty, Frozen Queen Misty is known as a goddess of victory by her allies and a mighty punisher by her enemies. She is one of the Seven Knights who helped the Dragon Emperor, she once led the Baikal Empire, and she is said to have the strongest abilities after Rood.

Shadow Bane is a secret society situated on the continent, where most members hide behind masks to protect their identities. Luna may be an agent among them, but she is very different indeed, as she lives life by her own rules.

Melissa is the leader of the secret society of Shadow Bane. Under her leadership, they steal the lives of others to balance the power of the continent, but this balance depends on the will of Melissa alone.

A former G1 Class Agent of Shadow Bane, Garland reached the highest rank through his wide range of unique skills. Being dubbed the ‘guardian of balance’ within the organisation, he is respected for his ability to solve problems and maintain balance without hesitation. 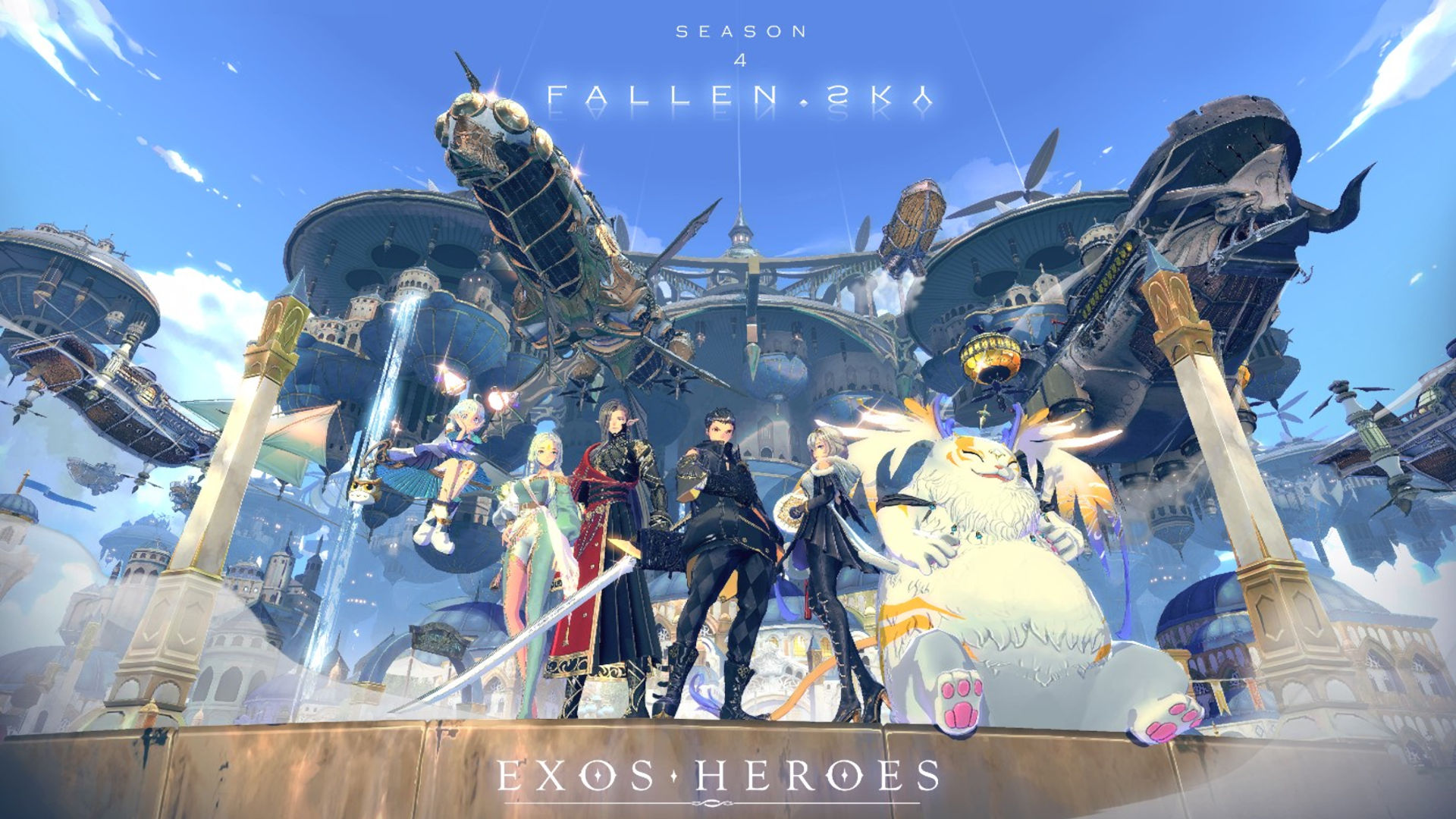 With Season 4, Exos Heroes is also introducing an exciting new PvE mode. You will soon be able to compare your dungeon progress, and the more difficult the dungeon is, the more points you will get. You can also use the sequential battle function to initiate automatic combat, allowing you to sit back and watch the points come rolling in. The weekly ranking is, of course, determined by points earned, and you can earn awesome rewards based on where you place.

In Arkvurze, you can participate in one-on-one battles against other users on the same server. In order to access Arkvurze, you have to have a total of 40 or more heroes, including 20 front-row heroes and 20 rear-row heroes – so keep that in mind! There are three stages to Arkvurze, as detailed below.

Arkvurze is released on a seasonal system, and can only be played during the course of the season – at the end of which, you can earn some cool rewards according to your tier.

The Path of Trials will see the Saint West bosses make their return in the new Path of the Silent Dead. Divided into 14 boss stages, you will get a chance to battle the bosses who have come back and are now stronger than ever.

New convenience features for a better gameplay experience
The maximum number of alliances has increased from 50 to 75
The core sharing slot has expanded from one to two
Obtainable amount of Solarseal increased to 30%
RANK2 equipment is coming. 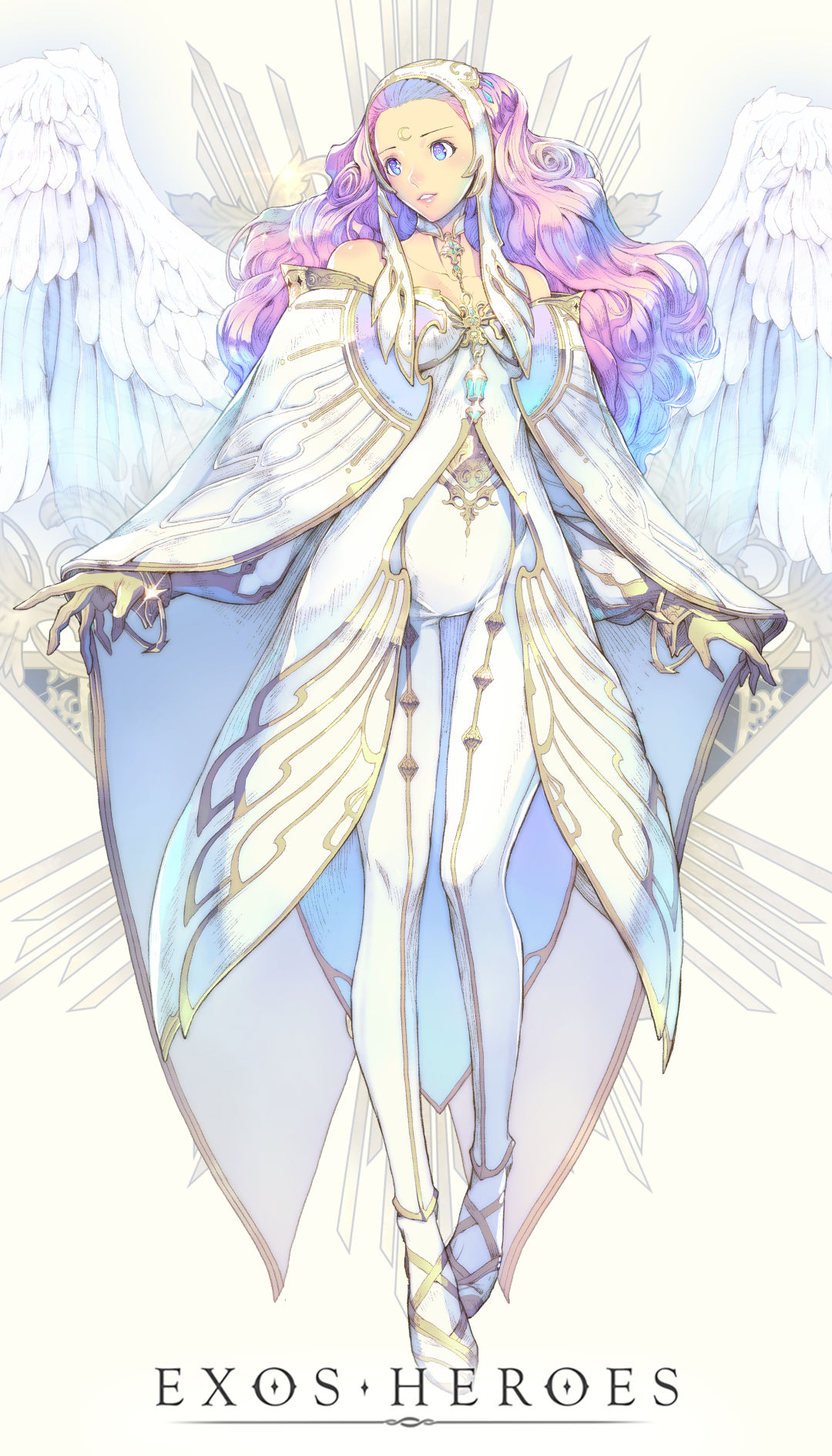 Needless to say, Exos Heroes Season 4 and the party preceding it are going to be huge for any RPG fans on mobile. If you want to join in the celebrations for yourself, you can head over to your mobile store of choice to get adventuring today.