LINE Games has announced its latest Exos Heroes crossover, which introduces your favourite characters from Is It Wrong to Try to Pick Up Girls in a Dungeon? III. The collaboration kicks off today and will run for two weeks, ending on April 21. During that time, you can collect hit characters Bell Cranel, Ryu Lion, and Ais Wallenstein through Chance Increase Recruit.

That’s not all, of course. There’s also a ton of special events to celebrate the crossover, the most exciting of which is a themed Core Raid. Participate, and you can collect Ryu Lion as a step-up reward, which is pretty handy. Other events include ‘7 Days of Gifts’, which gives you another opportunity to get a free Ryu Lion, and ‘Premium Recruit’, which gifts you a whopping 77 free characters during the event. 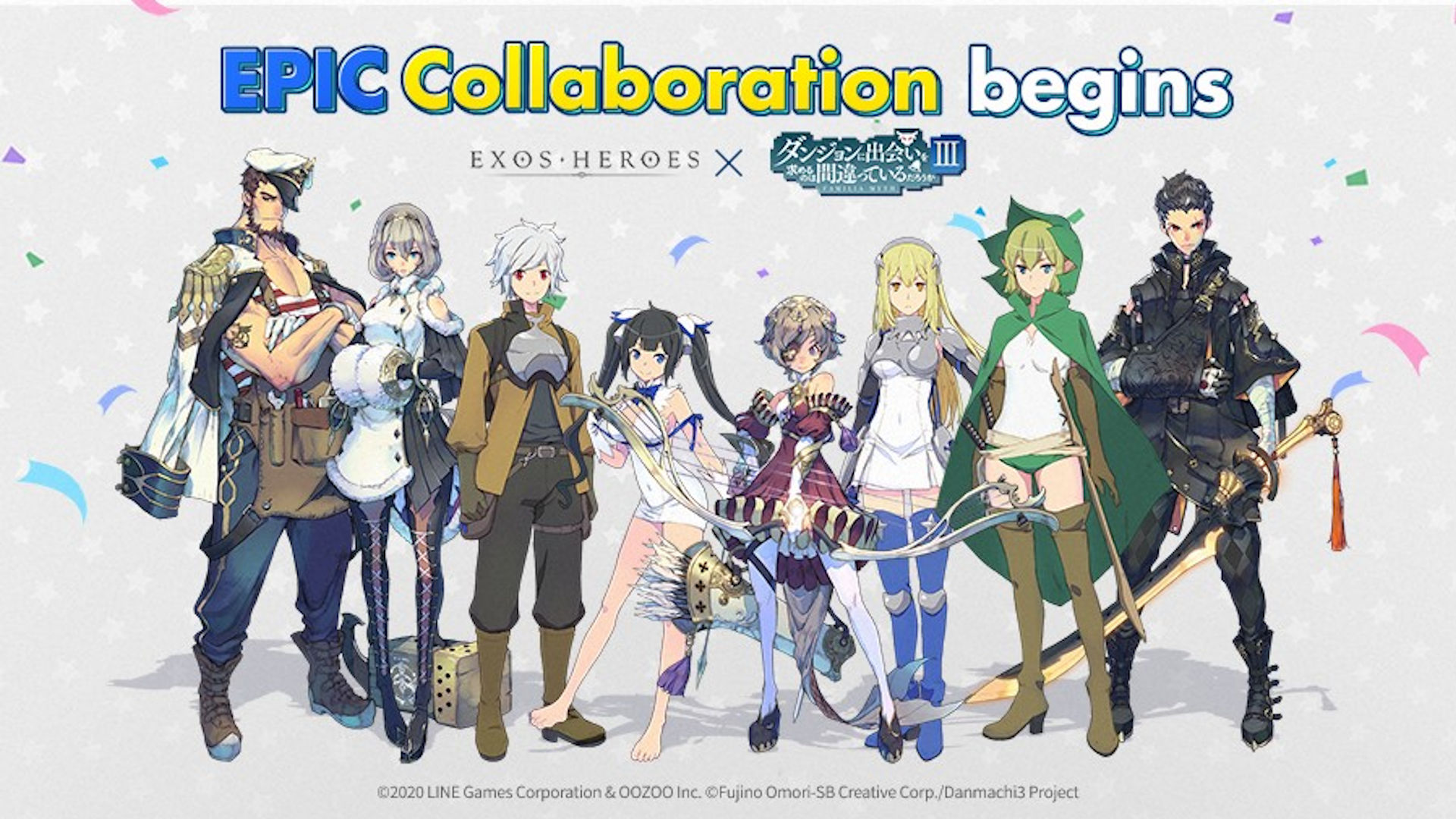 That’s plenty of content for Exos Heroes fans to dig into. If you haven’t checked it out yet, it’s a visually impressive gacha game that sees you become an airship captain and explore the Exos continent as you seek Exestruk, the emperor’s missing sword. You can physically explore an open world map, much like in a classic JRPG, as you seek treasure, level up your characters, and participate in a ton of battles.

If you’d like to check it out, you can grab Exos Heroes right now from the App Store or Google Play for free. It’s the perfect time to try, given the number of free recruits on offer as part of the exciting Is It Wrong to Try to Pick Up Girls in a Dungeon? III crossover event.