Famicom Detective Club is a gorgeous remake of two 30-year-old games, The Missing Heir and The Girl Who Stands Behind. The titles originally debuted on the NES back in the 1980s, and cast you as a young detective who solves crimes at the Utsugi Detective Agency. I have a great love for mystery games and anime, and went into both games blind so the story wouldn’t be spoiled.

The first game in the series is The Missing Heir. You begin the game at the bottom of a steep cliff with a serious case of amnesia, meaning you don’t know why you’re there, or even who you are. You soon realise you’re there to work out whether or not the death of the rich and powerful Kiku Ayashiro was from natural causes, or if foul play is involved.

In The Missing Girl Who Stands Behind, you’re a fresh-faced detective who must solve the death of a local student named Yoko Kojima. To work out whodunit, you must investigate Ushimitsu High School, speak to the students, and learn more about a dark rumour that involves a ghostly presence.

I was slightly confused after playing the first ten minutes or so of The Girl Who Stands Behind, as I had no idea it’s actually a prequel to The Missing Heir. So, feel free to play whichever game appeals to you more in the first instance. 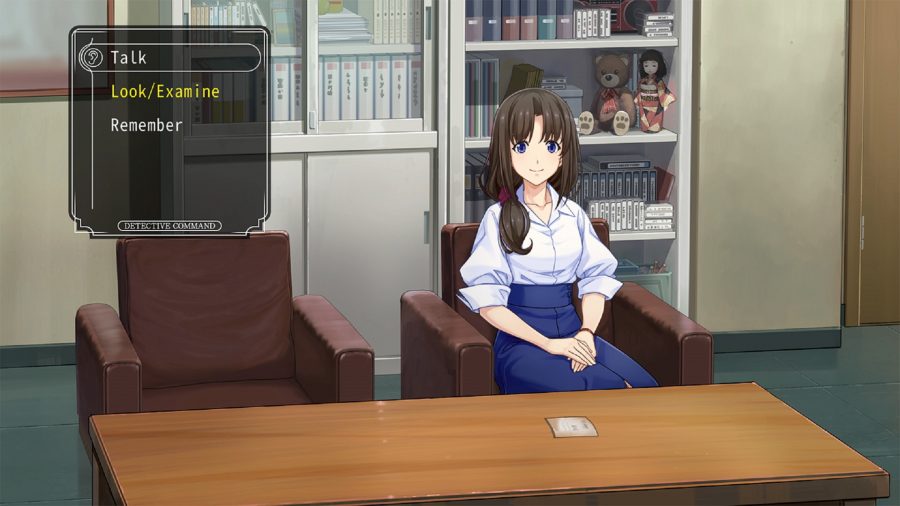 Both games are very similar gameplay experiences, you must search crime scenes and cross-examine witnesses by navigating through a simplistic menu. Sometimes you need to choose the same option numerous times in order to get the answer you require, which isn’t made entirely clear from the get-go, this can leave you slightly confused after exhausting each option for the first time.

After a few hours of play, I was well aware that I had to repeat certain dialogue options, but even with this knowledge, it became a pain when I had numerous areas to travel between, each with a couple of people who you can ask ten or so questions. Despite this, once you get on track with your investigation the story flows smoothly and the twists and turns make a little bit of frustration a small price to pay.

Where Famicom Detective Club truly shines is with its compelling storytelling and whimsical NPCs. Each new character I met had something interesting to say, and added to the mystery in surprising ways. Even when I finished playing for the day I found myself reflecting on the progress I made and wondering who the culprit may be. 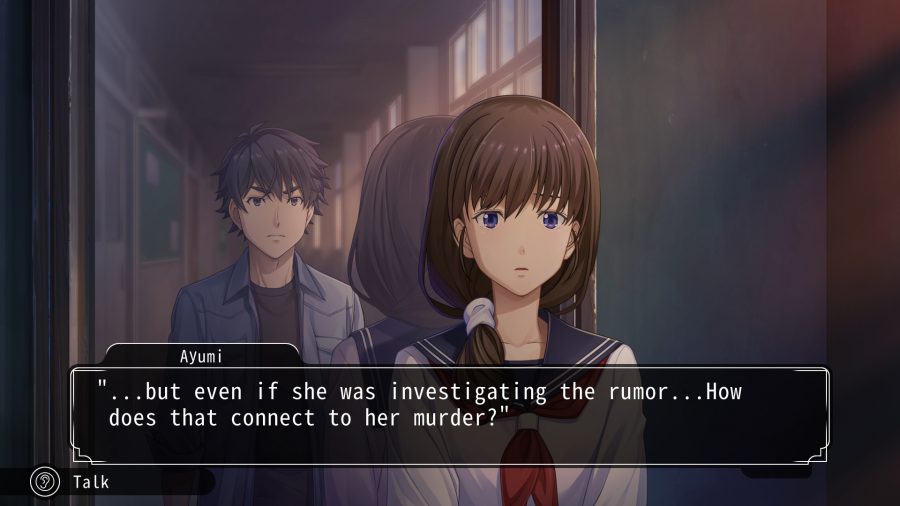 For those of you wondering how the Switch and NES versions differ, the remake includes stunning hand-drawn art, fully voiced characters, quality of life improvements to help things feel more modern, and a fully arranged soundtrack that helps make the game feel fresh. You can also choose to use the original soundtrack if you’re feeling a little nostalgic. I frequently swapped between the two as they both sound great and switch up the atmosphere in interesting ways.

After an evening away from the game, I returned and prepared to rack my brain a little to remember what progress I made during my previous play session. Luckily, Famicom Detective Club has a nifty little feature that allows you to review all the progress you made in the past. This is perfect for when you have a couple of days break from the game before returning.

If you’re not a fan of visual novels, I sadly wouldn’t recommend Famicom Detective Club to you. However, if you’re like me and enjoy story-heavy games, you will love the fully voiced characters, gorgeous anime art style, and beautifully arranged soundtrack.

Famicom Detective Club has a wonderful art style, intriguing characters, and compelling mysteries to solve. However, the one aspect that lets the game down is its repetitive gameplay aspects.