We’ve seen an impressive crop of side-scrolling titles in recent years. Look at games like Kingdom: Two Crowns and you see how even a side-scroller makes for a strategic resource management game with a great deal of depth. Other games like Playdead’s Limbo and Inside have elevated the side-scroller to even greater heights, creating narrative masterpieces that have met with huge critical success, and are beloved years after their initial release. So what exactly makes side-scrollers so special?

Part of me thinks it’s the way they are so perfectly designed to expose a game world, as you travel in a straight line, with each new surprise lingering just out of sight. It’s also the perfect structure for a character’s journey, as that straight line through the world sets them on a course with many obstacles and puzzles to overcome.

But most of all, side-scrollers are often about uncovering a deeper mystery. Your character is travelling in one direction, towards an inevitable end-point. What is this ‘destination’? More importantly, what does it mean to them?

Hoist the sails, and watch the gorgeous scenery roll by beneath you.

Far: Lone Sails is all about journeys and destinations. In the game you play as a mysterious character who has constructed a landship with which to travel the world. We don’t know what they are hoping to find, but the sparseness of the world, and the lack of other people imply a possible post-apocalyptic setup. All we know for sure is that they are set on making this journey.

The game revolves around trying to keep your landship running, whether by fuelling its engine – with oil drums or random items you find – releasing steam to grant you a boost of speed, or repairing parts of the ship when things go wrong (and they will go wrong). You accomplish these tasks primarily through platforming, as you hop around inside the ship, pushing buttons, and trying to keep on top of everything. This lets you build speed to smash through obstacles and travel through the world. 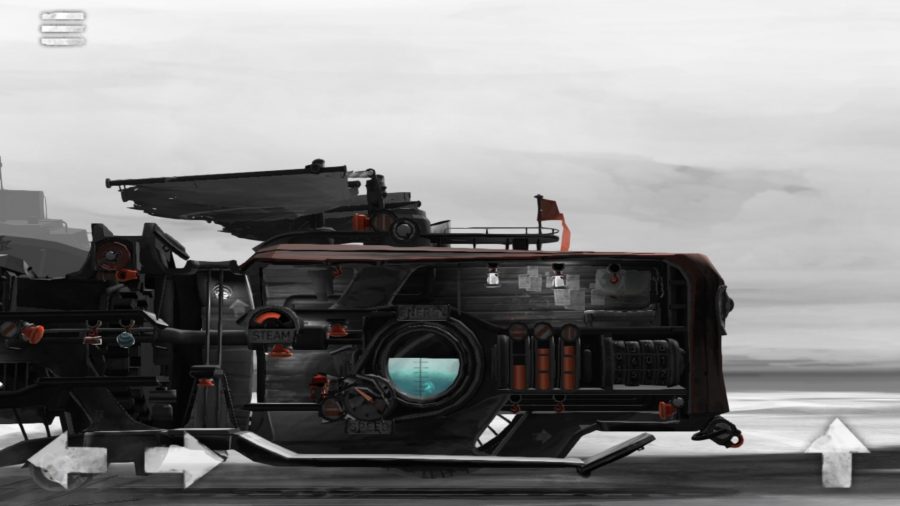 But this description makes the game sound pretty manic, and that really doesn’t do it justice. Far is crazy at times, but it’s also got a little bit of Alto’s Odyssey and the chill endless runner about it, as you hoist the sails, and watch the gorgeous scenery roll by beneath you. Far is a game that tries to balance manic and relaxing, and is successful most of the time.

As you travel through the world you come across gates that you can’t smash, and these represent the game’s smaller puzzle sections where you exit the ship and have to find a way to open up the path ahead. These puzzles aren’t especially complex, but they do provide a welcome change of pace to putting out fires and shoveling fuel into your ship. They also allow you to attach new parts, which add extra elements of play, and make the overall process of running it easier. 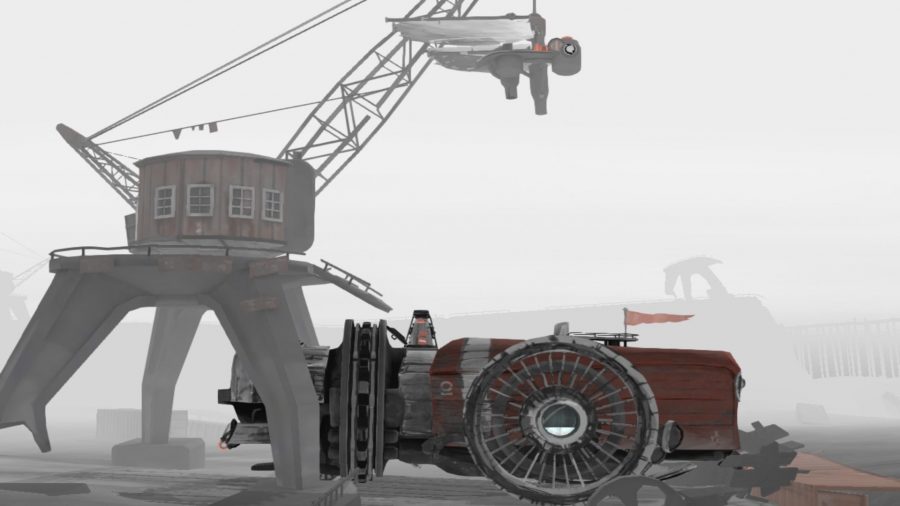 Far does a decent job of using its lonely world and lack of people to gradually expose its lore through the scenery. Whether it’s beached and rusted tankers, vacant villages, or ruined industrial areas, the scenic surroundings really make it feel like you are progressing through different regions. It does feel a little lacking in narrative at points, especially in regards to your own character, but in general it doesn’t feel like who you are is especially important, only that you keep moving through the world.

One of my favourite aspects of Far is that you can use any item as fuel. Throughout the world you'll find precious objects such as a plant or a working radio, and you'll have to decide whether you're willing to sacrifice them for progress.

Despite my enjoyment, I did find a few frustrations with Far. Its camera system feels quite unintuitive for iPad at times, and you have to manually adjust between three degrees of zoom, the furthest of which doesn’t allow you to see inside the ship, even if you are still inside of it. You also can’t adjust the camera while you’re moving or doing anything else, which feels quite clunky. This doesn’t hamper the game too much, but it’s an added frustration in a game where you’re expected to stay on top of managing the ship. 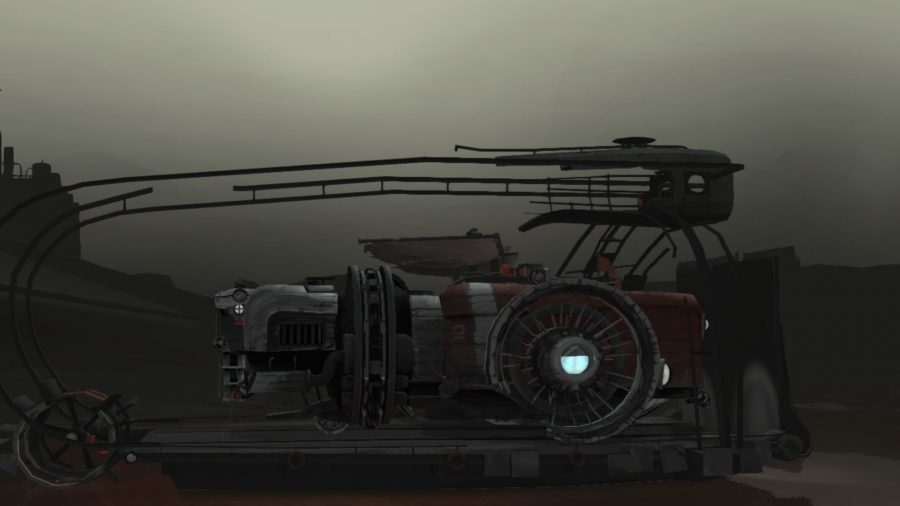 It can also be extremely hard to see in some of Far’s darkest sections, though, luckily, they don’t comprise much of the game at all. Overall, I had a lot of fun with Far, and a side-scroller is the perfect structure for a game about journeying through the world, and overcoming obstacles. The actual ship management reminded me a lot of the wonderful game, 39 Days to Mars, and that comparison couldn’t help but make Far’s lack of split-screen co-op feel noticeable, though.

Far is a game that would be excellent in split-screen, as you tackle the ship’s tasks and try to stay on top of everything. It would require a slightly more intuitive camera system, though. Maybe in a sequel? On the whole, Far is an interesting iOS indie game, and has some great ideas considering it’s only going to set you back $3.99 (£3.99). Though I found certain frustrations, they were nowhere near enough to outweigh the game’s sense of charm, and beautiful scenery.

Far: Lone Sails is available to download on the App Store from October 22.