If you’re a fan of mobile MMORPGs, then you’ve probably been eyeing up newcomer Forsaken World: Gods and Demons for some time now. It’s one of the best-looking mobile entries in some time, and features a colossal amount of content that you can automatically battle through to your heart’s content. The problem is, where do you even begin when choosing your class?

What is the Forsaken World: Gods and Demons best class, we hear you cry? Well, it’s not a particularly easy question to answer, as it depends on numerous factors. There are some among you that are only interested in the best class statistically, while others are more invested in a particular playstyle. There may even be a few of you that just want something new and interesting to freshen up the MMORPG formula.

So, what we’re saying, is that the best class is subjective. However, we want to answer the question regardless, and will take a number of different factors into account in our article below. We’ll detail all of the classes on offer, and what you can expect from their playstyles, before answering your questions. 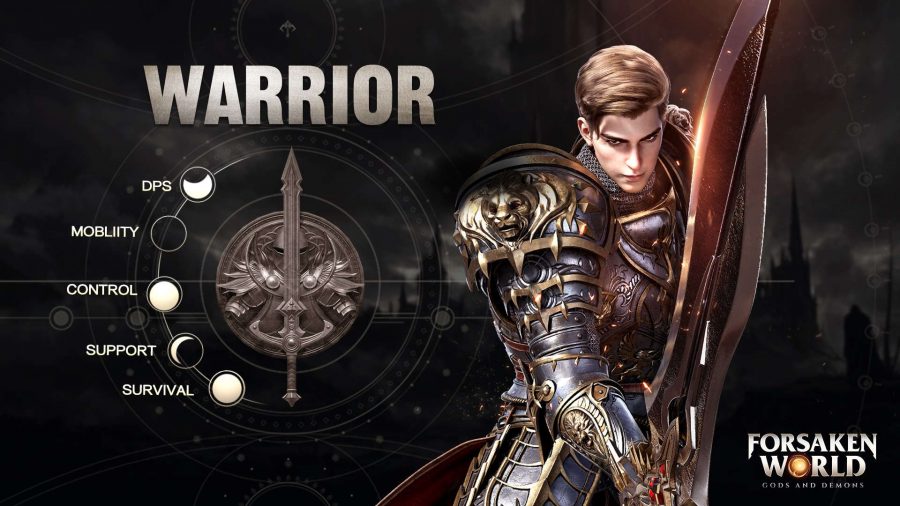 If you’re a fan of tanks or AoE melee DPS roles in MMORPGs, the Warrior is the choice for you. With the highest survivability of all classes coupled with moderate DPS, the Warrior is a real powerhouse.

Warriors can specialise in defence with the Paladin subclass, or double down on DPS by opting for the Hexblade. 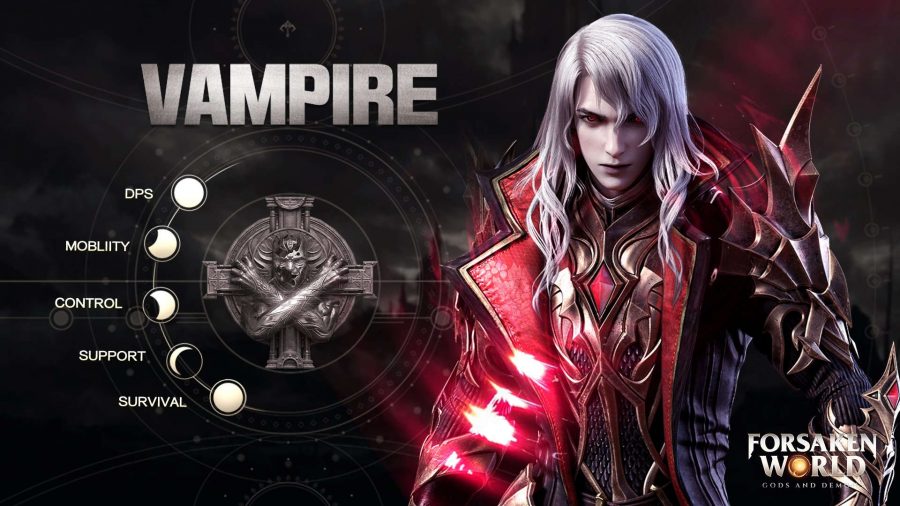 Vampires are the dark magic class, which play similarly to warlocks and necromancers. Expect debuffs aplenty, and a surprising amount of survivability thanks to the ability to leech life off your opponents.

You can really dig into the damage potential of Vampires by specialising in the Flamebringer subclass, or focus on surviving as a Shadowcrafter. 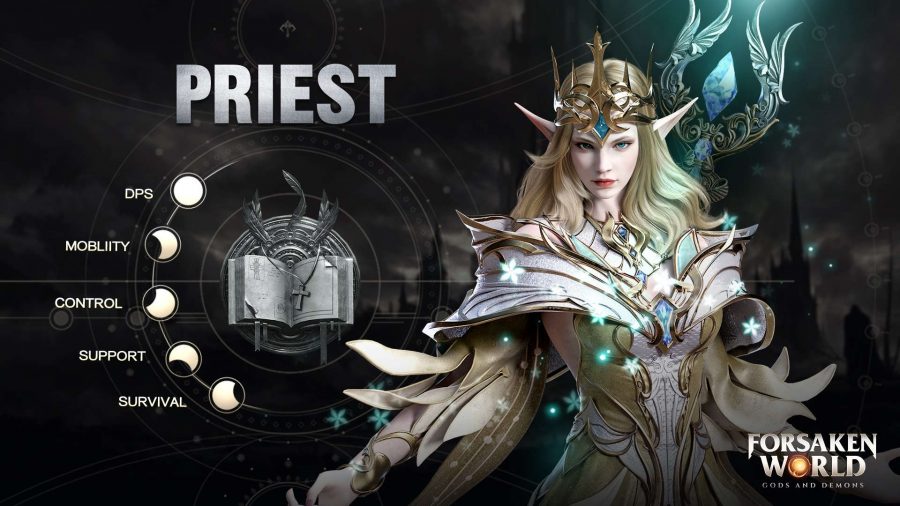 Priest is the support specialist, capable of buffing and healing allies in equal measure. If you take down a tough dungeon as a team, it’s no doubt in large part thanks to the Priest.

Celestials are the support-focused Priest subclass, though you can deal a surprising amount of damage as an Oracle. 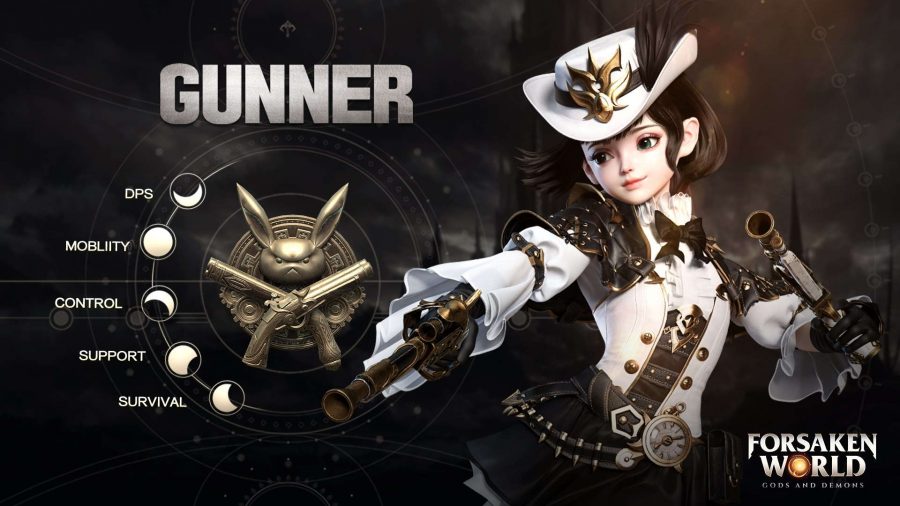 Gunners are a bit of a hybrid role between damage and support. Fighting on the backlines with dual pistols, the Gunner is about as hybrid a role as you can find.

Gunslingers double down on DPS and mobility, while Artificers are the jack-of-all-trades, dealing respectable damage while supporting teammates. 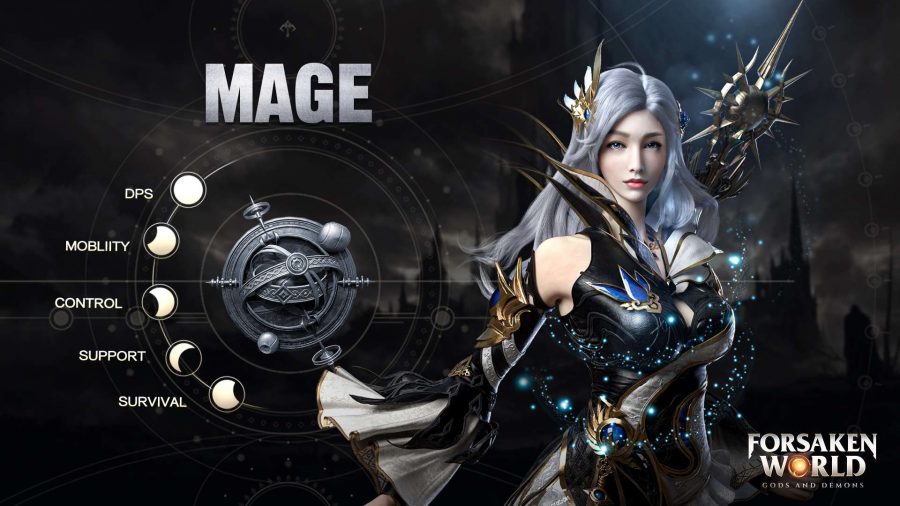 If you like to leave the surviving and supporting to your teammates while showering your enemies with pure damage, go with the Mage.

Elementalist specialists are the DPS specialists in Forsaken World, while Arcanists fulfil a more support role that specialises in crowd control. 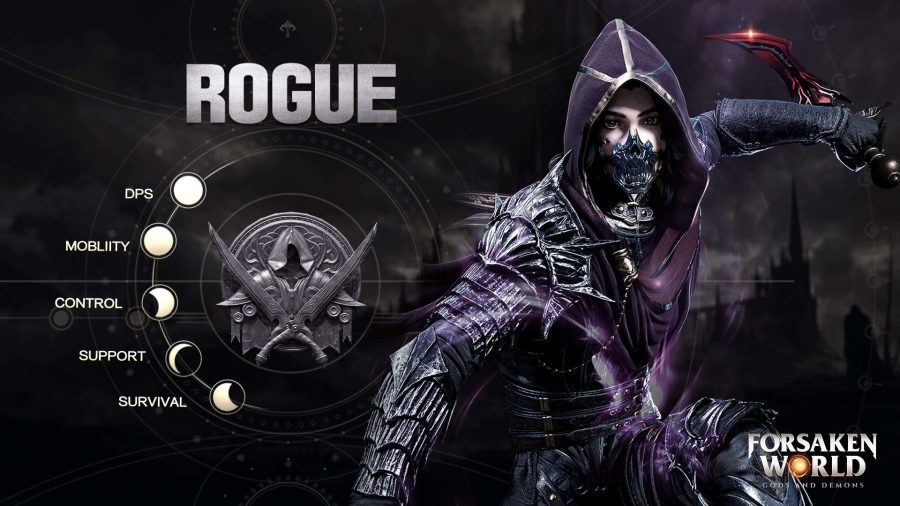 PvP players always flock to the master of murder itself, the Rogue. This stealthy melee DPS role can kill you before you even realise they were there in the first place.

Assassins prefer to get stuck in the fight while Shadows are your stealthy specialists that like to wait for the perfect opportunity to get stabby. 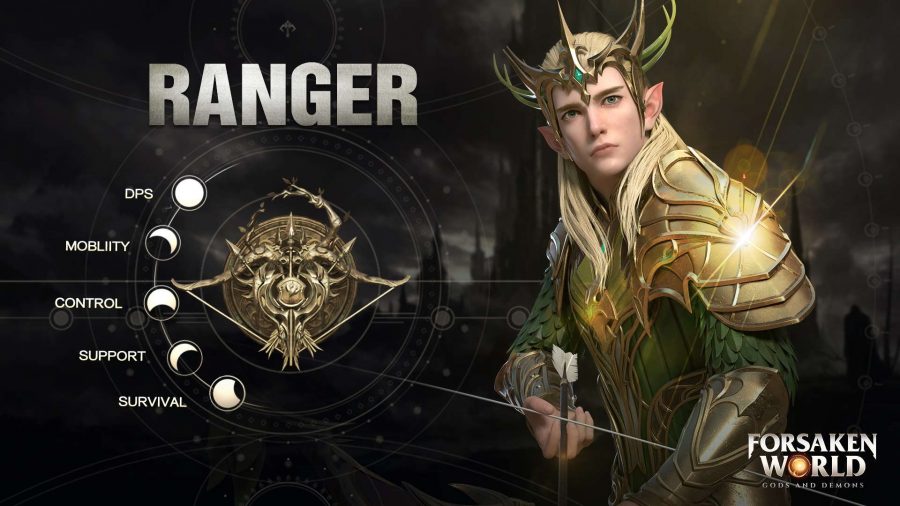 Much like the Gunner, the Ranger is a ranged class that can fulfill a variety of different roles. This time around, it’s ranged DPS and crowd control.

The sharpshooter focuses on these two in particular, while the Jungle subclass can summon pets to help them in the battlefield.

As we inferred in the opening of this article, there is no singular best class. Rather, there are best classes for different roles:

What about the most interesting class?

If you’re a fan of swapping your playstyle to meet different circumstances, or are simply looking for something a little different from the norm, we recommend the following classes: