Microsoft has continued its foray into mobile gaming with the introduction of Forza Street, a stripped-back, street racing spin-off of the excellent Forza series. This follows hot on the heels of Gears Pop, which launched last year in a valiant effort to take Clash Royale’s crown. It didn’t achieve that, but it did, at least, attempt to innovate within the genre thanks to its cover system.

Sadly, Forza Street doesn’t have that level of ambition, and opts to play it safe, with an experience that will prove instantly familiar to anyone who’s played a mobile racer in the past few years. It really doesn’t do an awful lot to distinguish itself from the likes of CSR Racing 2 or Asphalt Street Storm Racing, which doesn’t necessarily make it a bad game, but does make you question why you would play this over already established experiences.

The core loop is instantly familiar, with you working your way through a number of different ‘events’. These are made up of a number of different races, which each play identically, and provide you with various different rewards depending on the route you choose to progress through. That does mean that there’s a certain level of replayability for each event, but it doesn’t necessarily encourage you to do so.

Well, unless unlocking a huge car collection drives you, and you can certainly do that here. There are currently 67 fully-licensed vehicles in Forza Street, with fan favourites from the likes of BMW, Ford, Lamborghini, and more to unlock. You do so by spending in-game currency to unlock a car at random, Gacha-style. You can either earn this currency by playing or purchase it directly using your actual money.

Forza Street is a lot more friendly on your wallet than many of its free-to-play competitors; at least initially. We’ve managed to collect half of the current car collection without spending a single penny, and are still getting plenty of currency to purchase more, as well as cards, which allow you to pull a single car without spending credits.

You can pull the same car multiple times though, so you won’t always necessarily get something new. This isn’t a disaster though, as it will improve the performance of your vehicle. Speaking of which, that’s primarily why you participate in the events we mentioned earlier: to unlock the currency and components required to upgrade your collection of cars. 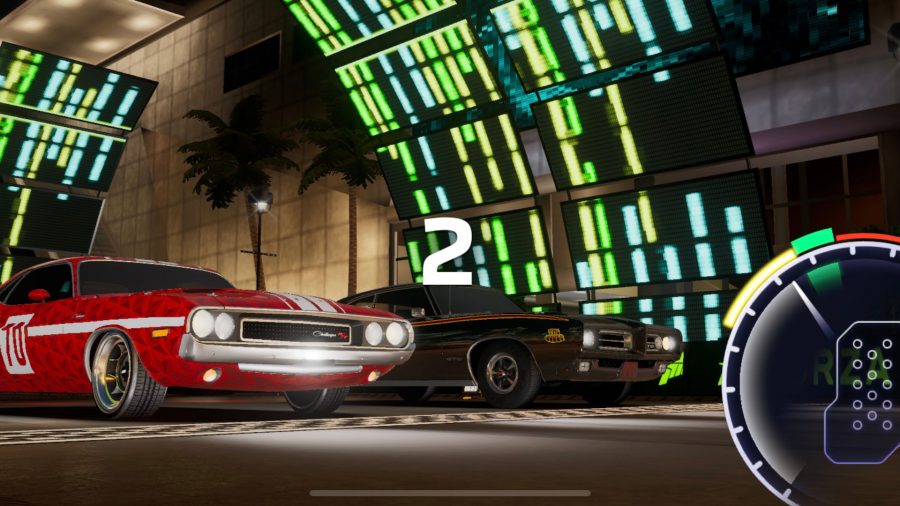 Yes, that does result in a certain level of grind; particularly if you want to upgrade a wide selection of vehicles. That’s not entirely necessary though, as you can only bring a handful of cars into each event with you. Unless you plan on participating in multiple different events simultaneously, which is possible, you can get by with a small number of souped-up vehicles.

There are a number of different classes of vehicle in Forza Street, so we thought we'd help you make sense of them.

Aside from story events, there are also spotlight, upgrade, and rival events. Spotlight provides you with a chance to unlock a specific rare car each week, upgrade provides you with upgrade resources for specific classes of vehicles (see our boxout to the right for more details), and rivals allows you to compete against another player’s car in a head-to-head, which allows you to increase your place on the leaderboard and increase your tier for extra rewards.

At this point, you’re probably wondering why we haven’t mentioned the gameplay. That’s actually pretty telling of the Forza Street experience, as there really isn’t very much of it. In fact, you can actually skip the gameplay entirely if your car is powerful enough. It is a shame, because, while overly-simplistic, Forza Street’s gameplay does actually emulate the feel of watching drag racing quite well. It brought us back to our misspent youth watching the early Fast and Furious movies. 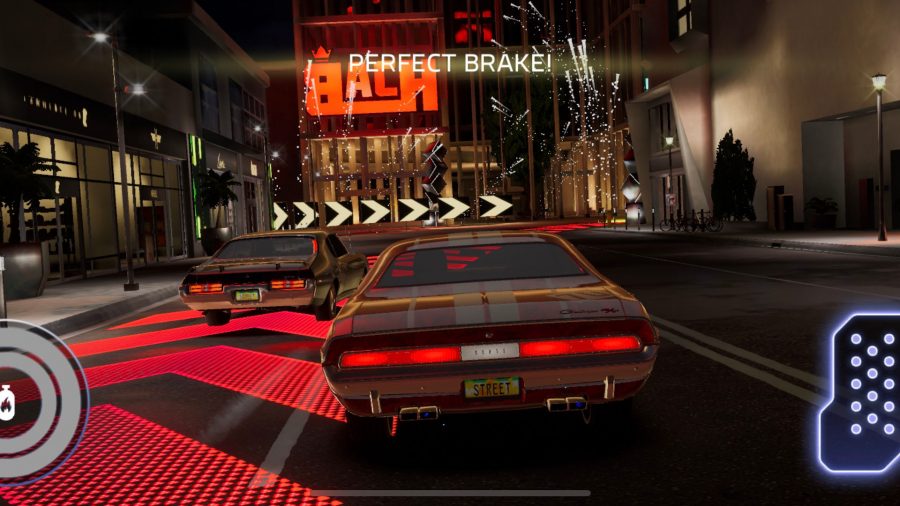 You tap and hold on the screen to rev your engine, aiming to have a reticle sit in the green portion of your speedometer when you accelerate. This counts as a perfect start, and gives you a considerable speed boost. At this point, you hold your thumb on the right side of the screen to accelerate, and do so until you reach a tight corner. Then, you release at the opportune moment to break before turning on the gas again to accelerate out of the corner. The only other gameplay mechanic is your boost, which slowly charges as you race. It’s a lot of fun to boost out of a turn to give yourself an enormous speed boost.

We do enjoy the moment-to-moment gameplay, which almost feels more like a rhythm action game instead of a racer. But that’s more due to the nature of the progression. It’s rare that you’ll face an opponent that has a car equal to yours, and skill can only take you so far. While it might look like a tight race, really this is a numbers game. Whoever has the car with the best stats wins, and you can easily increase your power to a level where your opponent can no longer compete.

To be fair, there is a certain element of that in all racers that feature upgradeable vehicles, but Forza Street just doesn’t seem very well balanced. Again, that’s an issue most free-to-play mobile racers face, when it’s so easy to game the system by grinding or spending money to outmuscle the competition. 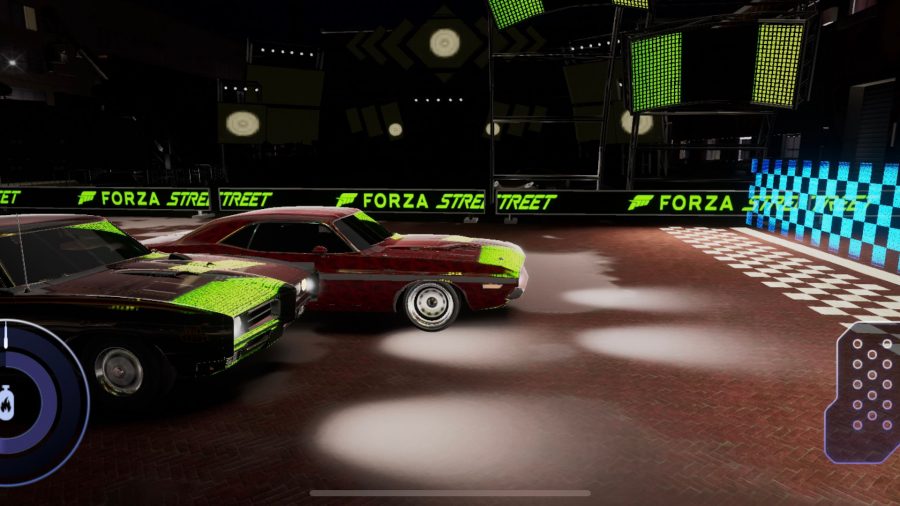 Overall, Forza Street is something of a mixed bag. We do appreciate the moment-to-moment gameplay, but the fact that your statistics play a much bigger part than your skill (so much so that you can skip races entirely if your stats are that much higher than your opponent’s) does hamper the experience a bit, particularly because it’s so easy to upgrade vehicles; at least at first.

Our biggest complaint though, is that Forza Street didn’t take inspiration from Gears Pop, and try and provide some much-needed innovation in the mobile drag racing genre, which is quite swamped at this point. We do appreciate that the monetisation is a lot more friendly than others, but it isn’t really enough for Forza Street to stand out.