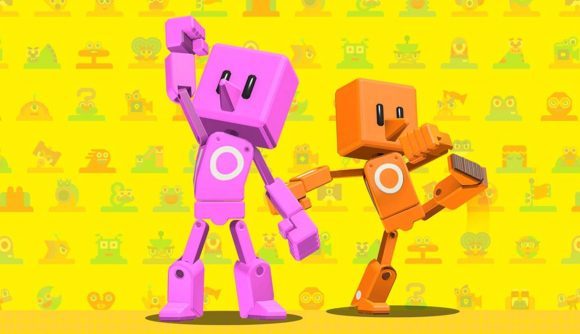 Earlier this year Nintendo announced the wacky game creator Game Builder Garage, with a focus on explaining programming in simple terms to both educate and spark the imaginations of young audiences. It’s already the subject of countless viral videos as users have realised that behind the simplistic blocks is a robust and increasingly deep design that allows you to develop almost any type of game you want.

At launch, however, the title was only available physically in the US, with EU Nintendo Switch owners having to settle for a digital copy. A strange move for a first party Nintendo title, considering such a large amount of its sales come from physical sales.

Some fans were noticeably disappointed by the news, but were hoping that just like Crash Bandicoot 4: It’s About Time, an eventual physical release would hit store shelves. In good news for collectors everywhere, Nintendo confirmed today that a physical version of Game Builder Garage is indeed on its way.

Luckily, we don’t have long to wait, as the physical version will launch on September 10, though that’s weirdly the same day that Warioware: Get It Together launches worldwide. So, a busy day for Nintendo fans in the EU. 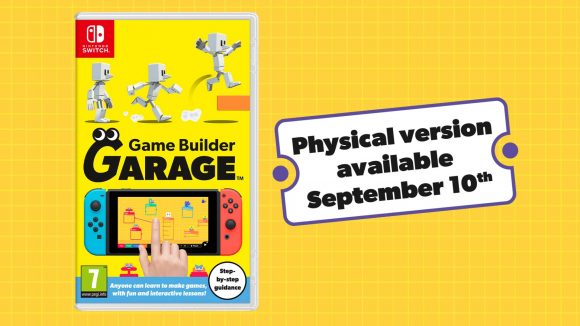 Game Builder Garage is a successful expansion of the tools previously available in Labo VR, and there are many ingenious recreations of everything from PT to Breath Of The Wild 2. Hopefully, like other game making video games like Dreams, Nintendo commits to supporting this beyond its original launch.

While Super Mario Maker 2 support dried up very quickly, the sheer breadth of options in Game Builder Garage means that the possibilities are almost endless. Hopefully, this physical launch gets the title into many more hands and the world gets some more great games from them.