Have you ever dreamed of overseeing your own empire? Then we have just the ticket for you. Game of Sultans is a massively popular, court-themed cultivation simulation RPG, set in the golden age of the glorious Ottoman Empire. Take the role of the powerful but romantic Sultan or Sultanah, handling important government affairs, managing the country at the court, and even engaging in captivating love stories with your consorts.

Game of Sultans allows you to take command of an army on the battlefield, testing your strategic skills as you take part in thrilling wars and conquer vast territories. And of course, every ruler needs to secure their legacy through an heir – who you can even marry off to another player when they come of age. And as the game launches its version 3.2 update, along with its third anniversary celebration, there’s never been a better time to join.

Seeing its launch in 2018, Game of Sultans has built a huge player base across Asia, Europe, and North America, reaching the top ten bestsellers list in a whopping thirteen countries. It has been recommended globally on Google, and has seen great success through its Facebook advertisements, as players have flocked to test their skills as the next leader of the Ottoman Empire. And it’s no wonder why. If you’re looking for an exciting, fresh new experience in the mobile strategy genre, look no further than Game of Sultans.

What can I do in Game of Sultans?

Game of Sultans offers an immersive and highly customizable experience, so you can play the game however you want. Here are some of the core gameplay features available for you to explore: 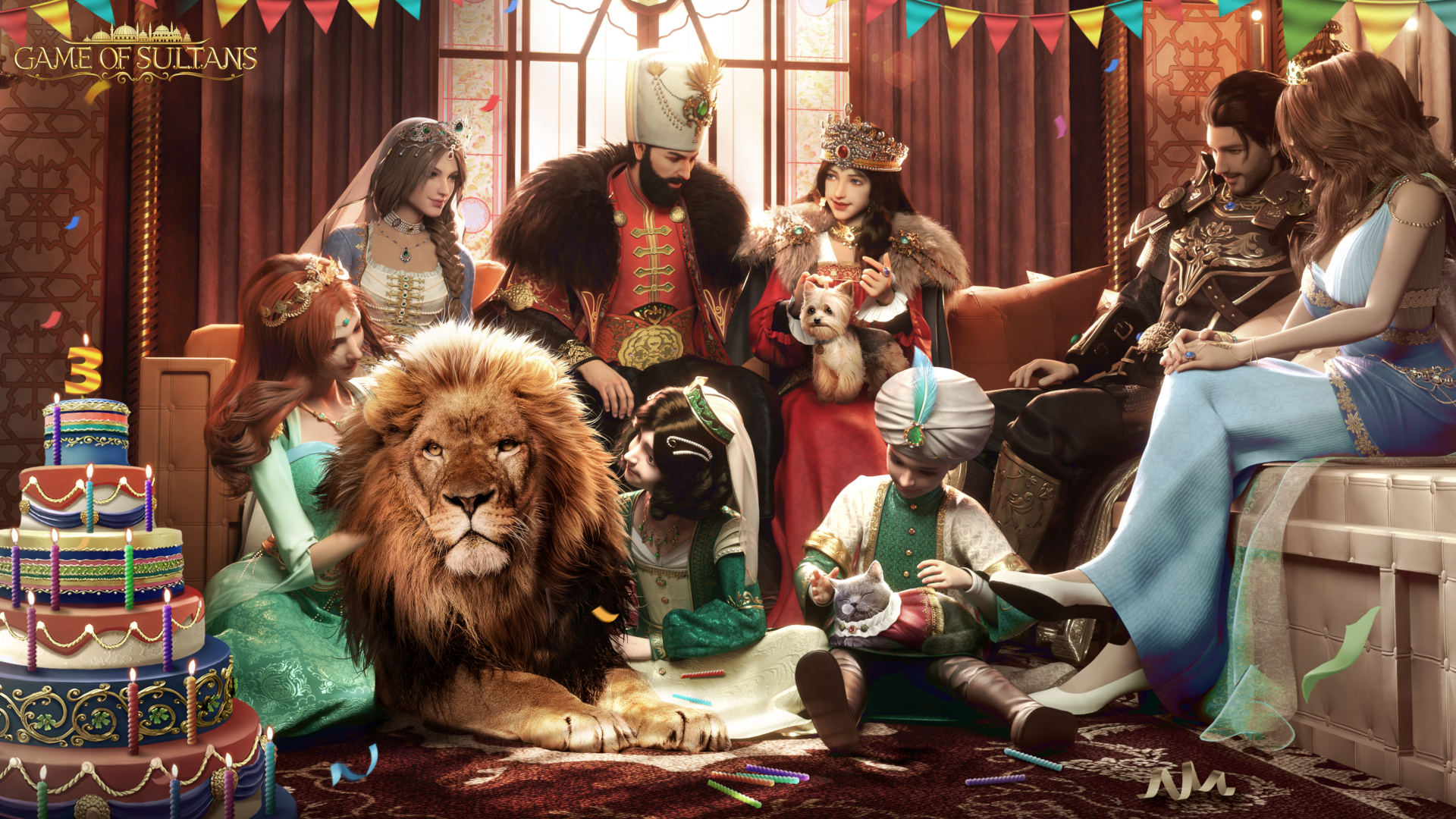 Expand your territory – take control of your soldiers out on the battlefield, leading them to victory, as you conquer the world and build the most powerful empire of all time.

Develop courtiers – with full control over your courtiers, you are able to customize your very own elite retinue to your personal liking and playstyle. Choose from a range of unique classes, talents, and equipment to ensure that they are the best reigning helpers for you.

Encounter consorts – you will have the opportunity to meet and court the world’s most formidable (and beautiful) women. Each of these lovely but lethal ladies has a different appearance, unique personality, and special characteristics – and it is up to you which one you will have ruling at your side.

Raise an heir – you will have the opportunity to birth your own heirs with your companions, or show your merciful side and adopt orphans. Raise your children however you wish, and nurture the future of your empire all the way from infancy to adulthood.

Freely change your character’s gender – when you first join Game of Sultans, you are able to choose either a male or female emperor, and can change gender at any point throughout the game. Regarding companions, whether you choose a male or female character, you can have concubines and toyboys – so there’s something to titillate everyone, regardless of preference.

Different sub-modes under unique themes – taking inspiration from multiple cultural backgrounds, Game of Sultans celebrates a wide range of events, from Ramadan in the middle east, to Halloween and Christmas in the west. During these special seasons, you are invited to experience unique, limited-time activities and gameplay. The game interface and rewards also display special themes to really enhance the festivities. In addition to this, there are many different sub-modes in the palace and on the battlefield. You can cultivate the knowledge and skills of ministers in the Imperial Academy, hunt animals in the suburbs, and experience different styles of combat in the desert, and even the ocean.

Social – Game of Sultans offers you the opportunity to get to know other users and form alliances with them, so you can help each other and enhance your national strength in battles. Compete with friends in a fun treasure-hunting mode, or even team up with allies in order to conquer other players’ territories and expand your empire even further – the possibilities are endless. You can also allow your heirs to marry those of your allies, building stronger bonds and making your social interactions more interesting. 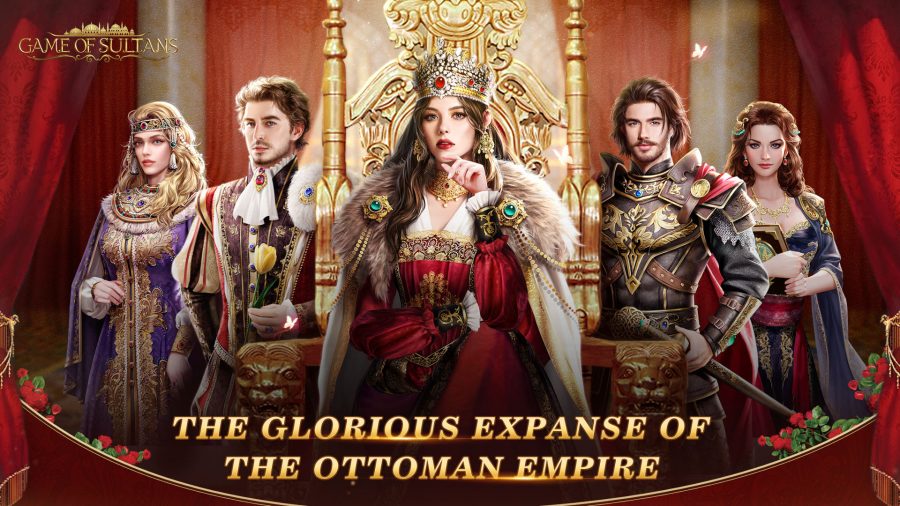 What to Expect in Version 3.2?

Game of Sultans is about to get a huge update in version 3.2, and is ushering in a bunch of great content, including a celebration of the game’s third anniversary. Here are some of the exciting things you can expect – whether you’re a current player or a total newbie, there’s plenty of fun to be had:

Light the candles and make a wish – as the game reaches its third anniversary, you are invited to add candles and decorate the cake, leave a birthday blessing for your friends and allies, and read the messages other players have left in celebration of this very special occasion.

Create your own Empire Tome – during the anniversary event, you will have the opportunity to create your own game retrospect, called the Ottoman Empire Tome. It is a personalized record of your political achievements, great military successes, the development of your viziers, and even the beautiful love stories between you and your companions. Etch your own story into history!

Visit Serendipity Salon – to mark the occasion, the talented artist Ava has arrived from eastern europe, and is reviving the ancient art of painting fingernails. You can design unique finger paints for your companions, or to be displayed in her salon, and will have your work rated. If your designs are beautiful enough, you may even win her elegantly manicured hand in marriage.

Meet the mischievous cat – Michael, the famous blue cat from the popular YouTube channel Aaron’s Animal, is coming to Game of Sultans. During the anniversary event, he will appear in many corners of the palace. Hunt down this little furry friend and the traces he leaves behind as many times as possible over the limited-time event in order to win extraordinary rewards and cat decorations.

Open your own pet pen – version 3.2 will see the initiation of the highly anticipated pet pen. You can own multiple different kinds of pets, feeding them and raising them from cute little cubs to full maturity. When they reach adulthood, your animals will be your close companions, and will hunt for you and defend beasts from the wilderness. If you aren’t around to look after them, you can even send them off to explore the vast outside worlds.

Game of Sultans is a truly intricate and engaging experience, with plenty of unique and exciting features to pull you in, and with the introduction of version 3.2 and the third anniversary celebration, there’s never been a better time to test your skills as the next ruler of the empire. If you want to give it a shot yourself, you can download it from your mobile store of choice today.