Apple kindly invited us to take part in a number of developer sessions earlier today, in which it showcased some of the biggest new and upcoming Apple Arcade games. We got a chance to meet the developers and publishers behind the games and get an inside look into the creative process, asking many questions in the process.

So we decided to put together this brand new feature series, Apple Arcade Sessions. Here, we’ll round up the highlights of our developer interviews, drawing attention to interesting anecdotes, features, and development insights that were discussed during the interviews. These are for both games that are available now, and for others that will arrive at a later date.

If you’re interested in the development side of mobile gaming, you can find many more articles like this in our features section. We recently ran a series of articles around GDC 2020, which features a ton of interesting insights. Now, let’s take a closer look at the brand new Apple Arcade hit, Game of Thrones: Tale of Crows.

Devolver Digital’s relationship with Apple began in 2016, when the original Reigns took the App Store by storm. For those unaware, this classic strategy game took the swiping mechanics of Tinder, which was immensely popular at the time, and applied it to a video game.

You played as a monarch, who made the many difficult decisions rulers have to make using the very same method we were using to decide who, and who not, to date. That’s right. Swipe left for no, and right for yes. This simple control scheme hid a surprisingly complex strategy game in plain sight. After all, you can’t simply do whatever you want in Reigns, at least without repercussion.

The ultimate goal is to please the various different factions within your kingdom, from the treasury to the army via the people and religious zealots. Keeping them all happy is basically impossible. You can manage them all if you’re smart enough though, reigning for many years without your head getting chopped off. 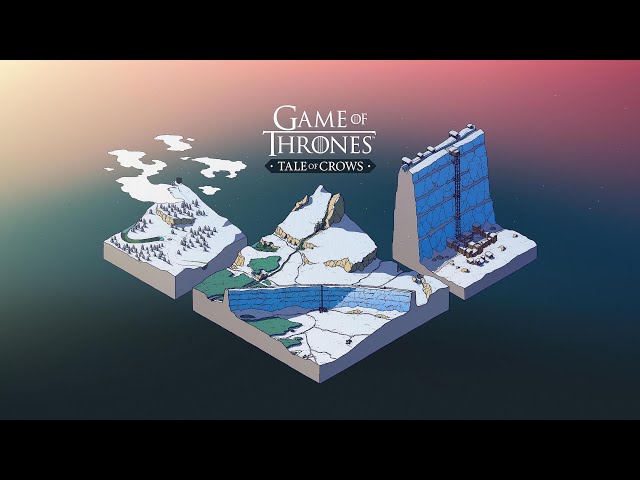 If you’re thinking this sounds like the perfect set up for a Game of Thrones-themed game, you’re right. Or, at least, Devolver thought the same thing, and pitched the idea to Apple, who brought the idea to HBO. Just two years later, Reigns: Game of Thrones arrived on the scene, allowing you to test whether or not you could live longer than Jon Snow.

This brings us nicely to the present day, with recently-released Apple Arcade hit Game of Thrones: Tale of Crows the latest fruit to be borne by Apple, Devolver, and HBO. It’s an idle game in which you play as a series of Lord Commanders of the Night’s Watch, and manage much like any manager: via delegation. Where it differs, slightly, is that communication is handled via raven, rather than email or Slack.

It’s the perfect idle game, really, which slots into your life and daily routine very comfortably. Fire off a raven on the way to work, make yourself a coffee when you’re there, and by the time you’re done another raven is waiting for you. It gives you that constant sense of accomplishment that many idle games offer with a key difference: there’s no monetisation in sight. 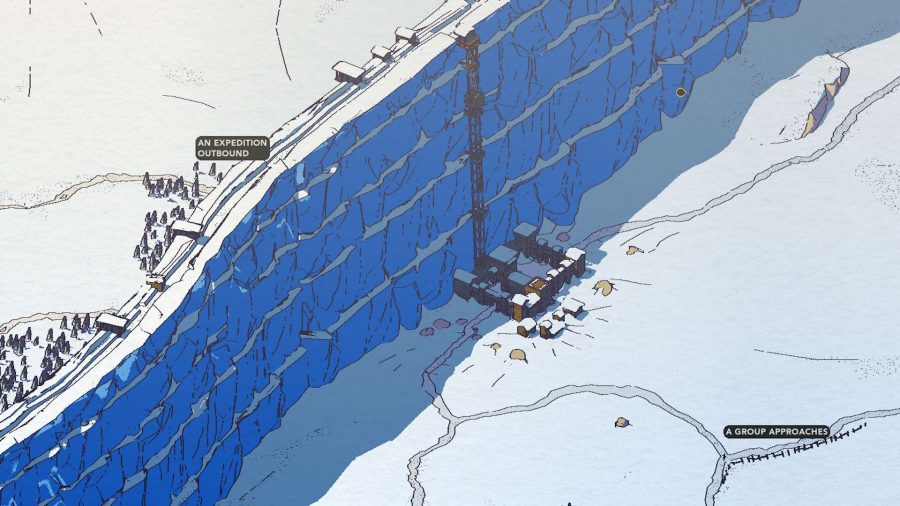 This is a point that developer Jake Hollands was keen to stress: Game of Thrones: Tale of Crows wouldn’t exist in this form without the support of Apple, who helped fund the game. This allowed the development team to focus on shaping Tale of Crows to their own vision, rather than force it to fit a specific monetisation mold.

Hollands had been working on a follow-up to Spaceplan for some time when Apple and Devolver approached him to make a game for Apple Arcade that existed in the Game of Thrones universe. After snapping off their hands, Hollands set to work creating a new idle game that didn’t rely on clicking. Hollands isn’t a fan of that system, as he stressed during our interview, or unhealthy monetisation systems.

Thus, Game of Thrones: Tale of Crows was born. A game that respects your time, and your wallet, as well as giving you a real sense that you’re the tired and grumpy lord commander of the Night’s Watch. You can grab it right now from the App Store, if you’re curious, and check out Hollands’ other work, Spaceplan, also from the App Store as well as Google Play.