2021 was a big year for game remakes, remasters, and rehashing the past. Video games are a unique medium, where the ever-moving goalposts of graphical fidelity mean that older games can be seen as outdated very quickly. Nobody is watching The Wizard Of Oz or The Little Mermaid and remarking how rubbish the graphics are, but those mediums operate differently from video games.

As much as some films get harder to find, playing a 100-year-old movie on your brand new TV is easier than playing a game from the 80s on your PS5. Also, titles like The Lion King are getting rehashed in much the same way, where the carrot of nostalgia is dangled in front of audiences, many of whom want something comforting, familiar, and safe. It doesn’t matter that the original, superior, versions of The Lion King, Aladdin, and many more films are all available to watch with ease. Nostalgia is an easy win for big studios, as the recent, lifeless, CG Lion King proved when it made a billion dollars.

Video games aren’t new to this trend, but it’s picked up significantly recently, perhaps as remasters seemed an easy and quick win when release schedules were decimated by COVID delays. 2021 saw The Legend Of Zelda: Skyward Sword HD, Pokémon Brilliant Diamond and Shining Pearl, Quake, Sonic Colours: Ultimate, Grand Theft Auto: The Trilogy – Definitive Edition, all falling somewhere in the line of ‘remaster’ and simply adjusting the original games faithfully for modern hardware. Meanwhile, titles like Tony Hawk’s Pro Skater 1+2 and Mario Party Superstars represent the game remake side of the camp, where classic games are more the framework for revolutionary transformation.

Where Nintendo sits in the debate on nostalgia and remakes is quite unique. They have, unquestionably, the richest back catalogue of any game developer or publisher. Almost any remake or remaster by Nintendo is treated as a holy event, as if Miyamoto himself has birthed a golden egg. I’m guilty of this myself. 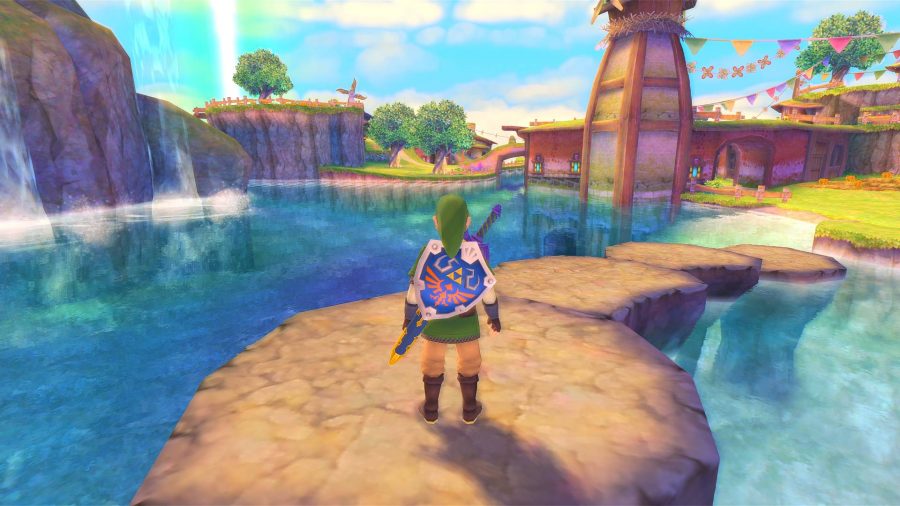 I plopped down eighty fresh English pounds a couple of years back to purchase The Legend Of Zelda: Link’s Awakening on my Switch, and a special little case. Never mind I had played the Game Boy version multiple times, and this was basically the same, I was just excited to see it again! In fact, I paid to play that same game AGAIN in 2021 with The Legend Of Zelda: Game & Watch (wow, what am I doing with my bank account?).

I was even one of the people more than happy to spend my hard-earned coins on Super Mario 3D All-Stars, though that release somehow seems much better now than it did at the time. 2021 was a year stuffed with good, mediocre, and even some awful remasters. While some are respectful retoolings of fantastic games, others use nostalgia as a powerful tool to release an awful product and generate a quick buck from dedicated fans.

On the extreme end, Grand Theft Auto: The Trilogy – The Definitive Edition (which I call GTA: DE from here to save my fingers) is a frankly embarrassing way to treat three of the best PS2 games ever made. These games barely needed anything done to their graphics, bar maybe some graphical fine-tuning and new UI elements. Instead, we got some sort of Frankenstein’s monster of a remaster, based on the mobile ports, using HD upscaling that makes the characters look like jagged balloon animals, while the games themselves run like shadows on a caveman’s wall. PS2 games can run on Switch. They already do in fact, with fantastic ports of the Devil May Cry series among others. There’s simply no excuse for the biggest studio in the world to release awful ports of PS2 games on any hardware. 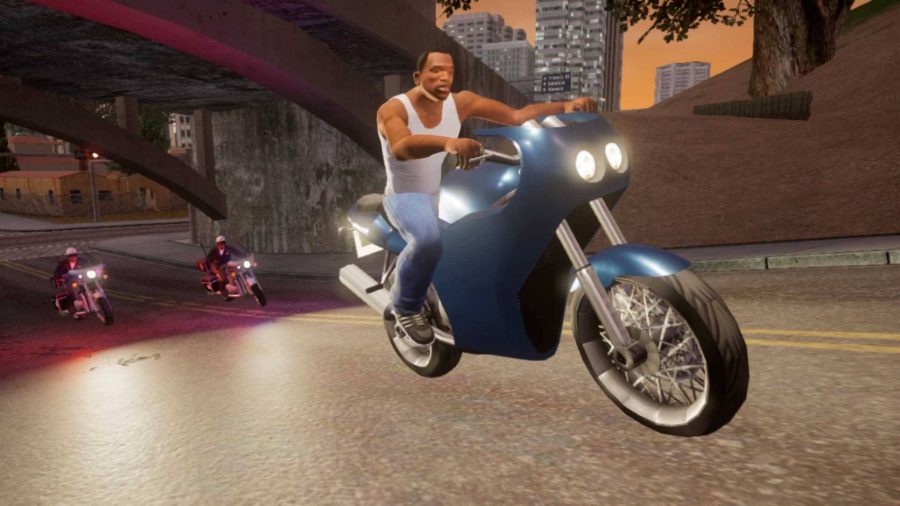 Whatsmore, on other platforms, Rockstar delisted the older, much cheaper versions of each GTA game in the collection, so now the only option is the newer, worse, and far more expensive ‘Definitive Edition’. Even after a few updates, don’t buy GTA: DE on Switch folks. It’s truly not worth the £50 asking price. They’re a perfect example of a studio trying to ride completely on nostalgia alone, while doing the bare minimum to deliver a quality product.

One of the more surprising remasters of 2021 is The Legend Of Zelda: Skyward Sword. A remaster in the truest sense, this release is definitely still based on the original Wii version, but with multiple welcome changes. You can ignore the controversial motion controls completely, with fairly decent button controls making some parts of the game feel much more forgiving. Then, Nintendo fine-tuned the actual motion controls themselves, these work surprisingly well with the Switch’s Joy-Cons. Along with an impressive graphical boost, this is a great way to play Skyward Sword. But did it make it a better game? No. 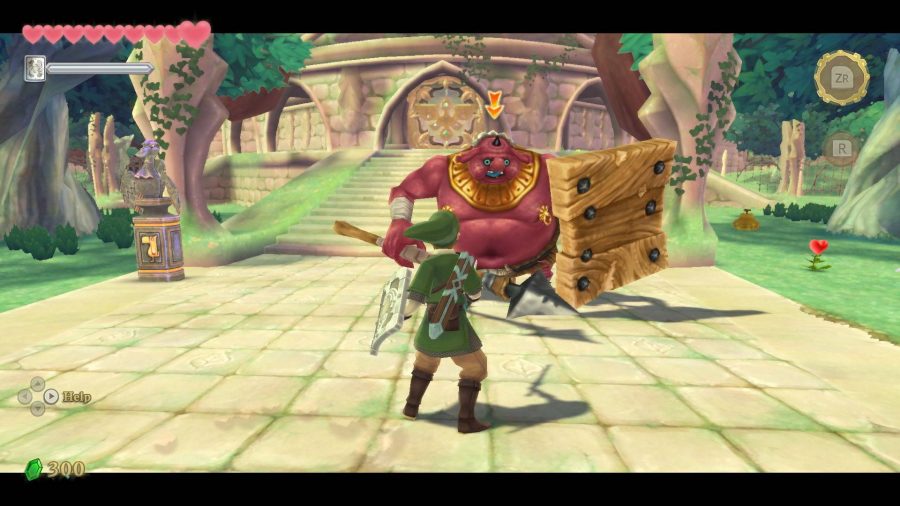 Skyward Sword is still a mess of a Zelda game, though one filled with brilliant puzzles, fantastic combat, and some truly memorable moments. Sadly, it repeats too many elements to the point of real frustration, it relies on dowsing far too much, and for all the focus on it, the sky world is still barren and unnecessary. After seeing the smart adjustments made to Wind Waker HD, and the extra content added to Twilight Princess HD, it’s hard not to wish that Skyward Sword – the most egregious of those three games by far – had also been given some smart gameplay changes later on.

While Nintendo toned Fi and her interruptions down, nothing was done about fighting The Imprisoned MULTIPLE times, and Skyward Sword still works so hard to extend a runtime it simply can’t justify. Even as a full-price £50/£50 release, I would have been much happier with Skyward Sword receiving some much-needed edits and booting the filler in favour of pace. I mean, my favourite game in 2021 is Metroid Dread, and that took me ten hours to beat. Plus, the Resident Evil 2 Remake is one of my favourite games ever made. If the game is good enough, I’ll play it again! Skyward Sword HD is one example where while the remaster was faithful to a fault, I truly wish it wasn’t. 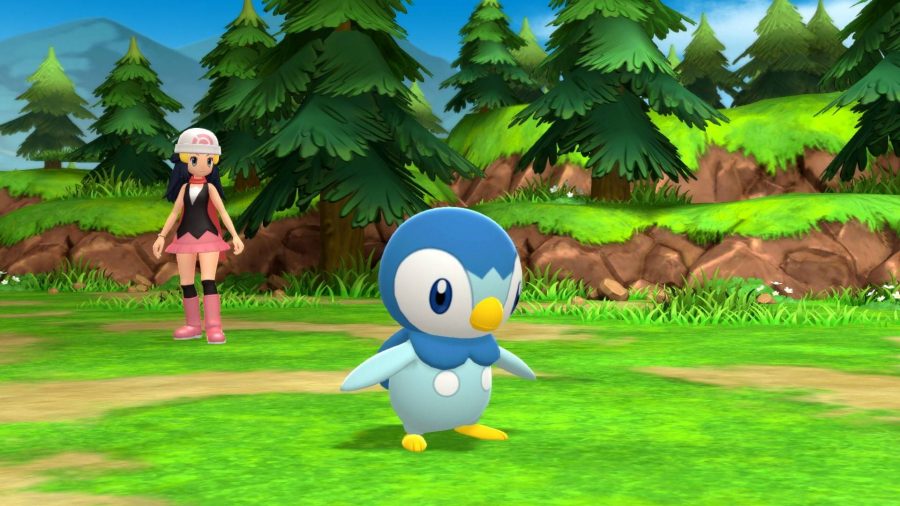 Another weird addition to the remaster/remake roster in 2021 is Pokémon Brilliant Diamond and Shining Pearl (BDSP from here). While Game Freak normally handle the Pokémon remasters themselves (Pokémon Fire Red, Leaf Green, Heart Gold, Soul Silver, and so on), BDSP were outsourced to development studio ICLA (Pokémon Home), while Game Freak themselves are hard at work on Pokémon Legends Arceus. My main issue is that BDSP, which are full remakes, feel redundant. It doesn’t matter that these titles are built from the ground up, that the graphics are changed completely, that the music is remixed, because for me personally, none of it touches the originals.

BDSP feel like the most wasteful sort of remake/remaster. While I’ve put hours into the recent titles because I love the originals and Sinnoh, I have this clawing feeling in my mind that I’d simply rather be playing the original DS versions. A port of those would make me just as happy, in fact, a port of Pokémon Platinum with its many improvements (very few of which are in BDSP) would be a dream come true. BDSP is lovely, and I’ve warmed to the art style, but I think it will be forgotten to time. It reminds me so much of The Lion King (2019) film, where so much effort has been put into remaking something incredibly faithfully, and it’s made a lot of money because of nostalgia. In a decade’s time, people will still talk about the animated Lion King, much like they’ll fondly remember the DS version of Diamond, Pearl, and Platinum. 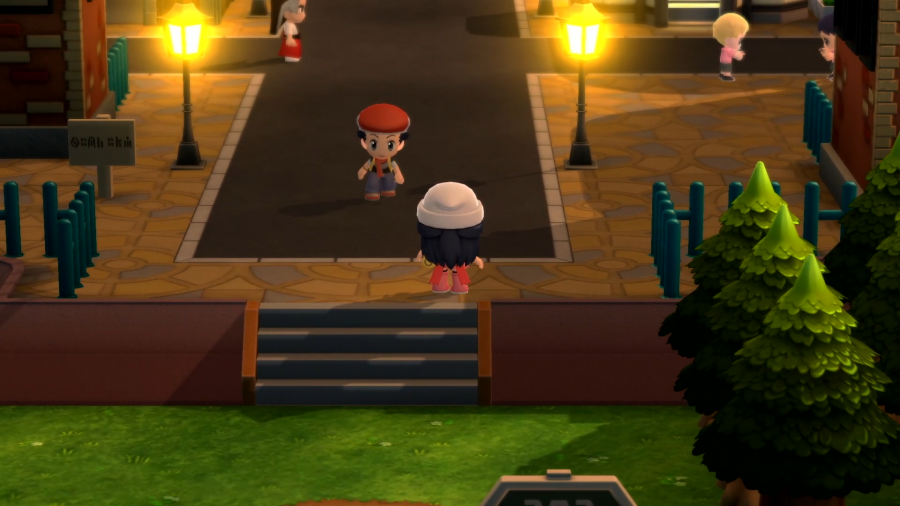 Remakes and remasters don’t have to be faithful to be fun, or out of some strange obligation to the sanctity of the original. In video games, if that’s truly the case, then just port the original! Mario Party Superstars is a great example of the power of nostalgia used for good. Nintendo lovingly remade classic parts of previous Mario Party games, these look gorgeous in the process, while the actual framework around them is astounding. Mario Party Superstars has some of the best online frameworks in a recent Nintendo title (mild praise I know), but it presents these classic elements with a modern twist. Hell, my favourite Pokémon games are HeartGold and SoulSilver, remakes that bring to life the feeling of the originals while smartly expanding the series.

Suitably, 2021 also finally saw the release of the last Neon Genesis Evangelion rebuild films. A series of ‘remakes’ that defy the very idea, and use the very concept of cycles and rebirth to justify their existence. I don’t expect every video game to send me into an existential crisis, as they did, but in a year where I played so many remasters of games I already knew and loved, I have to ask what they’re for at this point if not a quick cash grab from publishers and developers very aware of our love for these series. FF7 Remake is the only recent game to defy the expectation of what a remake can be, and I hope other developers pay attention. Honestly, I hope I get to play a lot more original ideas in 2022, but if I’m going to play another remake, please prove to me why I shouldn’t just be playing the original and saving my money.