Switch Pro controllers are expensive, and a lot of imitations aren’t worth the time or money. However, we were lucky enough to get our hands on GameSir’s new T4 mini multi-platform controller, and it just might fill the pro-controller-shaped hole in your life.

While you can use the T4 across PCs, tablets, phones, and more, it features an intuitive Switch layout. It’s even more compact and lightweight than the standard pro controller, making it a perfect option for gamers on the move, or those who want something other than the Joy-Cons to wrap their hands around.

While the controller is very lightweight, it doesn’t feel as plasticky as other third party controllers in similar price ranges, and it’s pretty sturdy. It has a nice matte finish and a grainy texture that feels great in your palm. However, due to it both aiming to be portable, and having lights visible through the plastic, it does feel a bit hollow, and may be a little too light for some players.

The X, Y, A, and B buttons are clear plastic with the letters deep below their surface, which creates a unique and aesthetically pleasing look. Both the buttons and triggers feel responsive, and have a nice sense of tactility when clicked. The X and Y buttons are slightly raised to compensate for the curvature of the controller, which was a nice touch and makes it more comfortable for my smaller hands, but may not be as favourable for longer fingers. 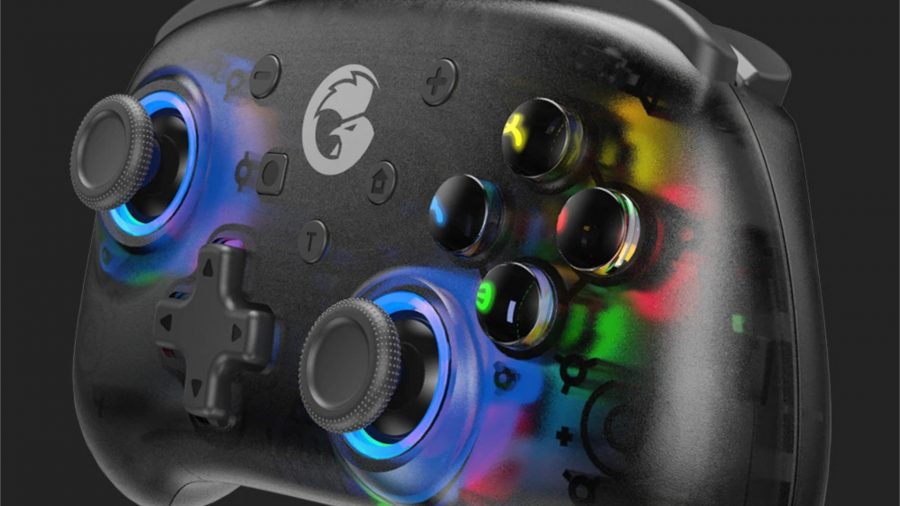 The D-pad is a tiltable, four-way button, which looks very similar to that of the Switch Pro controller. I can’t say I’ve used the D-pad a great deal, but it’s responsive, though a little less tactile than I would hope. There’s some variation in the resistance of the different directions, with the down button feeling tougher to press than the others. The joysticks are smooth, but have a coarse ridge around them that can be a little uncomfortable after prolonged use. However, the movement of the joysticks is just right – not too stiff, nor too loose – so the sensitivity feels great in-game.

Switch players will be glad to know that the staple buttons unique to the console are present. With the home, screenshot, plus, and minus buttons, you can do pretty much everything you would expect from a normal Switch Pro controller. These buttons are quite shallow and can be a little difficult to reach, but they serve their purpose perfectly and don’t get in the way as you game.

It has multiple settings and an easy-to-use system

Connecting the T4 to your device is easy. There is a pairing button on the back with the standard flashing lights to show it’s searching, and it hooks up very quickly. It also has a USB-C port for charging, or to connect to your Switch dock if you, for whatever reason, are struggling to connect wirelessly.

As a massive RGB nerd, the biggest draw for me is, of course, the lighting. It has multiple settings and an easy-to-use system, where you can cycle through nine static colours, an eight-colour breathing cycle, or rainbow breathing mode. Or, I guess you can turn the lights off, if you’re boring like that. The lights are very vivid, but not glaring thanks to the way they shine through the controller’s surface, creating a similar effect to the old translucent PS2 controllers (ah, sweet nostalgia). There’s even a mode where you can have just the right half of the controller lit up, which is great for gaming in the dark, especially when curled up with a good spooky game this October. 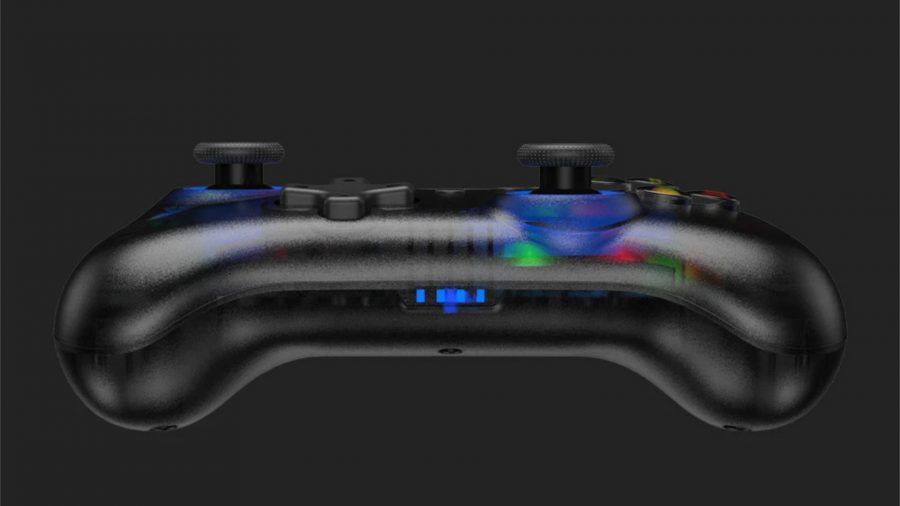 I’ve tried the controller out with a range of games, primarily on Switch, including Pokemon Unite, Super Monkey Ball, and Roki. It’s very responsive, and feels comfortable to play for long periods, though its compact nature may make it a bit cramped for larger hands. It has a strong rumble which is great, but can be quite loud, especially in games like Roki. This shouldn’t be bothersome if you’re playing the Switch in docked mode or have your headphones in, but I found when playing with it in a quiet room or while out and about it was a little annoying.

If the T4 mini controller interests you, head over to the Gamesir page to take a closer look at its features. The controller launches today, and there are some great offers going up on their AliExpress store to celebrate its release.

The GameSir T4 is a strong little controller, perfect for travelling or when you want to pull a friend into a game. It’s got a nice design, long battery life, is user-friendly, and is a nice piece of kit to add to your arsenal. In fact, I might purchase a second one for when my pals play with me.