I often struggle to play mobile games without a gaming controller as the button placement frequently causes me to stretch my hands over the screen, blocking my view and causing me to make rookie mistakes. So when GameSir offered us a review unit for the X2 Type-C, I couldn’t help but wonder if it would solve my large-handed plight.

The GameSir is compatible with Android devices up to 167mm long using a USB-C connection, and fit snugly around my Samsung Galaxy Note 9. My initial thoughts when taking the device out of the box were how similar the button set-up is to the Nintendo Switch Joy-Cons, which isn’t often the case, as mobile controllers tend to mimic the Xbox One controller or DualShock 4.

Setting up the GameSir with my device was extremely easy. I read the instructions to check if any companion app was needed, and was very happy to find that the controller works without any faffing around in Google Play or tedious button mapping, so I could get straight down to play.

As well as working right out of the box, the controller also doesn’t need to be charged and runs off of the phone battery. For those of you worried about the controller draining your phone’s battery life, the GameSir also has a well-placed charging port so you don’t need to remove the controller when you’re low on juice.

As I mentioned earlier, the GameSir has a button set-up reminiscent of the Nintendo Switch, and even has red and blue accents to drive that point home. However, the buttons do feel a bit stiffer than the official Switch Joycons. Despite this constraint, none had a delay when pushed, and my fingers never felt uncomfortable while trying the controller out. 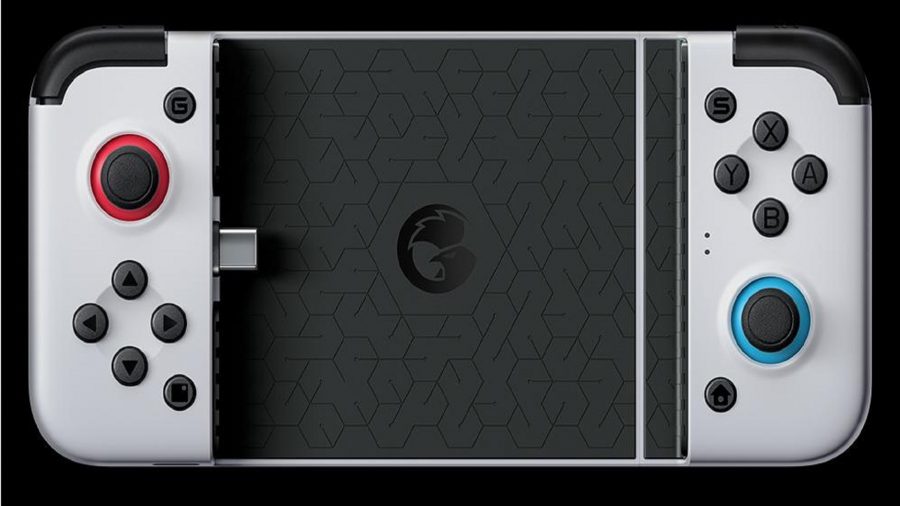 Like many others, I’m a fan of taking screenshots when I do something cool in-game, and the GameSir features a handy button specifically for those moments. It’s perfect for when you want to show off your achievements to friends without having to press a bunch of buttons in unison, potentially missing out on the moment you wanted to share in the first place.

Along with comfy and convenient buttons, the soft rubber grip on the back of the controller prevented my hands from slipping around, and made the GameSir feel more comfortable than the Switch controller it’s mimicking. After a few hours of play, my hands felt less fatigued than they would after the same amount playing with official Joy-Cons. 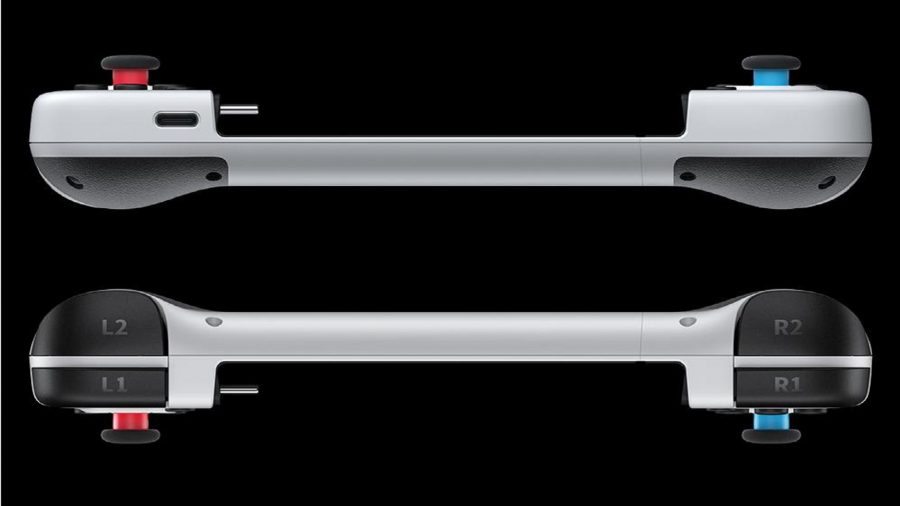 There are very few downsides to the GameSir, but if I had to nitpick, I would say it doesn’t feel as durable as the Razer Kishi gaming controller. When the device isn’t attached to your phone, the middle of the controller could get snapped if you were careless with it, as it does not fully retract like the Kishi.

Currently, the GameSir X2 Type-C is priced at $59.99/£69.99, making it a cheaper alternative to the Razer Kishi, and a great choice for gamers who prefer the layout of a Nintendo Switch system.

An easy-to-use, super comfortable mobile gaming controller that makes your mobile feel like a Nintendo Switch