Granted, we’re biased, but we’d argue that the best feature of Genshin Impact is its portability. Thanks to its iOS and Android versions, you can explore Teyvat at your leisure, battling through the forests of Mondstadt, gliding through the mountainous peaks of Liyue Harbor, and wandering through the new Inazuma region no matter where you are in the world. This feature has only become more compelling, too, given that Genshin Impact now supports cross-save between PC, mobile, and PlayStation.

Combine the portability with the fact that the world is starting to spark back to life following the pandemic, and it got us thinking: what if we could enhance our experience in Genshin Impact by exploring the world of Teyvat in different locations around the world. Say, the locations that inspired each of its regions? It’s arguably the closest you can get to visiting Teyvat itself, and it’s all the more possible now that travel is slowly but surely returning.

Given that the new Inazuma region has just arrived on the scene with Genshin Impact update 2.0, we figured now is the perfect time to put our ideas on paper. We’re going to recommend locations you can travel to in the real world that inspired their Teyvat counterparts, so you can travel there and play Genshin Impact the way it was intended. Let’s start with Mondstadt. 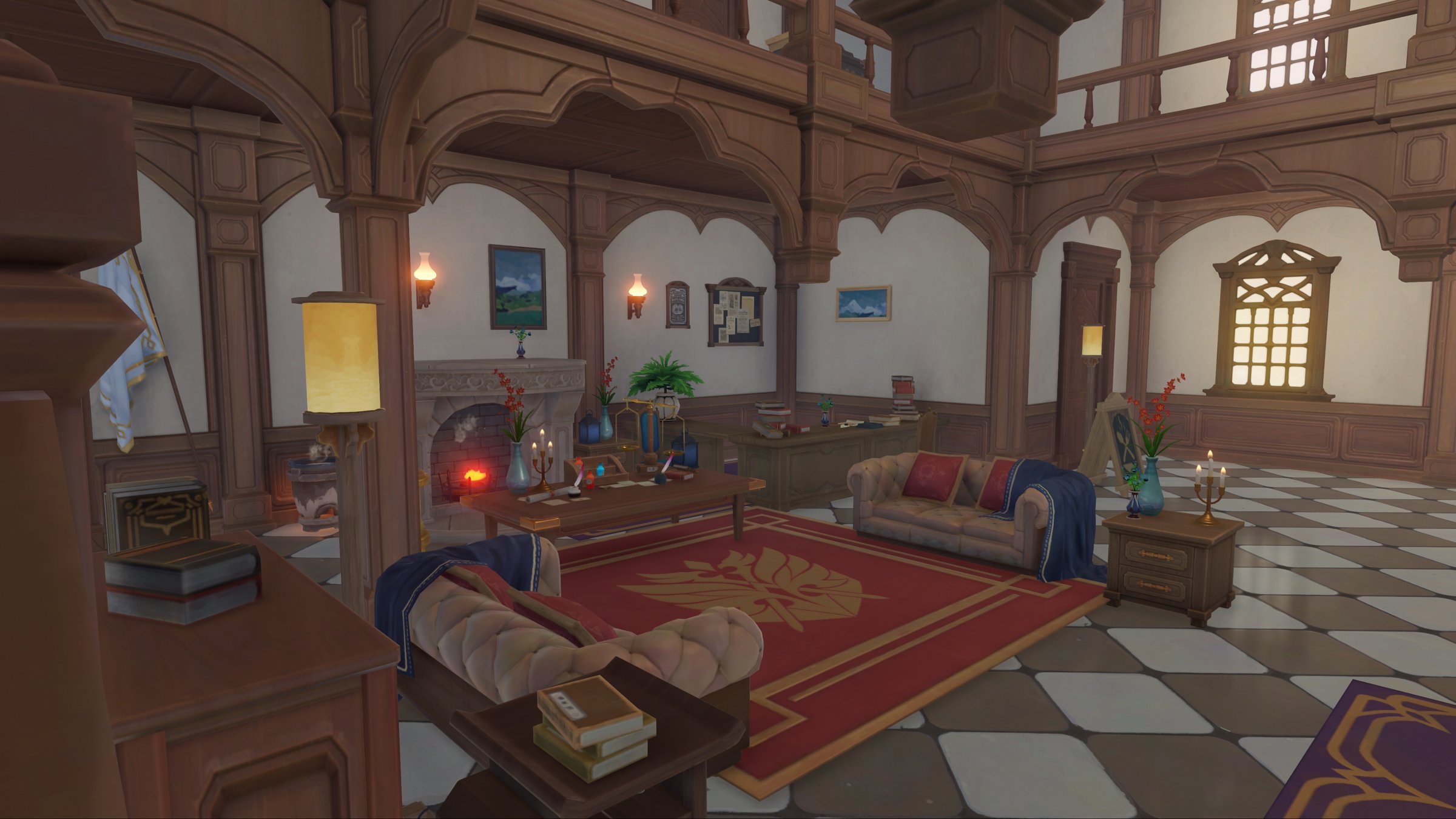 Mondstadt is German for ‘Moon City’, and its architecture and surroundings are extremely reminiscent of Europe. Well, Europe hundreds of years ago with fantastical monsters, magic, and characters, but you get the message. As such, that’s where we recommend you travel to as you explore the stunning vistas of Mondstadt – Germany in particular.

However, the different regions of Mondstadt lend themselves well to different parts of Europe. Cider Lake, with its sprawling picturesque body of water and penchant for cider and wine scream of England’s Lake District and France’s wine country – the latter of which would also encapsulate Dawn Winery.

Cape Oath and Springvale are a little more tricky to pin down exact locations for, as Europe is full of steep seaside cliffs and sleepy, picturesque villages. Italy or Greece clearly provided the inspiration for Thousand Winds Temple though, with its ruins reminiscent of tourist attractions in the likes of Rome.

If it’s a cooler climate you’re looking for as you tackle Dragonspine, there’s no better alternative than the Alps. These frozen mountains are the perfect real-life counterpart to Dragonspine, and allow you to ski in between Genshin sessions.

Mihoyo drew inspiration from its native China for the visually-stunning Liyue region, and you’ve got an absolute bounty of locations to explore should you choose to visit the country that birthed your favourite game. In fact, Mihoyo has been pretty open about one location in particular, the National Park of Zhangjiejie, that inspired much of the stunning scenery. 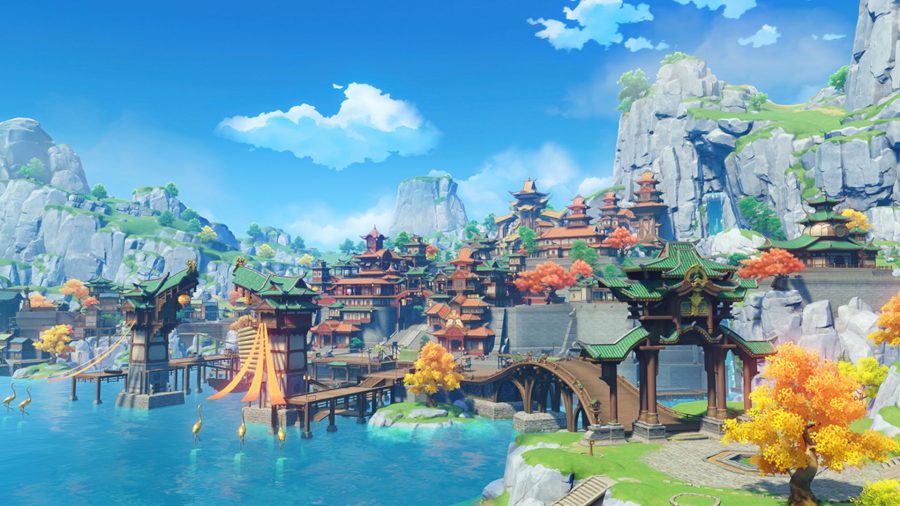 Take a look at photos of Zhangjiejie in real life, and your mind will instantly conjure visions of Liyue. With its mountainous spires encased in swirling clouds, it’s the perfect inspiration for a fantastical setting, and we recommend it as your first stop when exploring Liyue on the move. Just find a spot with a nice view to park.

That’s not all though. Mt. Tianheng actually draws inspiration from Tianmen Mountain – particularly during the opening you venture through when you first visit Liyue Harbor, the region’s capital city. You don’t have to look far for Liyue Harbor’s inspiration though. As a port city, it resembles many of China’s similar cities, including Shanghai, Qingdao, or Shenzhen.

Mihoyo has made no secret of the fact that Inazuma, the latest region to arrive in Genshin Impact as part of update 2.0, draws inspiration from Japan and its culture. Most particularly though, from its native animation studio, Studio Ghibli, which makes sense given how well the moviemaker blends Japanese culture with fantasy elements.

The name of the region, Inazuma, is Japanese for ‘lightning’, which makes sense given its penchant for the electro element. Sakura blossoms play a prominent role too, and are clearly Teyvat’s version of cherry blossoms. Who doesn’t think of cherry blossoms when they think of Japan?

So, basically, visit Japan if you want to immerse yourself in an Inazuma(n?) setting. We also thoroughly recommend revisiting your Studio Ghibli collection, including Spirited Away, Howl’s Moving Castle, and Princess Mononoke in particular, which offer similar scenes.

And that’s it for this feature. We hope you’ve enjoyed it, and are already booking your flights to exciting new destinations. Before you go, please first grab Genshin Impact from your preferred app store.