About 40 minutes after I finished Gibbon: Beyond the Trees, I read something that Keza McDonald, games editor at The Guardian, wrote in reference to how games fit into our lives right now. Talking about how she’s surrounded by “vital journalism about the geopolitical events that affect us all” she worried about the place games have, asking “should we not be reading that, instead of something about Elden Ring?”

Where does escapism live in a world that needs action? What right do we have to run away into a fantasy? Shouldn’t we do something more helpful? Well, sure, we can try our best. But games can also be a vital comfort. Whether it’s geopolitics or ecocide, there’s only so much we can do. Keza put it perfectly by saying: “In bleak moments, games can satisfy our urge to take action and make things better.” Games are vital in the way any art is, whether they react to current events or help us through them.

Doing the former to great effect is Gibbon: Beyond the Trees, a hand-drawn side-scrolling adventure about the life of a gibbon through the death of its habitat. It’s a self-described ecological adventure about “the beauty of wilderness and the destructive force of human civilisation.” It’s a short little game, taking around an hour over its nine chapters, but it manages to be deeply impactful and raise awareness for a pressing, real-world issue within its short runtime, all while never forgetting to be an entertaining video game.

The game’s story isn’t pure doom and gloom, though. It’s beautiful, showing a version of the reality that these animals face. It’s full of simple, straightforward drama that kept making me want to find out what happens next. As you swing through the trees with your gibbon companion in the opening, into burning forests and eventually ramshackle towns and bigger cities, it always feels like you’re finding something new, even if there isn’t much moving the story forward. 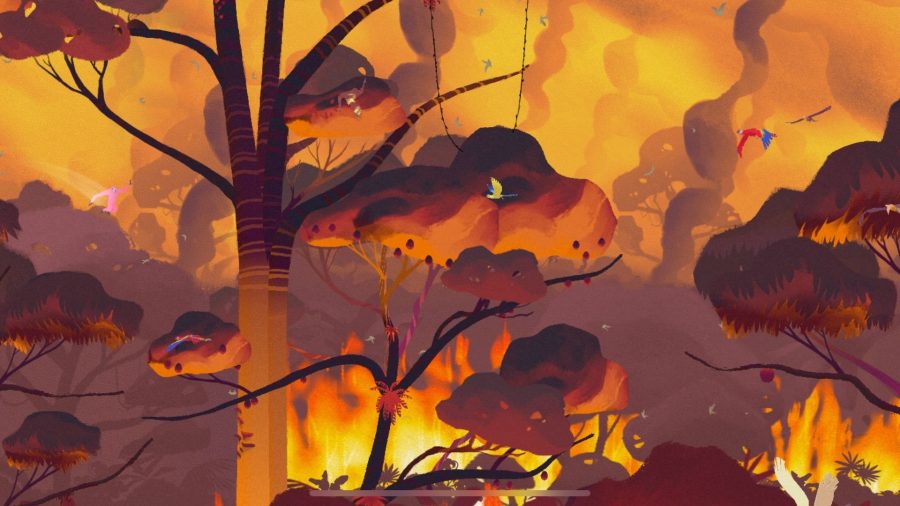 In terms of gameplay, Beyond the Trees is a joy to experience. As the gibbon, you swing through trees and across ravines, timing your swings to build as much momentum as possible. It’s not groundbreaking, but it has an unbelievably good game feel. Timing swings perfectly, pulling a trick to get a small boost, or performing a long slide down a dusty hill before leaping off the edge feels like playing something more akin to Tony Hawk than anything else.

The key bit of magic that Beyond the Trees has is the way the story and the gameplay intertwine. Swinging through the trees of a thick forest feels slick, fast, and playful. But then suddenly it doesn’t. As you see machinery in the distance, the forest starts to thin, and swinging becomes slightly harder.

It keeps getting harder throughout until the forest is barely there. Your fingers have engaged with the magic of the thick forest, the joy of swinging through the trees, and now they can’t. It feels like you’ve physically lost something, and there’s nothing you can do. Some of my favourite games pull off this trick, and it isn’t as easy as it sounds, but Beyond the Trees succeeds palpably. 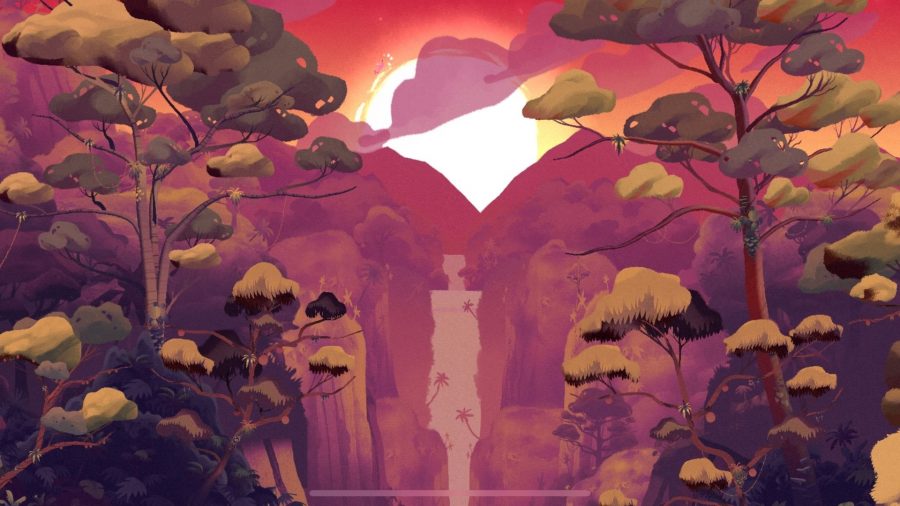 Outside of story and gameplay, Beyond the Trees is wholeheartedly a full and polished package. The visuals are strikingly gorgeous, whether it’s the colourful foliage or the bustling towns, there’s an atmosphere captured in every scene depicted. The way the gibbons themselves are animated is also beautifully playful, and they endeared themselves to me very quickly.

Helping this is the excellent sound design, capturing the gibbon’s call and the forest’s rustling just as well as the whirr of machinery and the racket of a crowd. The detail is striking throughout. For example, every time the gibbon’s arms grab onto something to swing, there’s a little noise. At first, these are all similar noises, just rustles of leaves or knocks on wood as you’re stuck in the forest. But once in the city, you can hear the clink of metal or the rubbing of fabric and everything in between. The attention to detail is surprising no matter what, but it’s particularly impressive for a game made by a team of fourteen people.

There’s so much care that’s gone into every inch of the game, and it’s most clear when it ends. After giving you so much enjoyment and emotion, the developer Broken Rules makes clear the danger that gibbons face, shows a list of organisations actively helping the endangered species, and does all of this without feeling imposing. Instead, it feels deeply personal, which helps you connect to the developer. 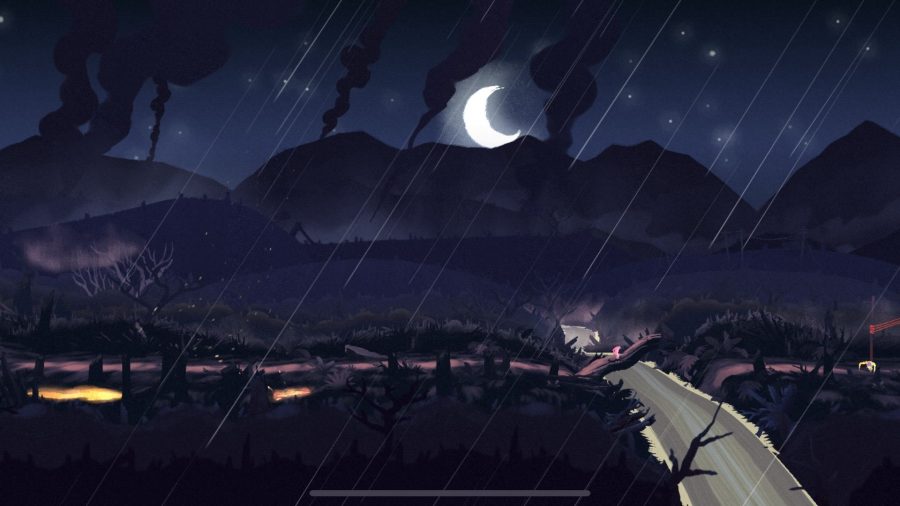 Gibbon: Beyond the Trees is important. Not just because it has an urgent message, but also because it shows the power of a videogame to impact reality. Games can be whatever they want, but it’s really special when they highlight real-world issues and allow us to connect to them in a way no other medium can. The magic of videogames to immerse you in a universe puts them in a unique position to raise awareness, and Beyond the Trees does exactly that without really putting a foot wrong. It may be short, but it doesn’t need to be a second longer. It succeeds at exactly what it’s trying to do.

Gibbon: Beyond the Trees review

A slight but impactful piece of work, Gibbon: Beyond the Trees blends engaging gameplay and a vital ecological message seamlessly, all while being gorgeous to look at and listen to. It's a powerful, polished package that has almost nothing wrong with it.