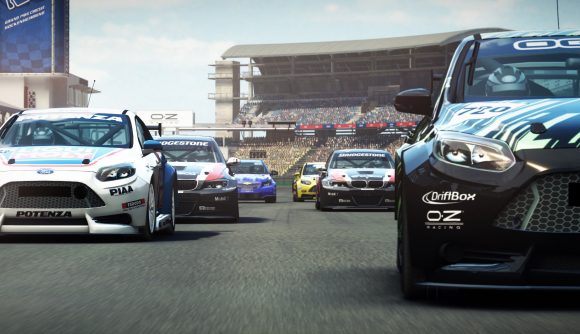 Feral Interactive has announced that the multiplayer beta for Grid Autosport is now available on Android. Back in March, the company announced a multiplayer beta for iOS, but remained silent about Android; until now. Feral is also currently testing crossplay for both Android and iOS, meaning you can race against rivals on either mobile platform.

For those who don’t know, Grid Autosport is a racing game originally released for PC and console in 2014. But Feral Interactive, who has adapted older games like Company of Heroes for mobile, worked its magic, and brought the game to Android and iOS. Grid Autosport launched on iOS first in 2017, and Android last year, complete with all the original game’s DLC, and has gained a popular following since.

The publisher posted both the links and more information on Twitter as well.

If you want to race on Google Play, you’ll need a device running Android 9.0 or later, and for Apple, iOS 10 or later. A full list of the phones that the game will work on can be found below:

But if you just gotta go fast, you can play the regular version of Grid Autosport by purchasing it on Google play or the App Store for $9.99.