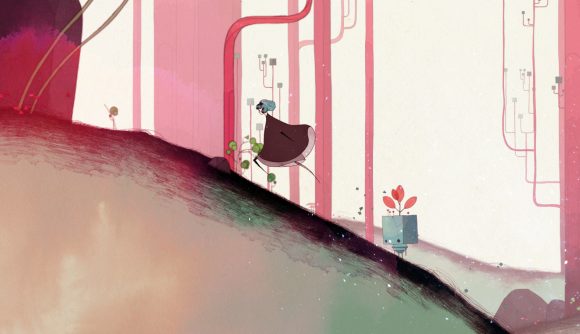 April 2, 2020 Gris is now available on Android, and you can find a link to download it at the bottom of this story.

Winner of the Game Awards, ‘Games For Impact’ category, Gris is launching on Android later this week. Following the journey of a girl of the same name, Gris explores ideas of sorrow and grief in a fading world, her dress granting powers which she uses to traverse its many obstacles. Released in December 2018, and launching on iOS at the same time, Gris can be counted as one of the most critically acclaimed indie games of the past couple of years.

In particular, the game was praised for how it dealt with the subject of grief, but also its gorgeous visual aesthetic, and its enchanting soundtrack. Having already cemented its place on mobile with a wonderful iOS port, this Android release has been a long time coming.

Your journey through Gris is somewhat similar to Hellblade (though with far less stabbing of Norse spirits) as you gradually help her recover strength, represented in the powers linked to her dress, and to find acceptance in regards to whatever sorrowful event brought her to this strange plane of existence.

There have been a number of games dealing with mental health in recent years, whether Hellblade, or Sea of Solitude, but with a memorable art style and soundtrack, Gris has carved out some recognition for itself. It was also highly successful considering it was the first game of Barcelona-based developer, Nomada Studio; a collaboration between two ex triple-A developers.

It’s plain to see how inventive Gris is in terms of its gameplay, combining aspects of endless runners, platforming, puzzle, and Metroidvania in terms of abilities. But most of all, the game was recognised for creating a relaxing, therapeutic play experience, mirroring the restorative journey of its protagonist. 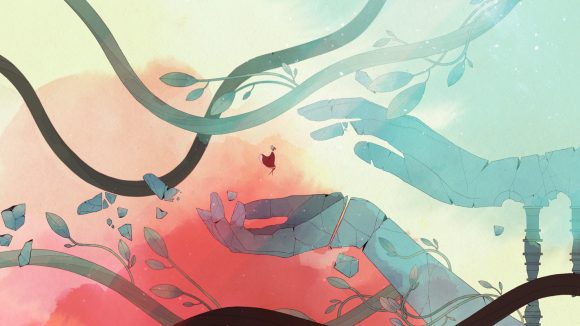 If this sounds like your cup of tea, you can grab the Android version right now on Google Play, or purchase the iOS from the App Store for $4.99 (£4.99).