Will GTA 5 mobile ever be a reality? That’s the eternal question, and one that Rockstar has largely fostered thanks to its insistence on bringing all of the Grand Theft Auto games to mobile during the early days of the App Store. Well, aside from the first couple of games for some reason. We’re still waiting on those, Rockstar, as well as a port of Grand Theft Auto: London please!

But back to the matter at hand. Rockstar has, so far, introduced Grand Theft Auto III, Vice City, San Andreas, Liberty City Stories,  and Chinatown Wars alongside Bully and Max Payne, so the massive developer is no stranger to porting its classics to mobile. However, the releases have slowed of late, with Bully, the latest mobile port, arriving four years ago in 2016.

Rockstar has, traditionally, ported its games to mobile alongside their anniversary, so there is hope for a Grand Theft Auto V port. However, we’re still likely three years away from it, if it does happen, as that would mark the ten year anniversary. There’s also another potential spanner in the works: Grand Theft Auto IV never received its anniversary port. But we’re going to focus on the positives in this guide, and provide a bunch of rumours and speculation on whether GTA 5 could come to mobile or not.

GTA 5 mobile – everything we know so far:

Has Rockstar said anything about Grand Theft Auto V on mobile?

No, Rockstar has not announced an official port of Grand Theft Auto V on mobile, so it’s likely not in the works at present. We will update this section as soon as that changes.

Can I stream Grand Theft Auto v on mobile?

Yes, you absolutely can play Grand Theft Auto V on mobile right now by streaming it from your PC or, in certain instances, your console. You do need to own a PC or compatible console, an internet connection (in certain cases your home network), and a copy of GTA 5 for that platform.

Here are a range of streaming options you can try: 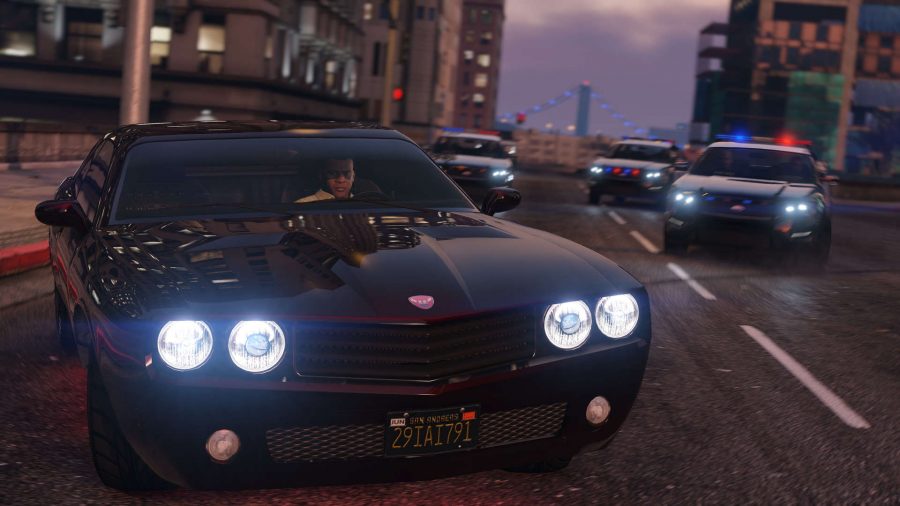 There is some evidence to suggest that Grand Theft Auto V would run on select mobile devices. Apple has compared its latest iPad Pro devices as equally powerful as an Xbox One in terms of gaming performance. If this is true, then it’s feasible that any of the current collection of Xbox One and PS4 games could come to mobile in some form.

There’s also the fact that Grand Theft Auto V originally launched on Xbox 360/PS3, and a number of games have made the jump from those platforms to mobile. These include XCOM, Minecraft, Limbo, The Last Remnant, Brothers: A Tale of Two Sons, and Fortnite. Granted, Grand Theft Auto V is a lot larger and more graphically intensive than this list, but the technology is there.

How much space would it take up?

But, there’s a bigger question: would Grand Theft Auto V even fit on your mobile device? Well, the answer is complicated, but it is possible. If we base our size estimates on the Xbox 360 version, it would take up roughly 16GB of space, which is substantially larger than even the biggest crop of mobile games, which max out at around 4GB.

Still, 16GB would fit on many modern devices, and it may well be that Rockstar could squeeze that down further with some technical wizardry. 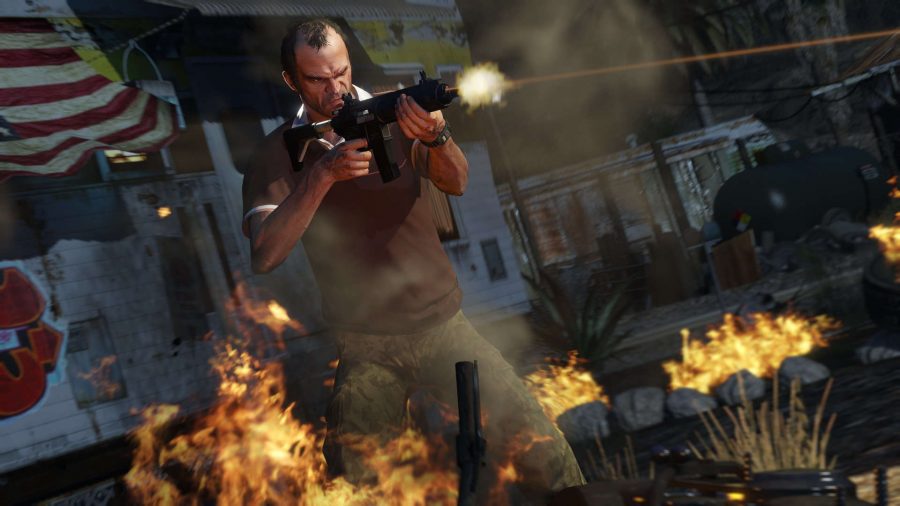 Has Grand THeft Auto come to mobile before?

Which Grand Theft Auto games are not available on mobile?

Rockstar has, so far, not released the following Grand Theft Auto games on mobile: