With the times moving so fast these days, it’s hard to deny we’re in a generation of nostalgia. Having spent my youth permanently hooked up to my PS2 like some weird human peripheral, I have a deep-seated love for games from the early 2000s, as does the rest of Pocket Tactics (and probably most of you, too).

So when the team heard that Grand Theft Auto: The Trilogy – The Definitive Edition was coming to Switch, we were overjoyed. Nothing sounds more appealing than curling up in bed on a Saturday morning, zooming around the bustling streets and wreaking havoc, a cup of (hot) coffee in hand. Pure bliss, right? … Right?

Well, as you’ve likely heard, what should be an easy, crowd-pleasing home-run for Rockstar has somehow ended up in chaos – and not the fun kind. Riots are breaking out in the streets. Forum boards are on fire. The sky is falling. Well, not literally, but it might as well be. Because GTA: The Trilogy – The Definitive Edition is bad. Like, really, really bad. And the Switch version, heartbreakingly, may just be the worst one.

I wanted to like this. I really, really did. I convinced myself that the hate it’s getting is over-exaggerated. But honestly? It isn’t. If I squint through my rose-tinted, nostalgia-coated glasses, I can feel a tiny bit of the magic that made the series a solid classic in the first place. But with Rockstar’s deep pockets and huge name, there’s no excuse as to why the games have been released in this state, and for a triple-A price at that. 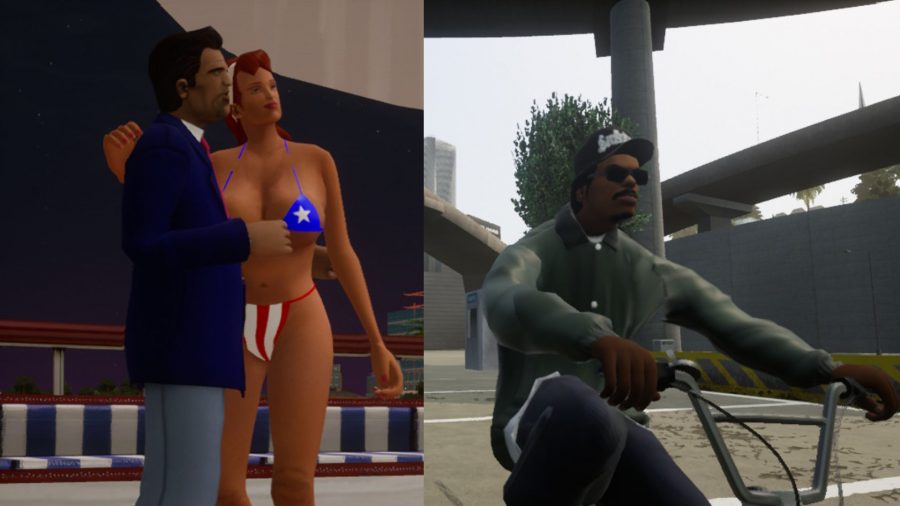 We should have been suspicious when pre-release footage was pretty much non-existent, but nothing could have prepared us for this. Most of the ‘remastered’ characters look like creatures that have crawled out of the SCP Vaults. Their Slenderman-esque arms twisted, their bodies deformed, their faces – well, let’s just say they’re pretty creepy. Poor Candy. Poor, poor Candy.

The frankly odd NPCs are the least of it, and honestly, I could overlook them if the port was even slightly competent. All three games suffer from terrible popping, frame rate drops, poor audio, and bugs. Not to mention, the bizarre Vaseline-smear filter over pretty much everything. Animations are jittery, controls are finicky, textures are far worse than on the PS2, and everything just looks and feels wrong. It’s clear that AI upscaling was used (poorly), leading to spelling mistakes on signs, ugly tiling, and the whole thing looking like someone went crazy with a smudge tool in Photoshop. There’s no wonder why video capture isn’t allowed in-game. 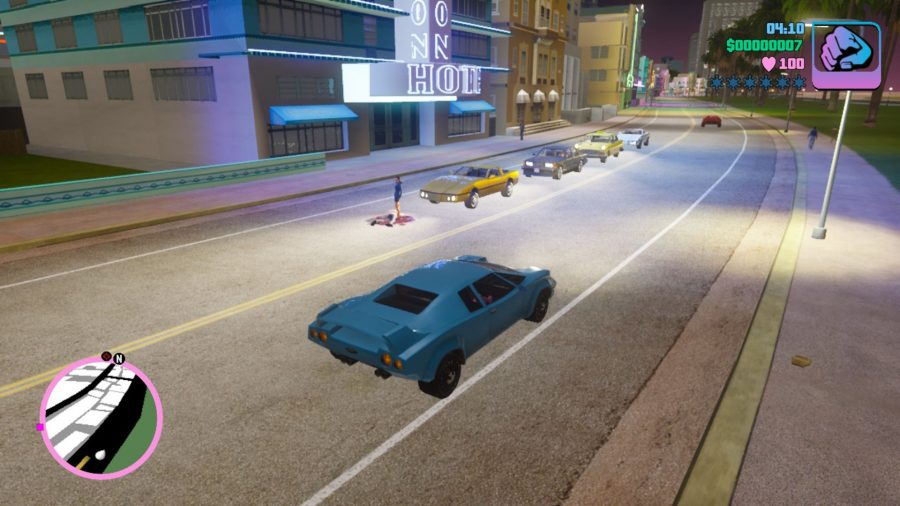 The popping and framerate issues are by far the most frustrating ‘feature’, especially when you’re driving – which, you know, in games called ‘Grand Theft Auto’ you tend to do a lot. For some reason, riding a moped in Vice City was probably the best driving experience I had across the three, but I was still plagued by colossal stutter, and cars and NPCs magically spawning in front of me with barely any time to swerve away from them. Even the much-loved (but now highly restricted) catalogue of music couldn’t make this enjoyable. Somehow they’ve managed to make three games that run perfectly on a PS2 perform far worse on a current-gen console.

Combat feels clunky, and is a downright chore. The auto-aim is abysmal, and I had to flick it off within a few minutes of gameplay. Every punch or swing of a baseball bat causes the frame rate to drop, meaning I often found myself running away from fights in frustration (and not because I owed a drug dealer any money). Essentially, performance issues take all of the fun out of literally everything that makes GTA what it is, and that’s heartbreaking. 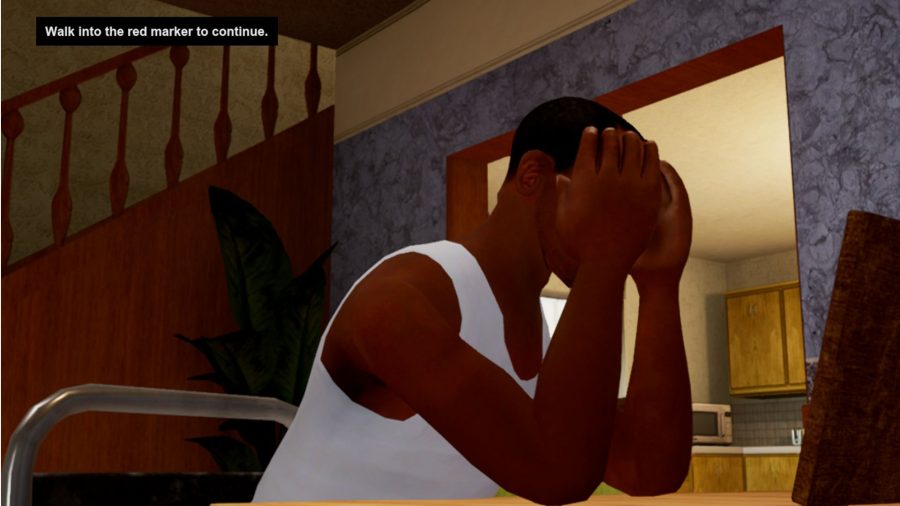 There’s news that patches are in the works, but that really doesn’t excuse the current state of the Switch release. Homebrew emulators have done a better job of this for years, and it’s staggering that such a big company would handle these beloved classics this way. In the words of Big Smoke, ‘we are both blessed, and cursed. The same things that make us laugh, make us cry’ – and we’ve been doing a lot of the latter when playing Grand Theft Auto: The Trilogy – The Definitive Edition on Switch.

A shocking mishandling of three beloved classics, Grand Theft Auto: The Trilogy - The Definitive Edition on Switch is a poorly ported mess of frame rate drops, popping, ugly characters, and bad decisions. Time to dust off the PS2.