Gumslingers is a brand new type of battle royale experience that could only work on mobile, where snappy little time-wasters are wide-spread. You and a real-life opponent face each other in a minimalist arena and see who is quicker off the draw. It’s much like a typical stand-off in a western movie, with both of you trying to fire faster, and more accurately, until one of you falls.

This takes place over numerous tournaments, in which 64 players duke it out for the crown. A tournament consists of multiple stand-offs, with the loser of each dropping out until there are only two opponents left. The winner of this stand-off wins the entire tournament.

At this point you receive a ton of rewards, including new characters, coins, and modes. Our goal in this guide is to help you get this stuff more often, by providing you with a brief explanation on how the game works and some tips and tricks to help you excel at it. Let’s see if we can’t help you get a bunch of headshots.

Use the handy links below to reach the section of the guide that most interests you.

Gumslingers is a battle royale shooter in which you and 63 other players duke it out to be the last gummy standing in a series of one-to-one stand-offs. Win a stand-off and you progress, lose and you’re out of the tournament. Either way, you’ll receive rewards depending on your performance, which includes progression on Gumslinger’s equivalent of the battle pass, new characters, coins, modes, and more.

Yes, Gumslingers is free-to-play; though there are optional microtransactions. You can purchase the equivalent of a premium battle pass, which provides you with extra rewards when progressing, as well as purchasing coins that you can spend on new characters and medkits.

None of this is mandatory, though medkits are pretty important. You can earn plenty of coins to spend on them by playing alone (particularly if you perform well in tournaments), though you may not have enough coins left over to purchase new characters without spending money.

How do tournaments work?

A tournament consists of a series of stand-offs against a single opponent. Beat all of them and you win, earning a bunch of rewards. To win a stand-off, you’ll need to reduce your opponent’s health to zero before they can do the same to you, and you achieve this by shooting them. 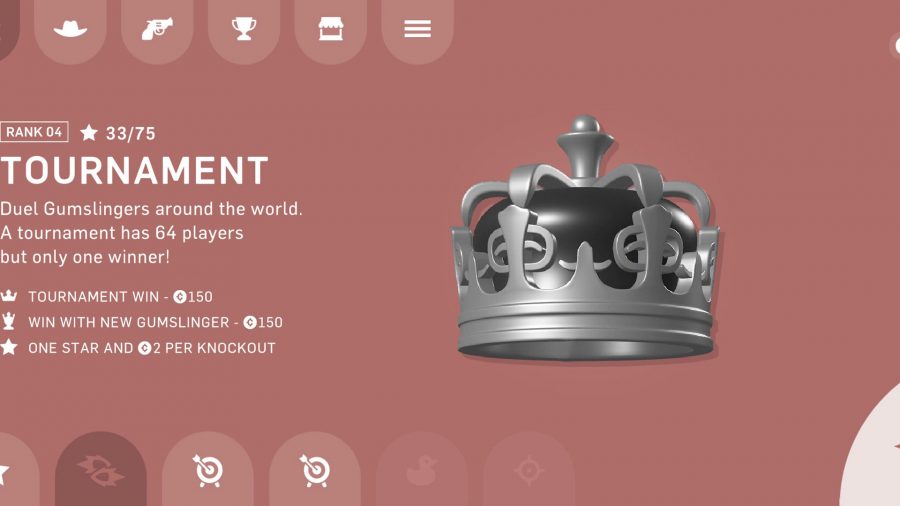 You’ll need to win each stand-off to win the tournament, which is challenging for one specific reason: your health doesn’t recharge between rounds unless you purchase, or own, a medkit. These cost 100 coins a pop, and are invaluable.

Swipe on the right side of the screen to aim your weapon, then tap left to fire. If you hit your opponent, you’ll damage their health bar. Reduce this to zero, and you win. As is to be expected, you’ll deal more damage from a headshot than a footshot, though this can vary per character. It’s worth taking a look at the damage chart for each individual Gumslinger to learn where best to shoot them.

When you hit an opponent, you’ll knock them back. This has its advantages and disadvantages. If the arena is small, you might be able to knock them off it entirely, which defeats them immediately. If not, they might leap into the air and soar towards you, making them a difficult target to hit.

As a result, it’s worth bearing in mind the type of arena you’re in and adapting your strategy accordingly. Is it better to fire at an opponent’s chest so they’ll fly backwards and out of the arena? Or do you want to fire at their feet so they don’t go so far backwards and get a jumping advantage?

How do the different modes work?

When not participating in tournaments, you can take part in minigames to improve your shot. These come in a variety of different forms, including: 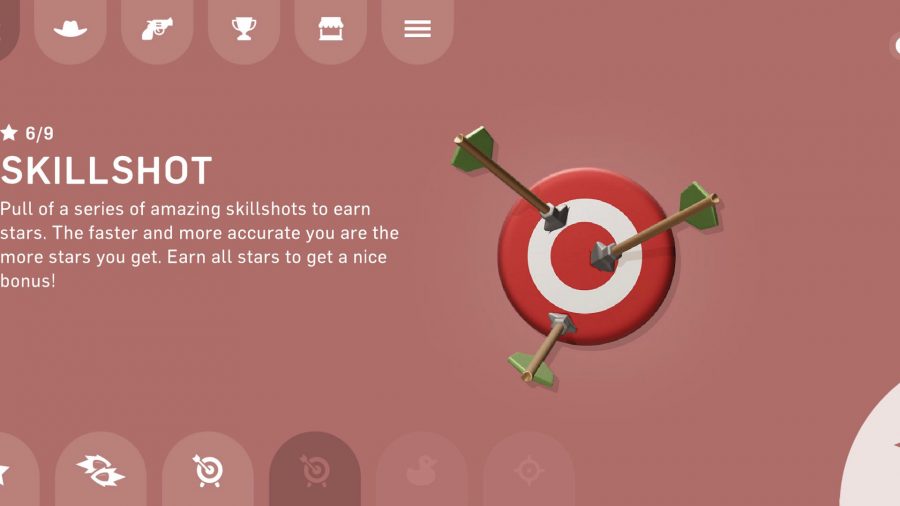 How many characters are there and how do I unlock them?

There are currently 22 Gumslingers available, and you unlock them by purchasing one at random Gacha-style. The amount of coins it takes to purchase a Gumslinger increases exponentially.

You can also get a free Gumslinger by following Itatake on Instagram, though you don’t actually have to hit the follow button. Simply view the list of characters by tapping the second icon on the left at the top of the screen then tap on the Instagram logo on the bottom right. Head back into Gumslingers and you’ll have your new free character.

How do trophies work?

Trophies are basically the achievements systems in Gumslingers, and there are two types of trophies:

To be clear, levels are the battle pass-style ranking system that earns you rewards for performing well in tournaments and minigames. There are a set number of stars up for grabs each level, which you can view by tapping the top leftmost icon, and you’ll get a trophy for earning all of them. 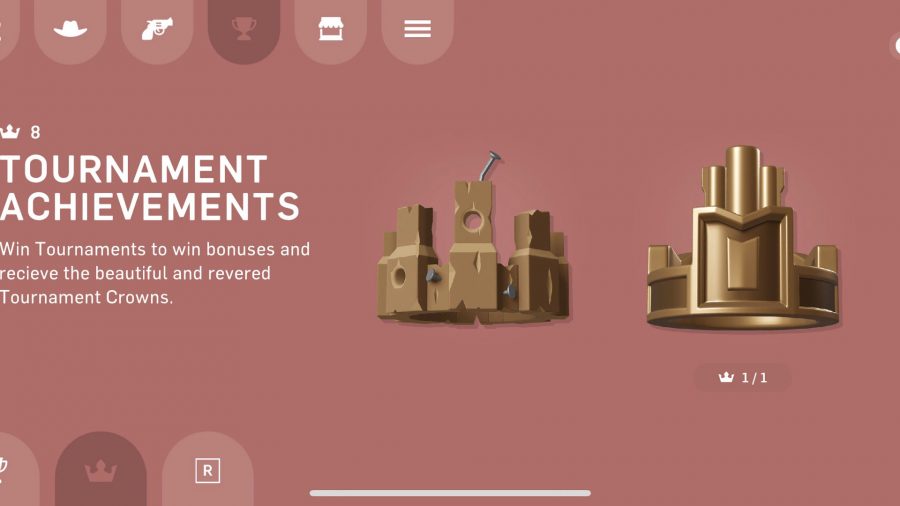 As for tournament trophies, you earn these by winning entire tournaments. That involves being the last person standing out of the 64. If you head to this section of the trophies screen, you can see how many tournaments you have to win to get each trophy.

How does ranking work?

Ranking is a simple system in Gumslingers that shows how good you are compared to other players. There are ten ranks in total and they function like this:

And there we have it, our complete Gumslingers guide. We hope you enjoyed it! If you fancy reading more Gumslingers content, simply scroll down to check out our full review.