Gumslingers is everything we want in a mobile time-waster. It’s snappy, social, and, most importantly, fun. Brought to you by Itatake, the talented developer behind Rest in Pieces, Gumslingers is a silly physics battle royale. It’s also utterly gorgeous, which is as to be expected from Itatake at this point.

The beauty of this shooter lies in its simplicity. It pits you, as one of a multitude of different gummy characters, against a single opponent in a minimalist arena. In a move that will excite every single western movie fan ever, you have to raise your gun and fire it at your single opponent before they can do the same to you. Yes, it’s the videogame equivalent of that scene.

A swipe of the right side of the screen raises and lowers your gun, while a tap on the left fires it. You have as many bullets as you want, so spraying-and-praying is a viable strategy, though accuracy is paramount. Land two shots to your opponent’s head and the round is over, while it can take up to five shots to the knee to get the same result.

But what about those silly physics? Well, they come in whenever you’re shot. Given that you’re playing as gummy versions of chickens, skeletons, wizards, and more, a bullet doesn’t actually do all that much damage. It pretty much just bounces off you, in fact, but it also propels you backwards in dramatic ragdoll fashion.

This requires a simple adjustment to your aim in certain arenas, which is challenging enough, but others act like mini versions of Super Smash Bros., where falling out of the arena spells game over for you. Those that don’t function in this way are particularly interesting, as if you get knocked too far back from your opponent, your character will perform a Matrix-like slow-mo dive to close the gap between you and your opponent. Getting a headshot during these moments is as satisfying as games get, really.

Each game of Gumslingers acts like a traditional battle royale, though the winner is determined by a series of one-on-ones. There are 64 opponents in each battle, and each time you defeat an opponent (or you’re defeated yourself, shudder the thought) you’re knocked out and have to start again. This works brilliantly; particularly when you consider that you can win a whole game in a matter of minutes. It’s as fast-paced as you’re likely to see in a battle royale. 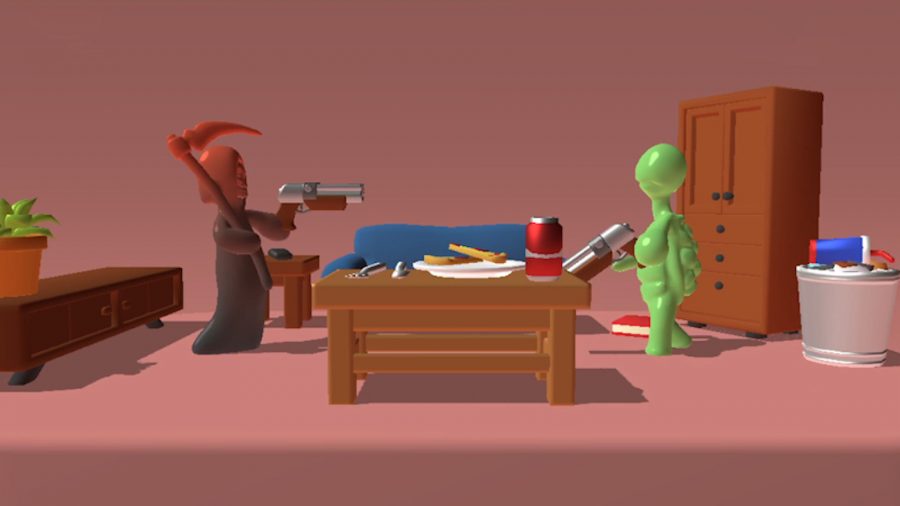 It also means that getting killed is minimally frustrating, as you can get straight back into the action and try and win all over again. What isn’t clear, though, is whether or not we’re facing bots. There’s no ‘waiting for players’ screen, which could suggest that the game is just enormously popular at this point, or it could be that we’re playing against AI. Given that the game does tag opponents as AI during the tutorial, we’re willing to give it the benefit of the doubt that we’re facing real opponents, though the speed at which we’re thrown into rounds is almost unbelievably impressive for a new game.

Gumslingers has some terrific characters to choose from, and we thought we'd highlight our favourites so far.

Each time you win, or lose, a battle royale, you’ll earn stars depending on the number of opponents you defeated. This propels you along a traditional battle pass system where you earn rewards, including new modes, characters, and in-game currency. The new modes are a great way to improve your skills, providing you with snappy minigames that might have you shooting flying objects, destroying a bunch of objects with a single shot, and many more. They also reward you with stars, allowing you to progress through the battle pass a lot faster.

There are currently 22 characters to unlock, and they range from cowboy hat-wearing gummies to the outright-bizarre chickens and skeletons. This is not a game that takes itself seriously though, so the sky’s the limit in terms of how silly Itatake fancies being at any given time. New characters cost coins, which you receive as both battle pass rewards and for winning in tournaments, which also provides you with a trophy. 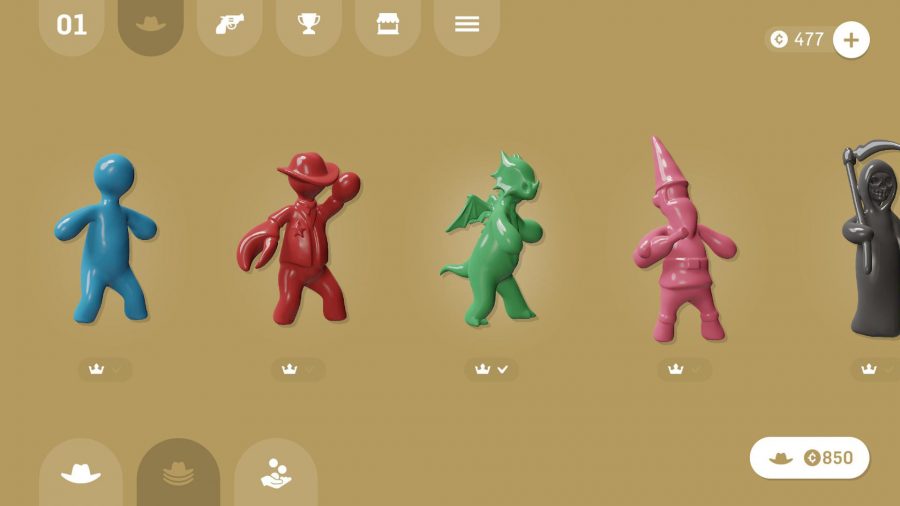 You’ll receive a gigantic boost in coins each time you win the tournament with a new character too, so there’s plenty of incentive to win with as many Gumslingers as possible. It’s also a good reason to buy a new gummy too, which costs an incrementally higher number of coins.

Now, this is a free-to-play experience so there are plenty of options to spend your hard-earned cash. It’s certainly not mandatory though, on any level, and the options are all very reasonable. You can purchase a starter pack, for example, which costs a mere $1.99 (£1.99) and provides you with ‘Starbar Pro’, which is basically the premium battle pass, new gradient skins for all Gumslingers, a big bag of coins, and a gun skin for all guns. It also turns off all forced advertisements.

Following that, you can purchase coin bundles, with prices ranging from $1.99 – $20.99 (£1.99 – £20.99), but you really won’t need to. As long as you play regularly, you’ll receive more than enough coins to keep purchasing medikits. These items are near-essential, as they heal you between rounds of a tournament. Without them, you’re very unlikely to win, so it is slightly problematic that they’re linked to microtransactions. However, everything’s so cheap that you really don’t ever need to spend. 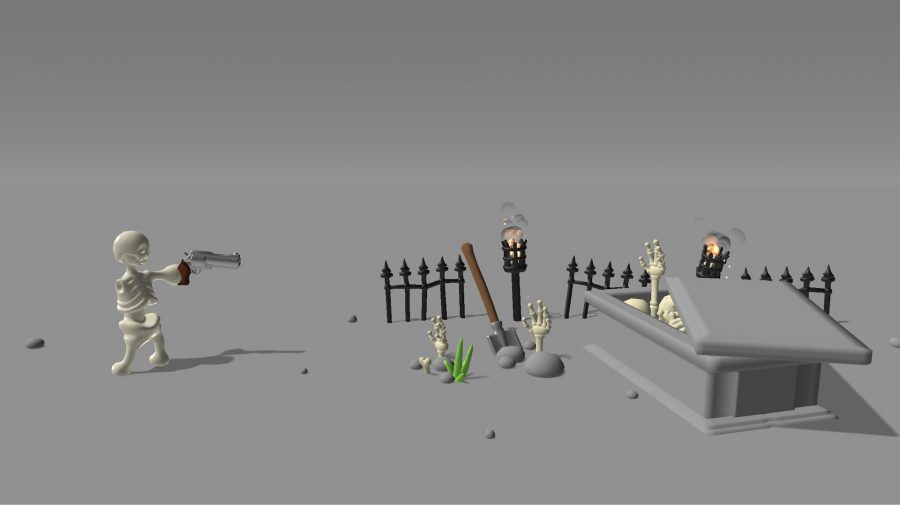 Overall, we’re thoroughly impressed with Gumslingers, which demonstrates that fun little time-wasters don’t have to come with enforced advertisements, microtransactions, and other greedy practices. The presentation is also absolutely top-notch, with a delightfully minimal aesthetic, fantastic physics effects, and crunchy sound effects. If you’re looking for something to keep you busy in small bursts, you really can’t do much better than Gumslingers. Go ahead and grab it right now on the App Store or Google Play.

With outstanding presentation, short bursts of addictive gameplay, and fair microtransactions, you really can't do much better than Gumslingers for a decent time-waster