Looking for a deep and immersive action game to play on the go? How about a game that brings the fast-paced thrills of PC gaming to the small screen with bespoke controls accessible to all players? Then allow us to introduce Gunfire Reborn, a brand new first-person shooter-roguelite hybrid that combines the joys of competitive shooters like Overwatch and Borderlands with the challenge and achievement of roguelites like Hades and The Binding of Isaac.

Gunfire Reborn has been available on PC for some time now, quietly building a dedicated fanbase of players who can’t get enough of the game’s unique blend of genres. The game hit Steam in 2020 to ‘overwhelmingly positive’ reviews and has continued to gain players as it moved from Early Access to Version 1.0, eventually selling over 2 million copies.

Now, the game is making the jump to mobile platforms, allowing players to get stuck into Gunfire Reborn’s thrilling action gameplay in the palm of their hand. Read on to learn more about this slick combination of roguelite and FPS.

The game has six heroes to choose from, with three available from the start, each offering a unique gameplay style based on their traits. The game’s RPG elements allow players to customise their character builds to improve their effectiveness in battle and tailor them to their playstyle. As you explore and defeat enemies, your player character will become stronger, adding new abilities to their repertoire as you collect loot to outfit them with. 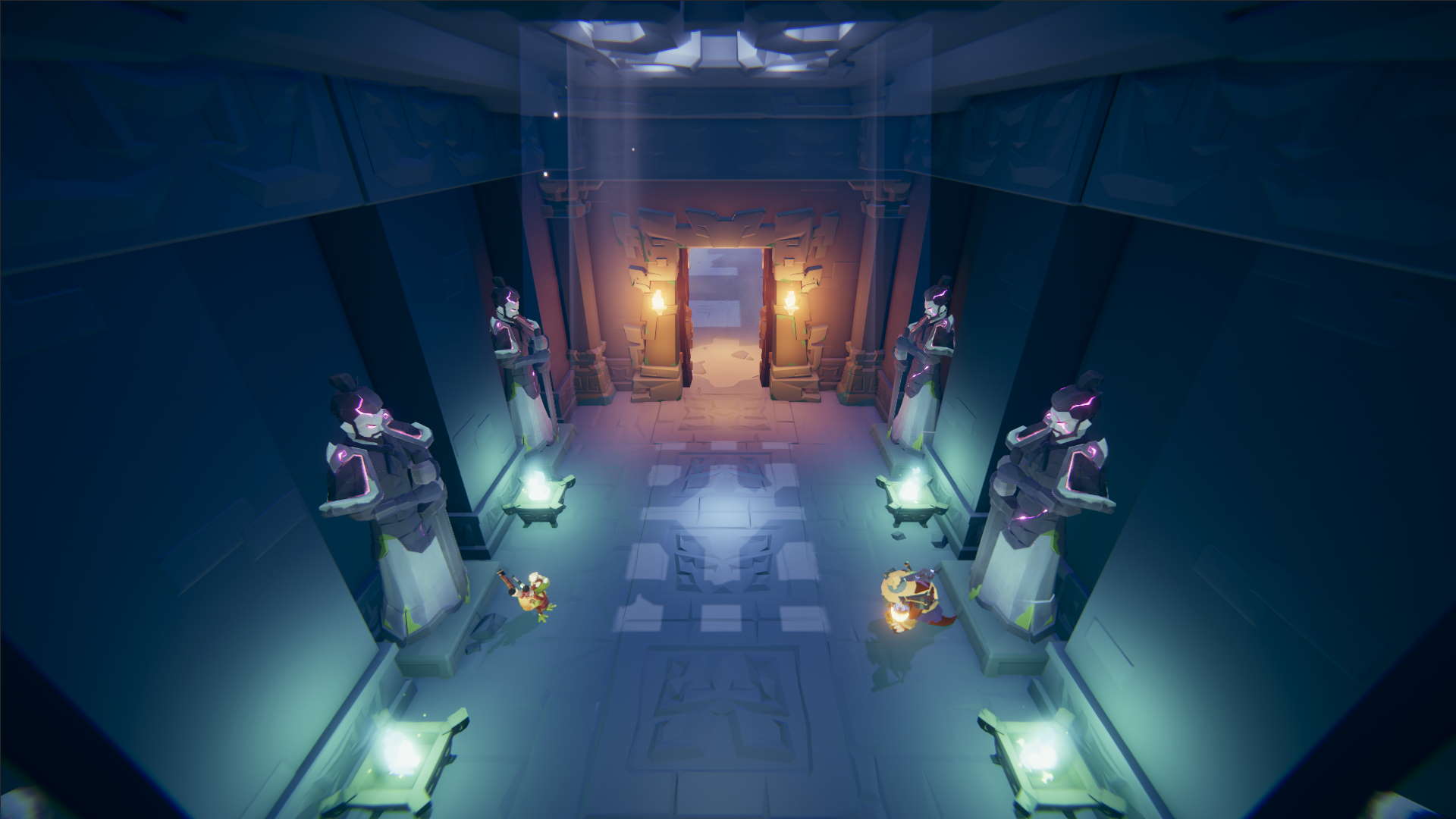 A new type of gunfight

The action plays out across four distinctive acts, each with its own visual style and aesthetics. The procedurally-generated nature of each level means that no two runs will be the same, with different enemies and environments cropping up each time. Each hero can grow through 18 ‘Ascensions’ that improve their power and skills.

On top of the variety in character builds, there are also over 40 different weapon types to collect. There’s a great amount of variety between the various firearms, ranging from automatic rifles to bows to fire-breathing dragons. Each gun feels satisfying to shoot and a great deal of care has gone into making sure the sizable arsenal is well-balanced.

Then there’s the multiplayer element. Gunfire Reborn is playable in up to four-player co-op, allowing you to team up to defeat the hordes of enemies that the game throws at you. Teaming up with friends is a great way to enhance the fun, as well as take the sting out of some of the more challenging encounters. Don’t expect a walk-in-the-park, though. Enemies scale in difficulty the more players you add to your roster, so work together to make sure you keep all your allies alive. 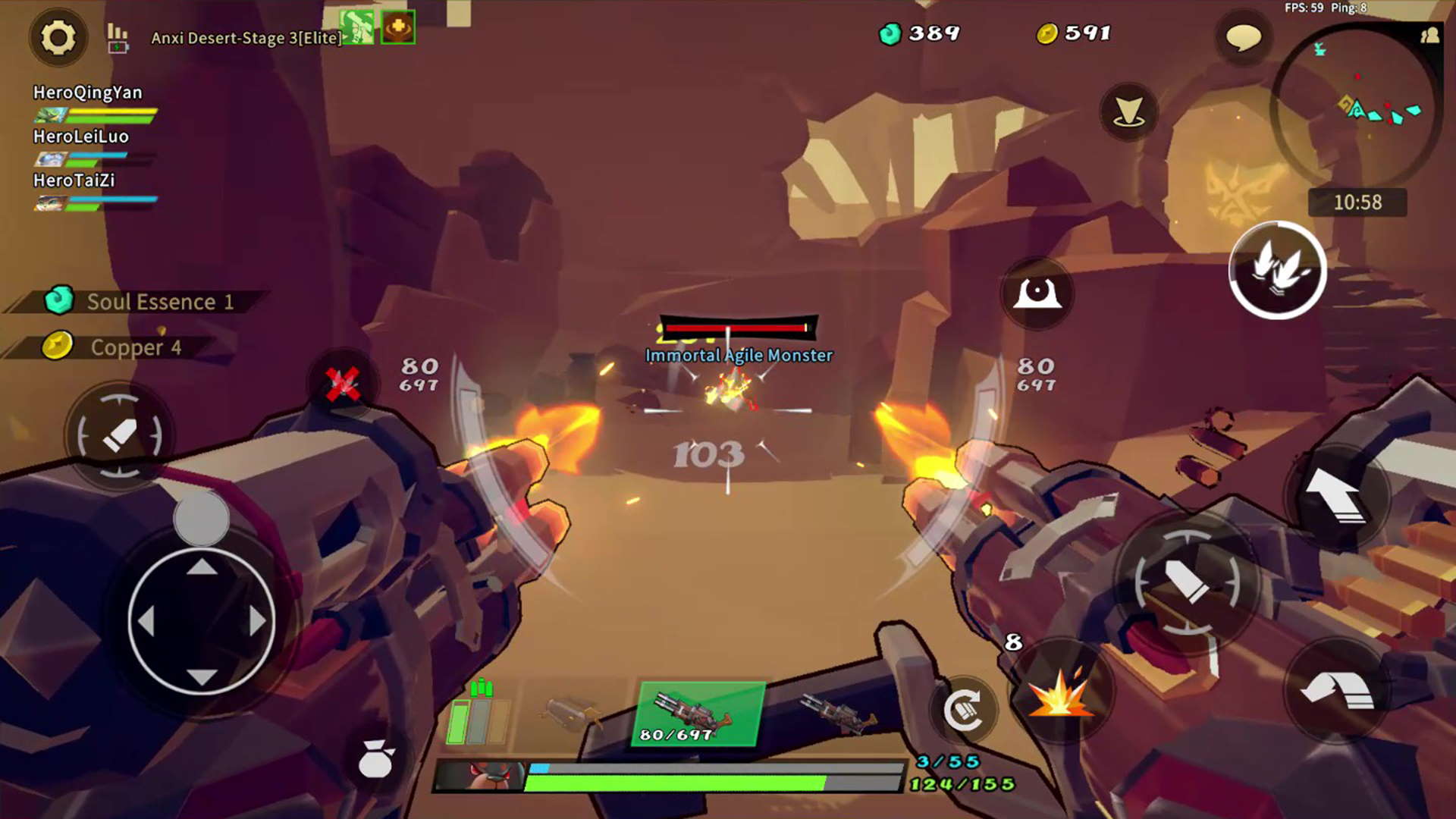 New and existing fans will be pleased to learn that developers have put a lot of effort into translating the game seamlessly to mobile, without losing any of the qualities that made the PC release a success. This means that the controls have been carefully reworked to feel great on mobile, with a brand-new UI layout providing enhanced accessibility to make for a superior handheld FPS experience.

Each weapon has been tweaked to feel great in handheld mode, with additional ‘automatic fire’ functions being added throughout the game’s arsenal. There are also broader tweaks to accommodate mobile players, with a smaller game size and reduced difficulty, ensuring players of all tastes can enjoy Gunfire Reborn.

These gameplay features mixed with the game’s already mobile-friendly format make for the perfect portable game. Traditionally the domain of PC and console games, roguelikes have been gaining popularity on handheld systems and it’s not hard to see why. The procedurally-generated environments make each run unpredictable and the expansive customisation and character development options add almost endless replayability. 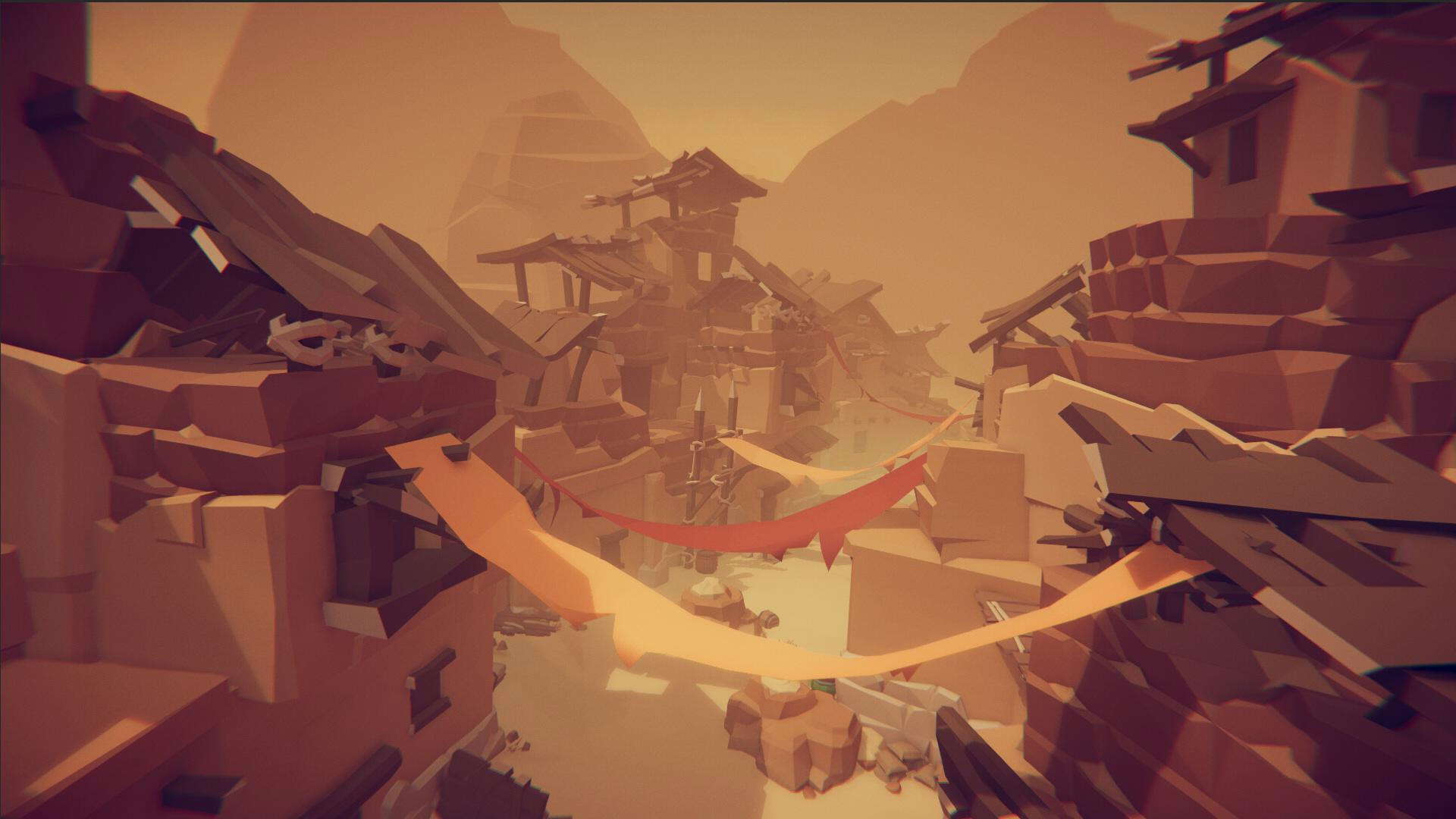 Gunfire Reborn’s large arsenal of weapons also adds to that replayability, appealing to the packrat within all of us that wants to collect them all. In addition to weapons, you’ll also come across occult scrolls on your adventures, which refresh the experience with over 100 different gameplay effects that will change your run for better or worse.

Some scrolls will help you, while others will hinder you, adding negative effects that will make fights more challenging. Experimenting with varied builds is the best way to counter occult scrolls – some builds will be able to bypass negative effects, whereas others may even turn them into advantages. Try out different builds and combine them with your friends’ builds to find a winning combination.

So grab some friends and prepare yourselves for a mobile roguelite unlike anything else available on smaller screens. You can download Gunfire Reborn today on Android via the Google Play Store or iOS via the App Store for $6.99 USD.