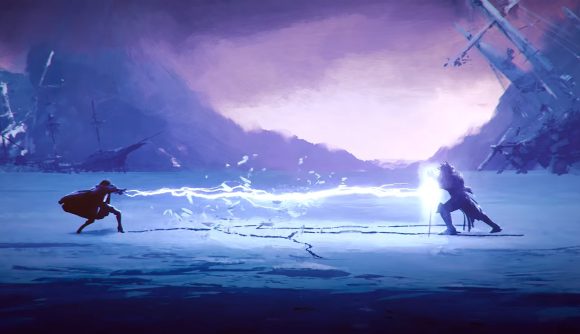 After releasing on iOS in October last year, Gwent, the Witcher universe-based card battler, has finally made its way to Android. I cannot express how excited I am about that; three years after the beta launched, and I can finally kick some Nilfgaardian ass (or more likely get my ass kicked) no matter where I am.

For any who don’t know, in Gwent, you take the role of a faction in the world of The Witcher, collecting cards, and building your deck. Each faction has certain specific strategies, but you can also add in neutral cards, who reflect characters with no specific allegiance. Bring these decks to battle, and over three rounds, whoever scores the most points wins!

To celebrate the release, if you log into the Android version of Gwent before March 31st, you’ll receive a free ultimate card keg: a ‘chest’ which grants you new cards in the game. There are also rewards planned throughout launch week for all versions of the game.

Since CD Projekt Red’s Gwent launched in beta a while back now, it has been a popular deck builder, both for its speed, and lack of pay-to-win aspects. The game is also very well supported, with regular balancing updates, and a variety of inventive card packs, adding new factions, such as the gangs of Novigrad, to the mix.

Considering the unique position of the game, it can bring in both fan favourite characters from the books, as well as the games, which is cool, considering the recent resurgence in Andrzej Sapkowski’s The Witcher book series, since the release of the Netflix show.

Gwent’s appearance on Android is also a hopeful sign for Thronebreaker, the RPG based upon it, potentially coming to mobile, as it was originally supposed to be the main campaign of Gwent, but it became too large, and was spun into its own series. Thronebreaker would be a perfect game for mobile, so we’ll keep our fingers crossed that it, and any future Witcher Tales games, find their way to us eventually. 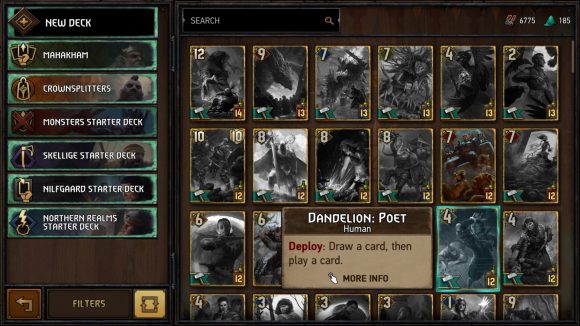 But for now, Gwent can be picked up on the Google Play Store, and offers plenty of Witcher-based battle, and deck building fun. Plus with its built-in crossplay between PC and iOS, you won’t want for opponents either. Other than that, I guess there’s only one thing left to say:

How about a game of Gwent?