When games adapt books, most of them usually choose to reinvent the source material almost directly. You can see this most notably in the Metro games, based upon Dmitry Glukhovsky’s book series of the same name. But when Cd Projekt Red decided to adapt The Witcher books, they did something a little different. Setting the game series directly after the books had ended, they created two timelines in The Witcher universe: that of the games, and that of the books.

It’s one of the reasons that Gwent: The Witcher Card Game, is so unique, positioned as it is to draw in characters from both worlds. It’s an idea that Gwent has built its foundation upon, realising hundreds of named characters in card form, as well as units and monsters from throughout the expanded lore. But it’s a difficult task. Those of us who’ve played the games know the familiar faces; we could recognise Geralt, Ciri, or Yennefer easily. But what about Milva? What about Cahir? What about Vilgefortz?

The true challenge isn’t bringing to life the characters we know, but the ones who’ve only ever existed in written form. But that’s where the art of portraiture comes in. 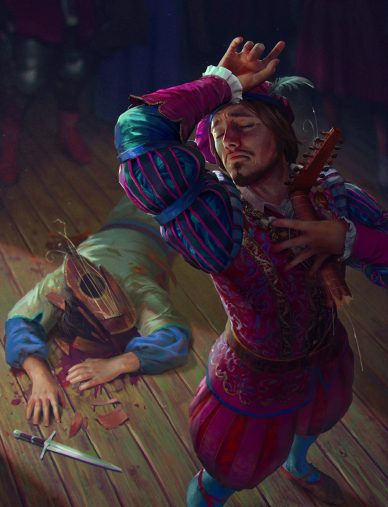 “It always starts with the card,” explains Remigiusz Nowakowski, Gwent’s art director. “Once we’ve figured how it behaves on the game board, we’re ready to look for a snapshot from the Witcher universe that will be a perfect depiction. Of course, we’re all invested in the game and huge fans of Witcher, so each one of us has favourite parts of the story, but our writers and lore experts sit down and prepare briefs on what each card’s illustration could be. Sometimes, it’s all about the mood, other times, it’s about action. But when we get those briefs, we start sketching, and together pick the one that promises a perfect match between gameplay requirements and storytelling.”

Portraits are a challenging form of art, especially when they’re dealing with beloved characters who also have extensive back story. How do you sum up everything Geralt is in a single frame? But the Witcher books are well equipped to provide such vital character moments. 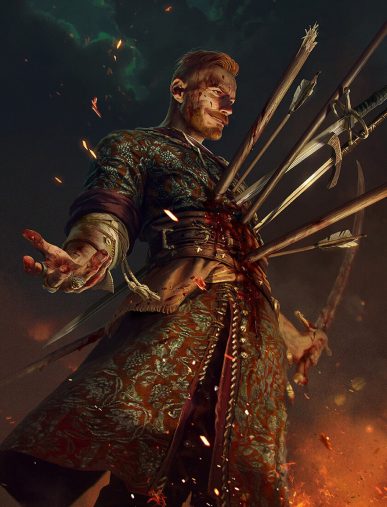 If you hadn’t read the books, and you saw Leo Bonhart’s card portrait, you’d still have a pretty good impression of his nature, and the same could be said for Olgierd if you hadn’t played the games. But what about the nameless characters? The everyday folk of the Witcher world, who don’t have such iconic moments? Nowakowski spies that as an opportunity:

“In Gwent, we have the unique possibility to expand the Witcher universe, and we’re using it to create completely new, untold stories. The way we see it is there’s a story behind every piece of the Witcher world. However challenging it might be, there’s no better way to use our creativity than to invent the visual stories behind marching armies, siege weapons firing, or rioting citizens. There’s no doubt we use our imagination a lot, but knowing the faction for which the illustration is being created, and all the art previously created for the Witcher games, we have a solid foundation of style, and the guidelines for what is credible and plausible.” 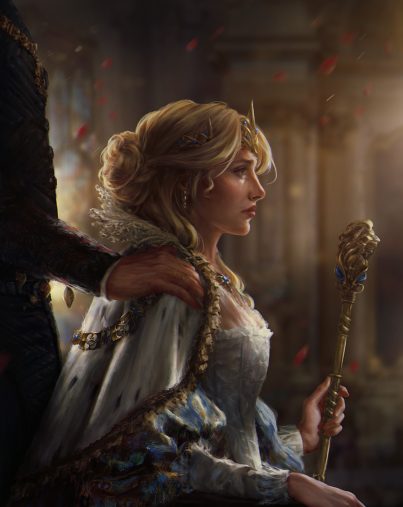 Looking at Gwent’s incredible portraits, you’re not just seeing the stories of characters, you’re seeing the story of the Witcher universe at large; the kaleidoscope of events, and people, however big or small, which has created one of our most iconic gaming franchises. But there’s also a great deal of limitation in defining characters through only those snapshot moments.

Some recent games, like Legends of Runeterra, show how you can form entire characters with just card illustrations, creating a character from scratch, by making every aspect of the portrait work to represent their individuality. 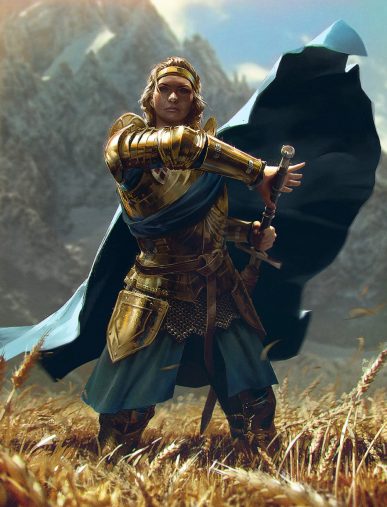 “We use every tool available to us when we create a portrait,” explains Nowakowski. “The pose of the character is one of the most important, initial choices, the content of the background is also very important from a storytelling point of view. After we’re satisfied with the composition of the shot, we start using colours and rendering the lighting. When it comes to animated versions, there are even more artists contributing to the final effect, such as 3D modellers, riggers, and animators, and of course VFX artists. All of them can, and often do, add something special to the illustration.”

Gwent’s true excellence as a deck builder lies in creating a universe that combines the lore of both its constituent worlds; the perfect stepping stone for any gamer wanting to read the books, or vice versa. And it has accomplished most of this through the visuals of its characters, telling stories in snapshots. 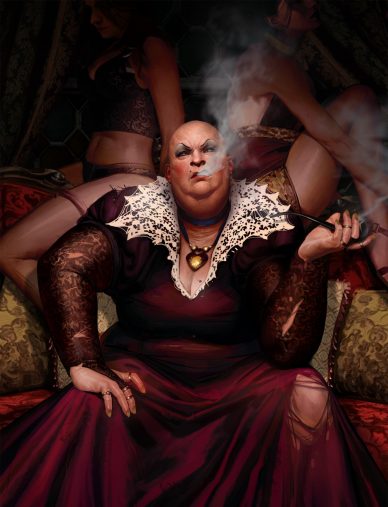 There are cards I’ve incorporated in my Gwent deck simply because I’ve liked their portraits, or because they were one of the best characters from the books, and I can’t imagine I’m alone in that. Lore-based deck builders offer players a chance to memorialise their favourite characters, which, for the Witcher, as one of the most beloved game series out there, makes perfect sense. Everyone has their favourite character, and Gwent’s portraits give us the opportunity to relive their best moments every time we play them.

“For me personally, the one portrait that I return to on many occasions would be Madame Luiza, the brothel owner that worked for King of Beggars,” reflects Nowakowski. “It’s hard to explain why, but I believe Daniel Valaisis, who painted her, captured perfectly the mood of Novigrad’s underground kingpin running her business in a neighborhood I wouldn’t personally like to visit. The colours and light rendering are near perfect in my opinion.”