Gwent is special. Despite three years of development and beta, though changes have come and gone and the meta has constantly shifted, it has remained one of the most excellent free-to-play deck builders out there. It is faster to play than Hearthstone, less pay-to-win, and encompasses the lore of one of our favourite gaming universes.

Though it’s taken some time, the game is now on both Android and iOS, meaning you can have a quick few rounds no matter where you are. But how well does it translate to mobile? Though Gwent is free-to-play, I thought that as someone who has been playing since the start, it might be fun to examine how things have changed in the Witcher card game.

Gwent occupies a unique position in The Witcher universe, able to bring in both characters from the book timeline (which occurred before that of the games) and the game timeline, which makes it perfect for a time when a lot of people, spurred on by the show, are just starting to get into both. You essentially choose one of six factions (originally five): Northern Realms, Nilfgaard, Scoia’tael, Monsters, Skellige, and Syndicate (the newest faction).

Each of these allow you to build a deck from a pool of cards, including units and spells, but you can also choose cards from the neutral pile, allowing you to add in a few of your favourites. This is where the real magic happens, because while each faction has their own synergies, the real advanced level tactics stuff is when you find neutral cards that play into those synergies in unexpected, and exciting ways.

A large number of my best Gwent tactics were stolen from people I played; who used a card in an effective and unexpected way, so I folded that tactic into my own deck. I think Gwent is actually one of the few deck builders where you’ll see this happen a lot, simply because of the neutral category, and how those cards operate outside of accepted faction synergies.

The faction tactics are also thematic, though they’ve all changed somewhat: Skellige has always been about damage and resurrection, Scoia’tael is about ambush, Northern Realms focus on strength in numbers, Syndicate on profit, and everyone hates Nilfgaard. I joke, but seriously, everyone hates Nilfgaard, because their primary tactic is using your own units against you, which has a particular sting. 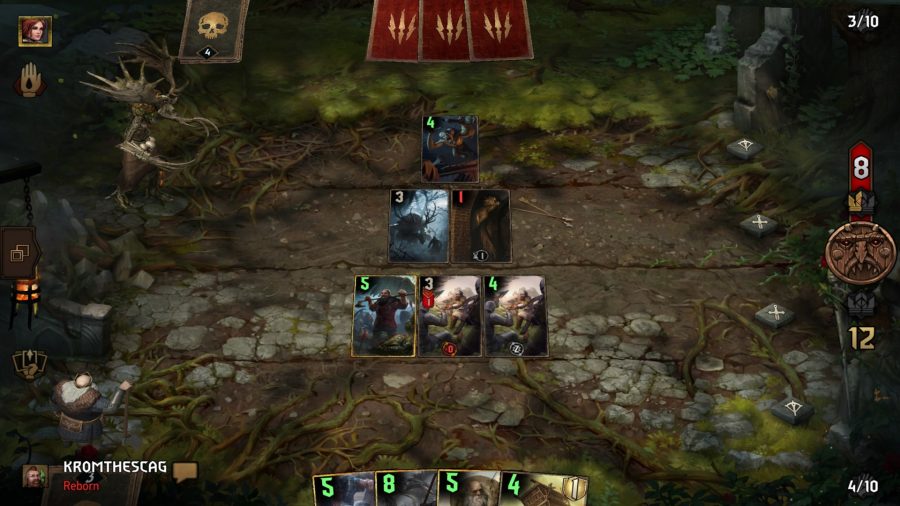 Once you have your deck, you have to win the best of three turn-based rounds, getting the highest score to earn a victory. It sounds simple, but the way you get there can be pretty varied. In classic mode, you’ll keep drawing cards every turn, but in seasonal, you only draw ten, meaning you have to make the best of what you’ve got, and optimise your deck for the little strategies.

But that doesn’t always make the biggest difference. Despite not being especially pay to-win, Gwent isn’t always the most balanced, and that can lead to things being less fun. Currently, for example, Nilfgaardian slim decks are at the top of the meta, which means every other player you face is a Nilfgaardian, and while you can bring a hard counter deck to that, it’s not fun to only be able to run one kind of deck because one faction is so ahead of the others. 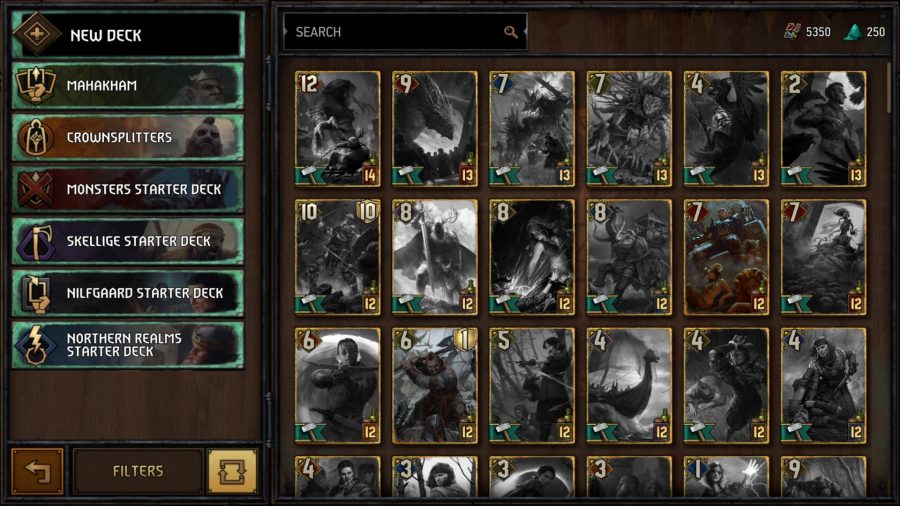 The best rounds of Gwent I’ve played have always been with people who care about both lore and tactical play, combining their favourite factions with their favourite characters in ways that are still competitive, but are less about ruling the entire game.

Gwent has also introduced a nice progression system, where if you complete objectives, you can unlock a currency which grants you rewards, and unlocks lore entries for certain faction leaders, telling you a bit more about them. I think the combination of lore and play is apparent in features like this, and it’s honestly what makes Gwent really special. 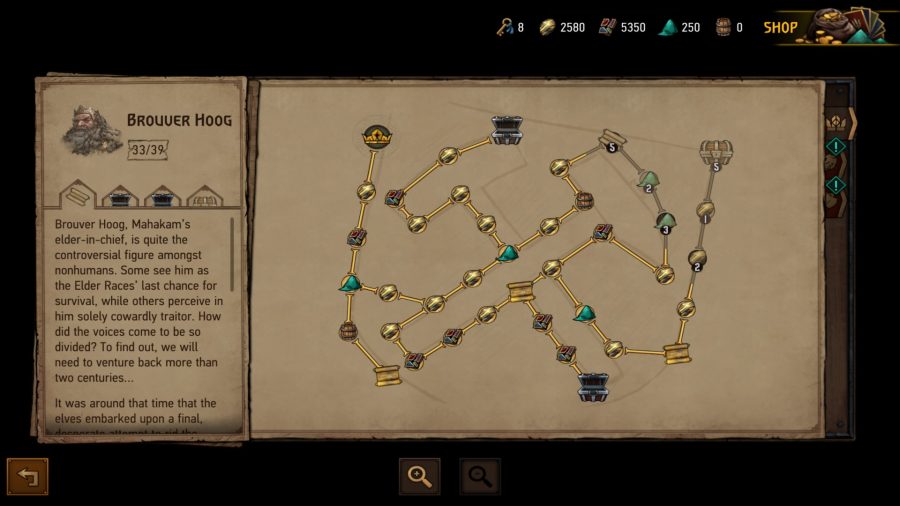 Gwent, as a free-to-play, does also have a monetisation system, where you can pay for card kegs to give you new units, but at the same time, you can earn ore in-game to buy kegs also. It’s important to note as well, that none of the cards are locked behind a paywall. Players start with a deck for every main faction. The only thing money will really buy you is meteorite, the substance that animates cards and turns them into gifs, but that grants no battle advantage.

All in all, Gwent is well worth your time. In spite of the occasional balancing issues, it’s brilliant at everything else, whether being quicker, more straightforward, or less pay-to-win than other big free-to-play mobile deck builders. So get out there, and get Gwent-ing.

Despite the occasional balancing dilemma, Gwent is one of the best deck builders on mobile; smart, fast-paced, and most of all, free.