Initially set up as Huawei’s affordable, youth-oriented line, Honor broke away from its parent in late 2020 and formed a separate company. This was done in response to Huawei’s much-publicised troubles with the US government. As a result, you can really look at the Honor Magic 3 as akin to a new premium Huawei smartphone line, but one that has the benefit of still being able to run Google Play Store apps. More relevantly to our interests, it can run the latest and greatest games.

And make no mistake: at least two of these three phones look like they’ll run games phenomenally well. If Honor’s claims are to be believed, then even Apple with its mighty iPhone 12 family should be looking over its shoulder in terms of raw gaming performance.

All will launch first in China, but are set to then make their way to the West over the coming months. 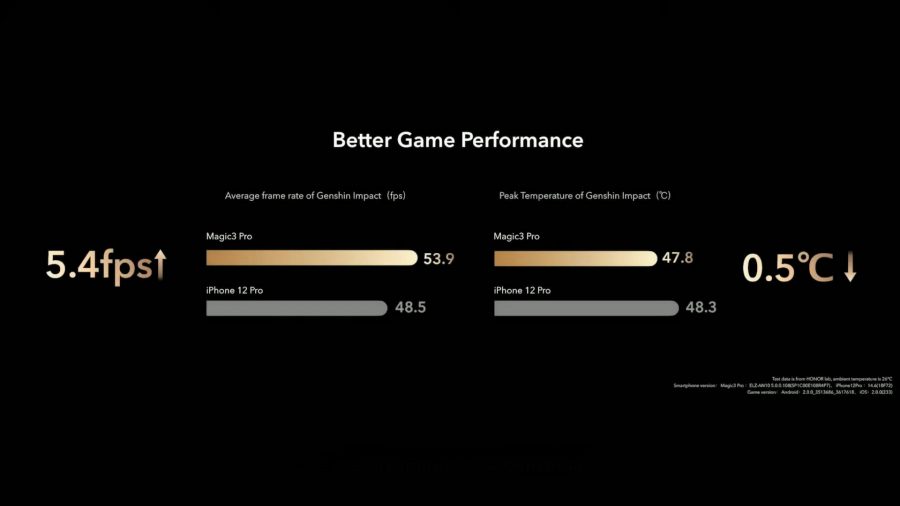 Most pertinent to Pocket Tactics readers is Honor’s claim of superior gaming performance. Courtesy of that fresh silicon and the company’s GPU Turbo X implementation, Honor claims that Genshin Impact will run 5.4fps faster on average than on the all-conquering iPhone 12 Pro, and with a 0.5-degree lower peak temperature.

All gamers know that heat is the enemy of strong gaming performance, and the Honor Magic 3 series packs Superconductive Hexagonal Graphene for better heat dissipation.

The standard Magic 3 still runs on the Snapdragon 888, so it’s hardly slow in its own right. In fact, it’ll be just as fast as any flagship Android phone currently on the market.

Interestingly, Honor claims that the Magic 3 series won’t slow down over time anywhere near as much as other Android phones. So hopefully you’ll still be gaming strong 18 months or more down the line.

The other important part of the mobile gaming equation is display quality, and the Honor Magic 3 series looks well served on that front.

All three phones pack the same 6.76-inch OLED display with a 2772 x 1344 (QHD+) resolution and a rapid 120Hz refresh rate. Honor claims HDR 10+ support and 1.07 billion colours. All of which seems to place these displays right up there with the best phones from Samsung, OnePlus, and Xiaomi.

Add in stereo speakers with DTSX support, and the fact that the Magic 3 series is the first smartphone to secure IMAX Enhanced certification, and you should be looking at a real audiovisual experience. In short, games are going to look and sound great on these phones.

All three Honor Series 3 phones look quite striking. The Honor Magic 3 and Magic 3 Pro come in Blue Hour and Golden Hour shades, which are reportedly inspired by the golden hour just after sunrise and before sunset.

The Magic 3 Pro+ features an etched ceramic finish to the rear, not to mention toughened nanocrystal glass to the front.

We’re not so sure about some of the flowery language used – ‘The Eye of Muse’ is the name Honor gave to the Magic 3’s big circular camera module – but there’s no denying it looks handsome.

Honor is sticking firmly with the curved-screen approach, with a particularly pronounced 89-degree bend on either edge. This isn’t always a great thing to have when playing games, due to false palm presses and visual distortions, but it sure looks pretty.

The two Pro models get an IP68 rating, but the Magic 3 is slightly less dust and water-resistant at IP54. 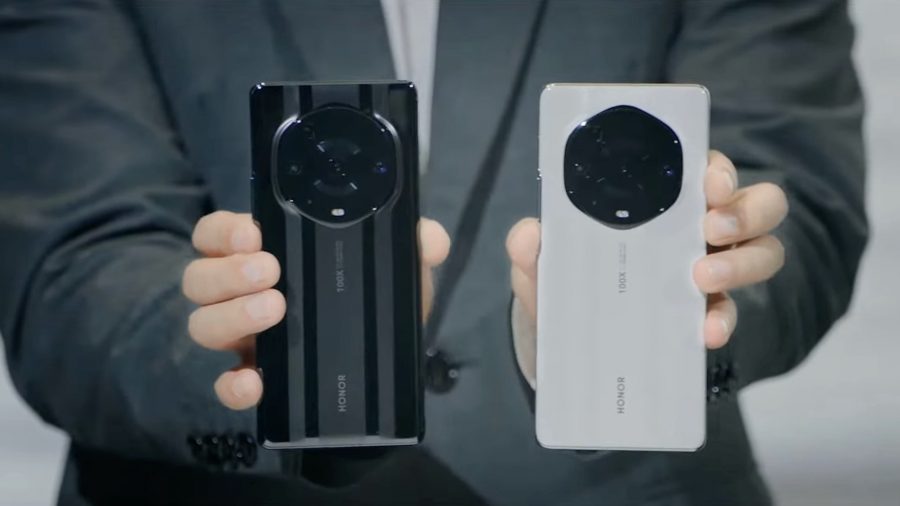 All three phones will run off a 4600 mAh battery, which isn’t the largest battery on the flagship scene. The Samsung Galaxy S21 Ultra and the Xiaomi Mi 11 Ultra both have 5000 mAh batteries, for example.

Still, it’s not small, and with a more efficient processor and that advanced cooling system, we should be able to enjoy reasonable stamina from the Honor Magic 3 series. Fingers crossed.

They’ll be able to recharge rapidly, at least, with support for 66W wired charging and 50W wireless.

All the camera tricks

Huawei was always known for its excellent cameras, and Honor appears to be continuing the good work. The Magic 3 Pro and the Magic 3 have the same main 50MP image sensor that impressed in the Oppo Find X3 Pro, while the Magic 3 Pro+’s sensor is even larger.

The Magic 3 Pro+ also packs in a trio of 64MP sensors for ultra-wide, telephoto, and monochrome shots.

We won’t dive into the finer points too much, as we’re not a tech site. Suffice to say, Honor is directly targeting Apple’s photographic mastery with the Series 3.