The Huawei Developer Conference is currently running from September 10-12, and we were lucky enough to catch the gaming tech session in which the mobile giant laid out its plans to turn AppGallery into a prominent mobile games distribution platform. The future of mobile gaming, as Huawei sees it, focuses around diversity and localisation.

What they referred to as ”glocalisation’ involves supporting developers locally, as opposed to what it claimed were the ‘one size fits all’ solutions that many other companies offer to developers. The focus on diversity comes into play with Cocos Creator 3.0, a follow up to the famous mobile games development engine, Cocos 2dx. This new open-source engine boasts localisation features that will help developers bring games to 17 different platforms, expanding the reach of mobile gaming.

Huawei also discussed casting, and mobile’s primary disadvantage of being harder to play on TVs, as opposed to consoles. Huawei Cast and Kit boasts 70% better streaming latency than any other provider, allowing you to play mobile games on your TV, and is part of the company’s focus on creating an inter-connected home environment that centres around your smartphone.

The developmental possibilities of casting were also discussed, and one of Huawei’s gaming partners, Gameloft, illustrated how casting gameplay in racing game, Asphalt 9, allowed the phone to become a mini-map and a more dedicated controller. The idea of phones becoming game-pads when casting is definitely an exciting prospect. 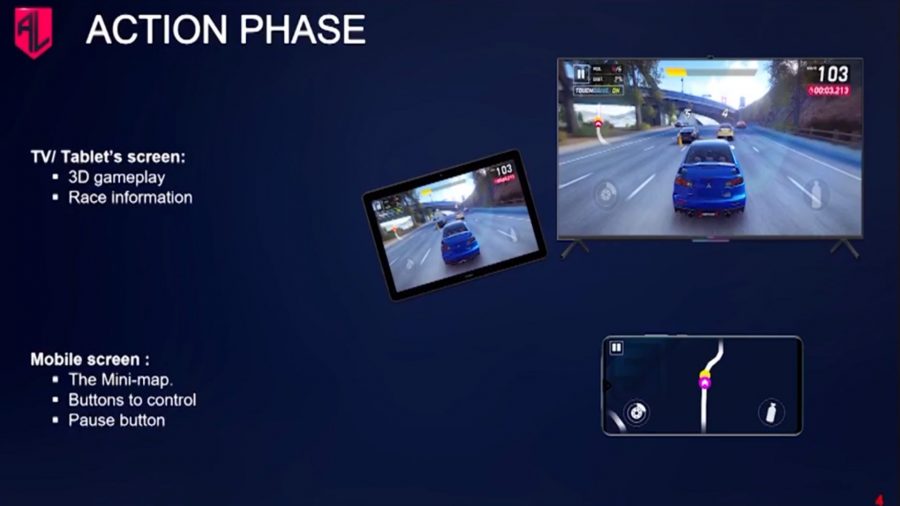 Following on from the recent Epic v Apple lawsuit, Huawei also echoed the idea that stagnation is prevalent on mobile gaming platforms such as Google Play and the App Store, with a high market share, and lack of competition leading to decreased diversity.

This is why Huawei wants AppGallery to support developers more, with previously mentioned ‘glocalisation’, a smaller market share, while also helping them with tools like Cocos Creator 3.0, to bring their games to a global and multi-platform audience.

One developer in particular who has found an international audience is TipsWorks, and part of the presentation was an interview with its founder, Yang Yang. He discussed how Pascal’s Wager broke pre-conceptions about what mobile games were supposed to be, with harder control requirements, an orchestral soundtrack, and an intense development period closer to that of a PC game. 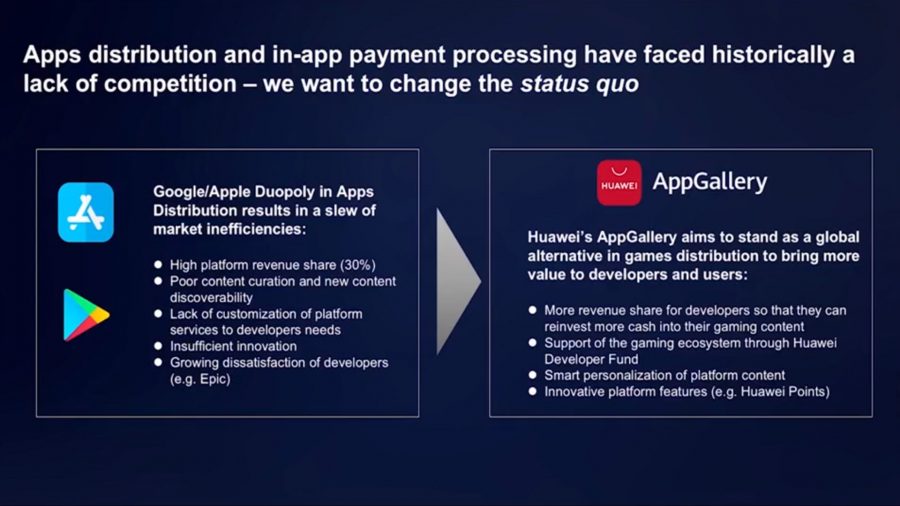 Yang expressed that mobile gaming in China is becoming more diverse, and that from what he’d learned, the key to international success is a focus on developing a game that stands out in the increasingly competitive market.

The final part of the presentation was Cocos discussing its new open source engine. The original Cocos 2dx is one of the most popular mobile game development tools ever, and has been used by 1.4 million developers, with a split of 60% for China, and 40% for the rest of the world. Cocos has partnered with Huawei, using its new Cocos Creator 3.0 to help support developers bringing games to AppGallery. 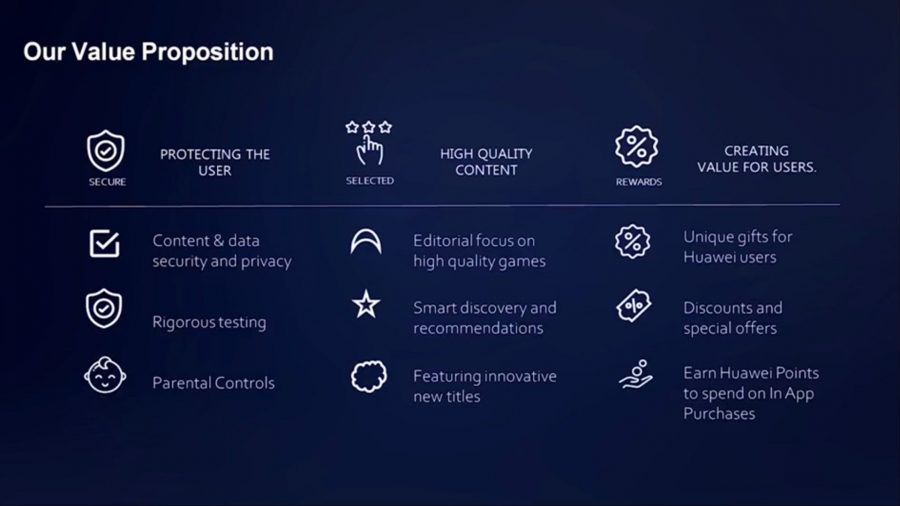 Huawei’s approach to AppGallery looks incredibly positive, offering developers a better market share, local developmental support, and the means to bring their games to an increasingly global and multi-platform audience.

As a leading global developer of smartphones, Huawei also has the technology to back it up, and one particular favourite moment for me was seeing the Mate X foldable phone being unfolded to play Pascal’s Wager on a tablet-sized mobile screen.

All in all it’s a strong pitch from Huawei, and we’re excited to see how this approach of increased developer support might diversify the market.