The story of Inked revolves around a hand-drawn samurai called ‘The Nameless Hero’ and the love of his life, Aiko, as they try to work out why the local birds are falling ill. As a mysterious narrator leads you around a paper world, you soon realise, everything is not as it seems.

There are nine chapters to complete in total, each packed with puzzles that see you move around bridges and ramps, drop spheres into holes, climb atop rising pillars, and much more. The puzzles get progressively more challenging, and the paper world around them changes to reflect the story.

I was unsure what to expect heading into Inked, but the first thing I noticed when I began was how incredibly relaxing the soundtrack is. As you progress through the story and have increasingly difficult puzzles to complete, the orchestral score helps keep you grounded and makes it harder to feel frustrated when you can’t work out how to proceed.

To accompany the relaxing soundtrack, Inked’s hand-drawn art style, which is inspired by ballpoint pen drawings, is absolutely gorgeous. Each chapter has a slightly different theme and colour scheme, which helps keep things fresh, and reflects the musical accompaniment perfectly. 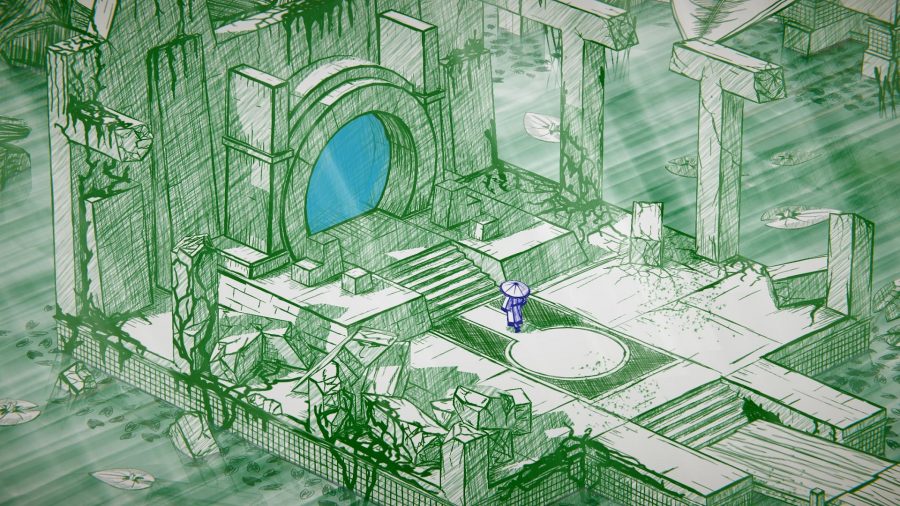 The puzzling aspects of Inked are very entertaining, but won’t challenge any experts out there. As a puzzle novice, I got stuck for around five or so minutes per task towards the end of the game, but mostly solved them easily. However, Inked’s light-hearted, engaging puzzles help it maintain a relaxing aura that allows you to concentrate on the deep story.

Unbeknownst to me when I began, as you traverse through each chapter there are numerous canvases to collect. Some are hidden in plain sight, others require a short search. Unfortunately, I didn’t find my first canvas until I was three chapters in. A quick heads up on the collectable aspect from the start of the game would help, as some players may miss out on them entirely.

Despite this, the game is a joy to play. I completed the story in a single afternoon, then started the game from scratch a second time in order to collect the canvases I initially missed out on, and repeat the game with the knowledge I acquired on my first playthrough. 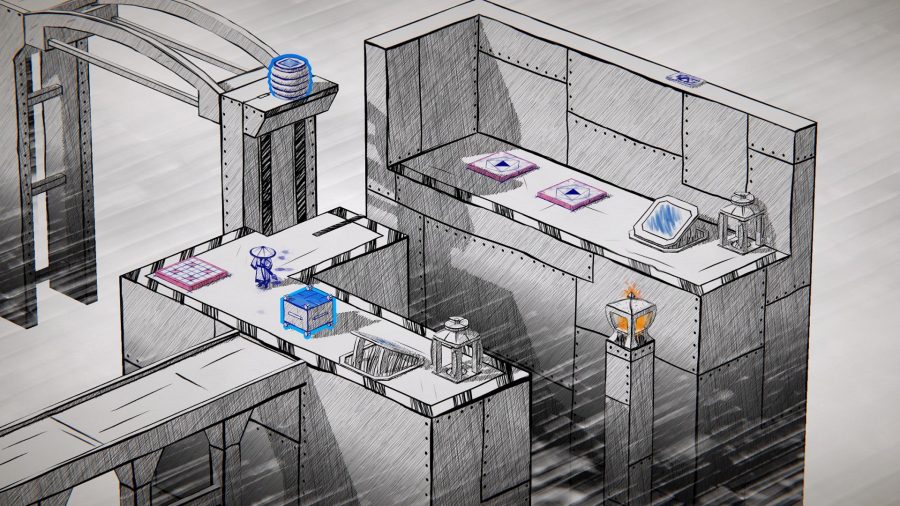 The ability to play through Inked in just one afternoon is both a blessing and a curse. The story and puzzles are well-developed, but if both aspects of the game were expanded upon to provide an hour or two extra gameplay, I would be happy to go back again for a third playthrough.

Unfortunately, as it stands, I don’t believe I will go back to Inked now that I have achieved everything that needs to be done. I’ve been left wishing for some extra puzzles to dive into just so I can take in the ambience of the game once again.

Inked is a gorgeous puzzler with a surprisingly deep story. If there was a little bit of post-game content or different difficulty levels the game would have immense replayability. But, as it stands, Inked will give you a few hours of fun before taking its place on the shelf, leaving you with some fond memories.

Though its puzzles can be quick to complete, Inked is an amazing story of love and loss that questions what people are willing to do for the ones they care about.