John Wick: Chapter 4 may have been delayed until 2022, but if you’re still searching for something to fill the Keanu Reeves-shaped void in your life, John Wick Hex is now available on the Nintendo Switch. How does the non-stop action from the movies translate to the strategy genre? Surprisingly well, although Bithell Games has focused on John Wick’s tactical prowess over his gunslinging abilities.

While there’s still an awful lot of killing going on, you’ll need to be two steps ahead of your opponents as you navigate backstreets and manage your arsenal of weapons. One of the most interesting things about John Wick Hex is that the story is canon, set before the events of the first movie. The developer has even gone to the extent of having Ian McShane and Lance Reddick voice the Continental Hotel’s owner and concierge, respectively.

Just like the character we know from the movies, John Wick keeps to a tight schedule at all times and that’s just as true in Hex. The timeline system splits every action into milliseconds, forcing you to make tough decisions when your opponents catch you off guard. Every tactical action you perform has a probability rate, allowing you to weigh up what the best course of action is for every scenario.

Do you spend the extra time to takedown a nearby enemy? Or is shooting them more efficient? All your decisions deplete your resources, whether it’s time, ammo, or even health. There’s also the focus meter to take into consideration. When this bar is full, John Wick is able to avoid incoming bullets by rolling or disengaging from enemies with melee attacks. Draining focus can leave you in a vulnerable state, forcing you to take a quick breather. Mismanaging your focus can end your run quickly, so it’s important to keep that in mind. 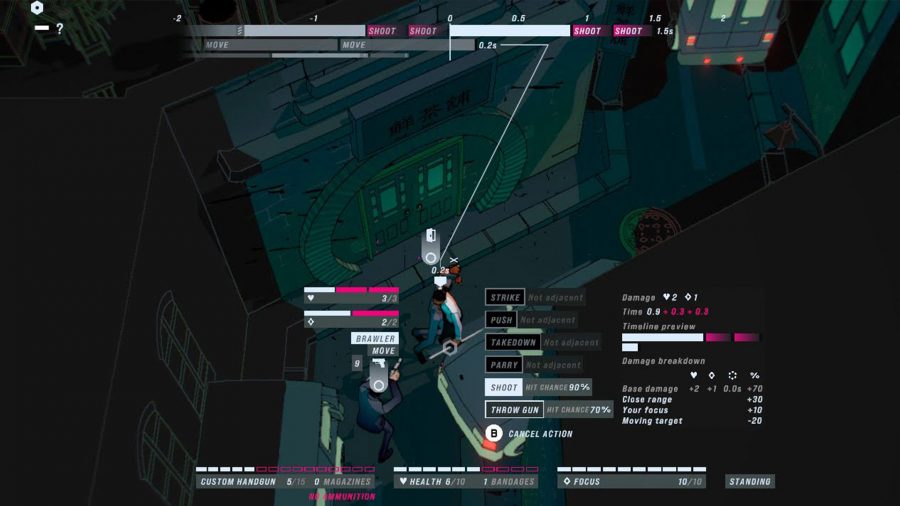 All your decisions deplete your resources, whether it's time, ammo, or even health

Each level in John Wick Hex only takes a few minutes to complete, but the game has been designed to be replayed numerous times to create the perfect run. This is highlighted at the end of each level when you’re given the opportunity to watch the run play out in real time. Poor decision making can result in funny, yet awkward animations that look incredibly unnatural. Each replay should pan out like a scene from the movies, and if it doesn’t, you may want to take another crack at it.

Not only does earning a high score grant you a stylish replay perfect for social media, you’re also rewarded with Continental coins. These coins can be spent before starting missions, allowing you to upgrade your abilities and acquire new weapons in preparation for more challenging levels. Faithful fans will remember these coins from the films, and it’s great to see tiny details like this find their way into the game. 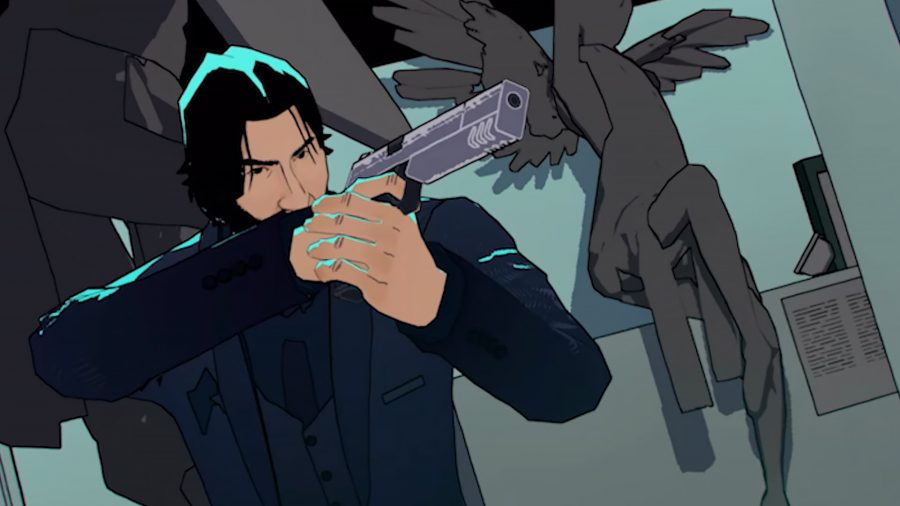 It’s a shame the Nintendo Switch port couldn’t have utilised some of the unique handheld features like the touch screen. This type of support would’ve worked extremely well in a game like John Wick Hex, so it’s disappointing not to see the developers go the extra mile.

Rather than capitalise on the John Wick IP with a generic shooter, Bithell Games has carefully captured the spirit of the franchise