We at Pocket Tactics have been lucky enough to get our hands on naval RPG, King of Seas, ahead of its release next year. We found our sea legs, befriended pirates, and engaged in epic cannon-based warfare to tell you everything you need to know about the game before it joins the Nintendo Switch’s impressive roster. And don’t worry if you – like many others – think it could just be another Sea of Thieves clone, because that couldn’t be further from the truth.

Currently pencilled for a non-specific “early 2021” release date, King of Seas starts climatically and doesn’t let up. You take on the role of the child of the King of the Seas – a man who has brought peace to the Caribbean and destroyed any remnants of piracy or mysterious voodoo magic in order to unite the region under his control.

However, while you’re out running an errand – and learning the ropes of captaining a small ship – he is brutally murdered by an evil spell. It seems he didn’t eliminate voodoo magic as well as he thought. However, while still dealing with the grief of your father’s passing, you are then accused of his murder. Your small Sloop is broadsided by multiple Galleons, as your late father’s navy leaves nothing to chance.

Washed up on a desert island, you befriend some pirates and thus begin your life of crime – and your quest for justice and revenge. But all pirates must start slow.

Your early quests revolve around delivering someone’s glass eye in exchange for a handful of gold, but it’s a tantalising taste of the kind of quests you’ll enjoy in the full game. Because, at the end of the day, it’s not the quests that make this game fun – it’s the exploration, and the capers that ensue along the way. 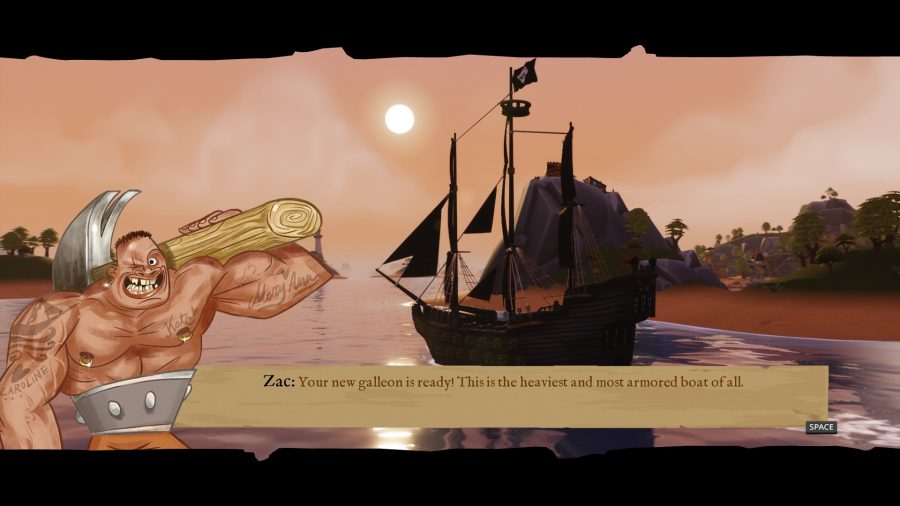 In my brief time with the game, I’ve been ambushed by mythical sea beasts, chased for nautical mile upon nautical mile by indefatigable Pirate Hunters, and shot more accidental panic-cannons at islands that appear in front of me than I’d care to admit.

When an inevitable fight breaks out, you you can really showcase your seafaring skills

When you’re given a quest it is marked with a big X on your map – the twist being that your map is almost entirely blank, and can only be carefully pencilled in by expensive cartographers you happen across on your travels. You see, the whole world is procedurally-generated, meaning no player sees the same islands or archipelagos and no two playthroughs are quite the same.

The controls are all pretty simple, too: a push of a button raises and lowers sails, and you use your joystick to turn. But when an inevitable fight breaks out – intentionally or not – you can really showcase your seafaring skills. Unfurling and stowing your sails to make tighter turns will become second nature, and timing your strafing attacks just as the enemy is reloading their cannons is crucial. Even on a regular difficulty setting, sea battles can be difficult to nail down – especially if you’re at a numerical disadvantage, which is often the case. 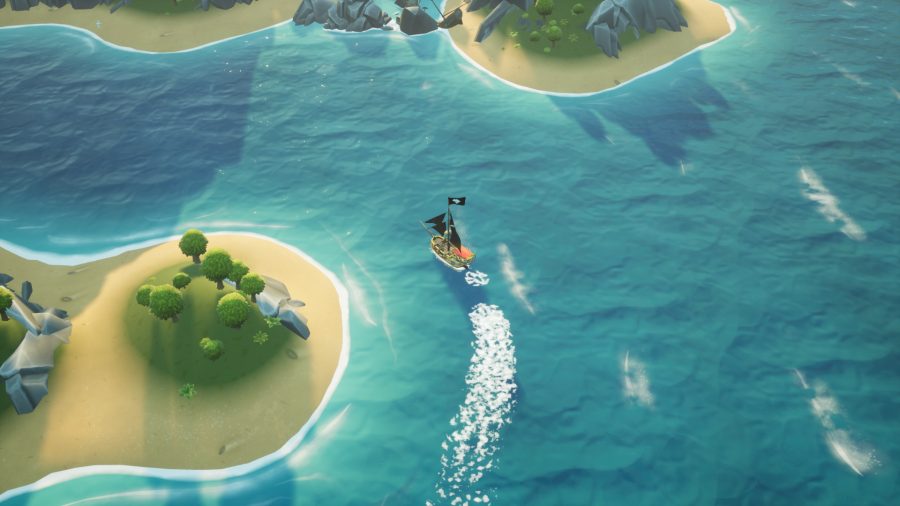 From our glimpse of the game, King of Seas is about mercantile trade and completing missions that take you across the seven seas, engaging in the occasional scuffle where unavoidable. But we quickly found that King of Seas isn’t about that at all. It’s about the smell of gunpowder, the roar of cannons, and the squidgy wet slap of the Kraken’s oversized tentacle slamming down onto your deck. It’s about feeling the salty wind bite your face and following it to the horizon. Maybe, just maybe, along the way you’ll upgrade your ship, utilise the array of special weapons, and finally find justice. But that’s all a byproduct of a life on the seas. 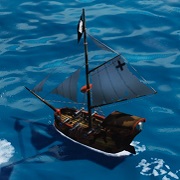