The first Kingdom Hearts came out a few weeks after I turned six, and I distinctly remember using my birthday money to purchase it near release – so it’s safe to say I’ve been playing this series since my hands were big enough to hold a controller. While I like to think both my gaming skills and ability to reach all the buttons have since improved, my tastes certainly haven’t changed.

These games have had a massive impact on me over the years – they’ve been there when I was a happy whippersnapper enjoying the simplicity of youth, right through the tough times when it felt as though my world really was being torn apart by the heartless. Even today, regardless of all the amazing titles I’ve played over the years, when I’m asked what my favourite game is, I always respond ‘Kingdom Hearts’ without hesitation – in fact, I genuinely don’t believe I would be in this industry if I hadn’t played it.

As such, I’ll always jump at the opportunity to dive into another adventure with my favourite half-pint heroes, and have played pretty much every game, in every form, on every platform. So I was super excited to get my paws on the Kingdom Hearts Integrum Masterpiece on Switch, despite my reservations about it being a Cloud version. But oh gawrsh, Sora, I need a couple of high-potions after this escapade.

For the purposes of this review, I’ll avoid spoilers and only share screenshots taken from the first few levels of the games, as I truly recommend you experience these brilliant titles yourself (if you haven’t already, and somehow managed to avoid spoilers for two decades). I’ll instead focus on the performance of the Cloud versions on Switch, and how they size up to both the originals and the remixes. 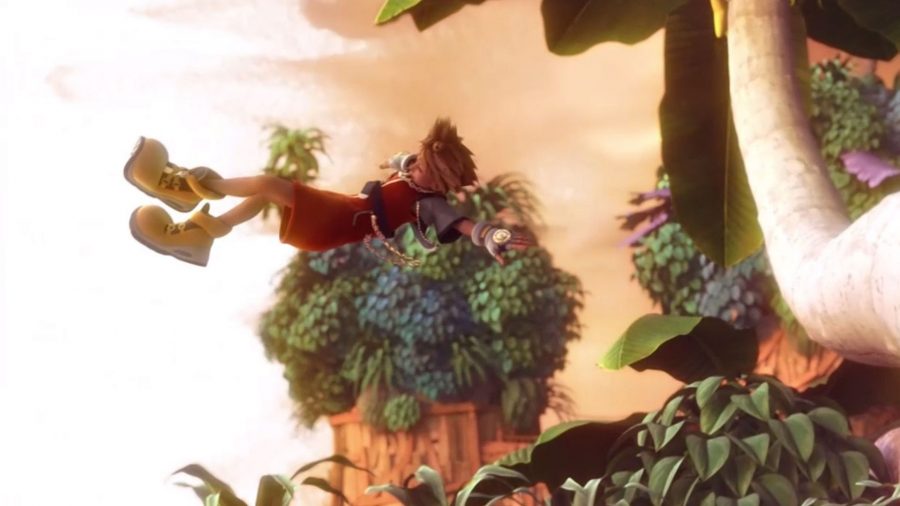 You’ve likely heard some of the backlash already, as a lot of people got pretty mad when they heard this announcement. Of course, no one’s angry about Kingdom Hearts coming to Switch – in fact, many of us have been crying out for that for a long time – a rhythm game and Sora joining the Smash Bros roster isn’t enough to satisfy us, sorry Square. The problem is that the Cloud doesn’t offer the best gaming experience, even under extremely idealistic circumstances (and I’m not referring to the handsome chap with a head of blonde spikes and a buster sword over his shoulder). As you can probably guess at this point, I know these games inside out, and I’ve never had this many performance issues in any of them – even when my PS2 got to a ripe old age and struggled to play discs without sounding like a plane about to take off.

Call me pessimistic, but as soon as I heard the whole series was coming to Switch, I naturally expected performance issues with Kingdom Hearts III. Whether it was a direct port or Cloud-based, it’s clearly a pretty taxing game with plenty of flashy lights and animations, and it’s pretty easy to imagine the Switch struggling to run it. However, I wasn’t expecting this many issues with the older titles, such as Chain of Memories (a literal GBA port). I’ve always felt the first Kingdom Hearts was an impressive game at the time, leaps and bounds ahead of many competitors, both graphically and mechanically. But here, it feels like it’s showing its age, which is truly disheartening. 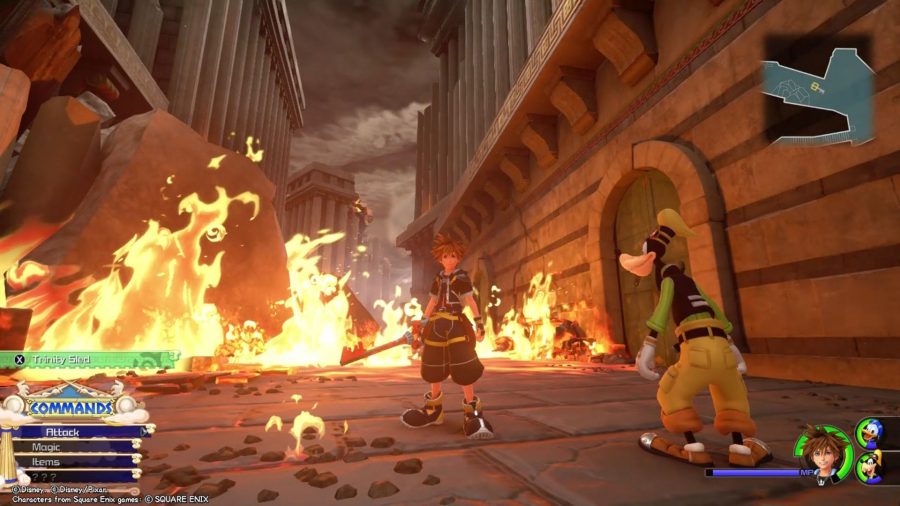 The signature stunning, vivid graphics iconic to the previous versions of the KH games, often manage to appear mucky and fuzzy in the Cloud version, with blurred edges and odd artifacting making everything look like a YouTube video that’s struggling to buffer. This is most noticeable in KHIII, which is heralded for its gorgeous, crisp graphics. For example, approaching a field of flowers, or a fiery path in Olympus, left the game feeling as though it were in 480p at best when displayed on a monitor.

But you know, I could even overlook that, if it weren’t for the frustrating performance issues. Stuttering is a common occurrence across every game in the collection, and often leads to de-synced dialogue and sound effects, jittering, and other nasty things. Strangely enough, these stutters are most rife in the KHI and Chain of Memories cutscenes – two of the oldest and least taxing games in the series. However, it happened across every game over time, both in cutscenes and during gameplay. Regardless of whether I was playing over Wi-Fi while sitting right next to my router, or using an ethernet cable plugged directly into my OLED Switch, the problems persisted. 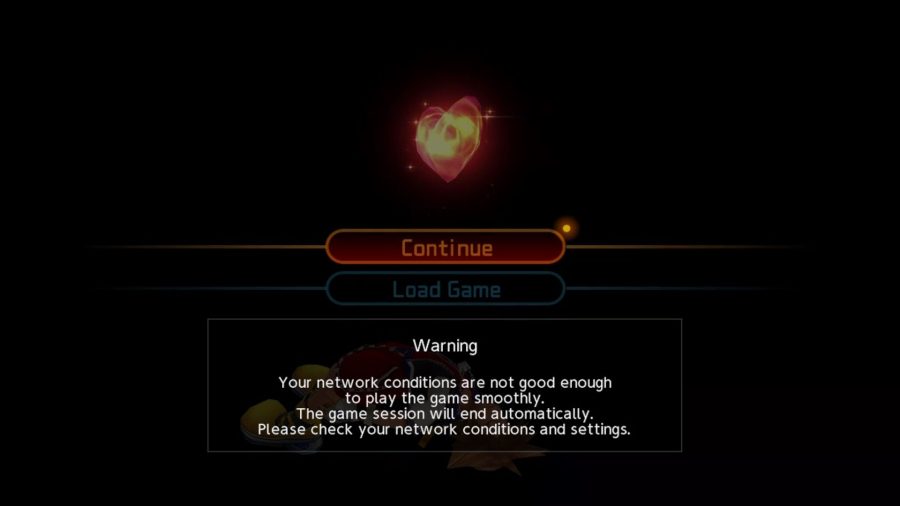 And then there’s the frame rates – ugh. I’m not an FPS snob by any means, and I can quite contentedly play a game that’s capped to 30-60FPS. Of course, I don’t have an FPS metre when playing my Switch (though that’d be pretty fun to see), but I can tell you guys, wow – it’s noticeable when those framerates dip. We’re not talking slideshow levels, but it certainly makes the overall performance feel choppy, and takes all smoothness out of animations and combat – especially in tight passageways or when swinging your camera around in battle, which is something you’re likely to be doing a lot when against multiple enemies or speedy bosses.

While Cloud gaming is a nice idea, it’s just not realistic for the vast majority of players

But the issues with a game series like Kingdom Hearts being Cloud-based go beyond your standard stuttering and framerate drops. A drop in connection, sitting on the home screen, or being away from your controller for any tangible amount of time disconnects you from the server. This impacts gameplay in a series like this more than you’d possibly think at first – it’s not an online game, so it shouldn’t hurt that bad, right? Well, imagine you’re playing an MMO with a choppy connection, which times you out for inactivity, or disconnects you from the server whenever someone in your household decides to play a YouTube video. Now, imagine that same MMO has no autosave, meaning you rely solely on manual saves tied to save points. And those manual save points are spaced pretty far apart. 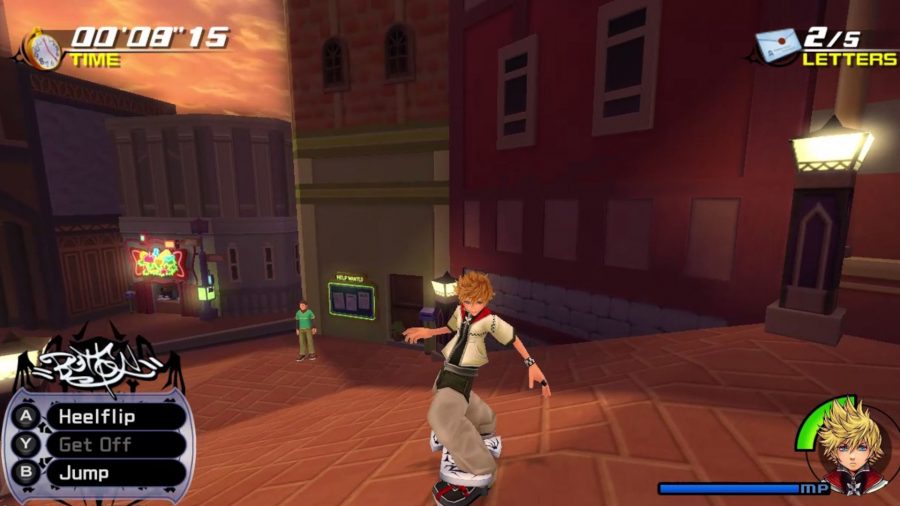 Essentially, if you don’t develop an obsessive saving habit and run back to one of those heavenly glowing, green rings every time you do anything of importance, you could lose heaps of progress for the stupidest thing – be it taking a quick bathroom break, or your mum deciding to watch the latest Ed Sheeran music video in the next room, or even the server spontaneously suffering ‘congestion’ due to too many people playing the game.

Now, think of those multi-stage boss battles that are already trying your patience, or that section of platforming that took you an age to get past. But – oh no! You’re nowhere near a save point. Double oh no, your connection has cut out. Boom. Hasta la vista progress (and sanity). It just doesn’t work. To make things worse, not everyone has the overpriced premium package with their internet, or an entire router and house to themselves most of the day like I do, and even I had issues. And yes, those issues still happened when I was the only one using the internet, and had my OLED Switch hooked up via ethernet. 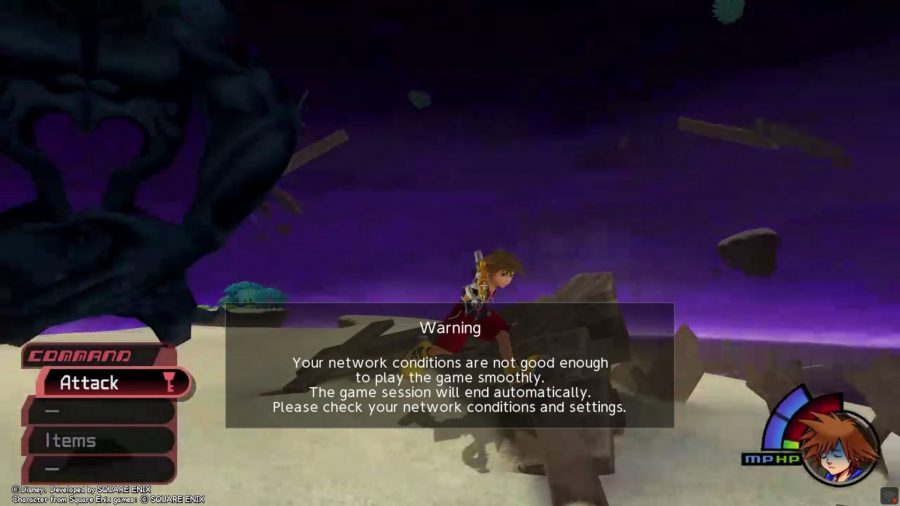 As you’ve likely guessed by now, playing in handheld mode is pretty much a no-go, even around the house, which is a true disappointment. One of the main reasons we all wanted Kingdom Hearts on Switch was for the flexibility – at least, this is certainly the case for me. I have extremely fond memories of playing 358/2 Days on the go, taking my DS on long train rides or curling up with it in bed, and the thought of being able to play the entire, gorgeous series anytime, anywhere is mighty appealing.

Of course, this is not to be. In fact, I struggle to even play it in docked mode anywhere but in my office, due to the aforementioned reliance on the ethernet. I’m essentially tethered to my router whenever I’m playing, and can’t even migrate to the living room – which begs the question of why I would ever choose this version over my physical PS4 copies, which can, of course, be played offline from any room in the house. And, naturally, you can’t play the Cloud versions out and about to make the most of handheld mode, as there’s no hope you’ll get a strong enough connection from free coffee shop or train Wi-Fi to even open the load screen. 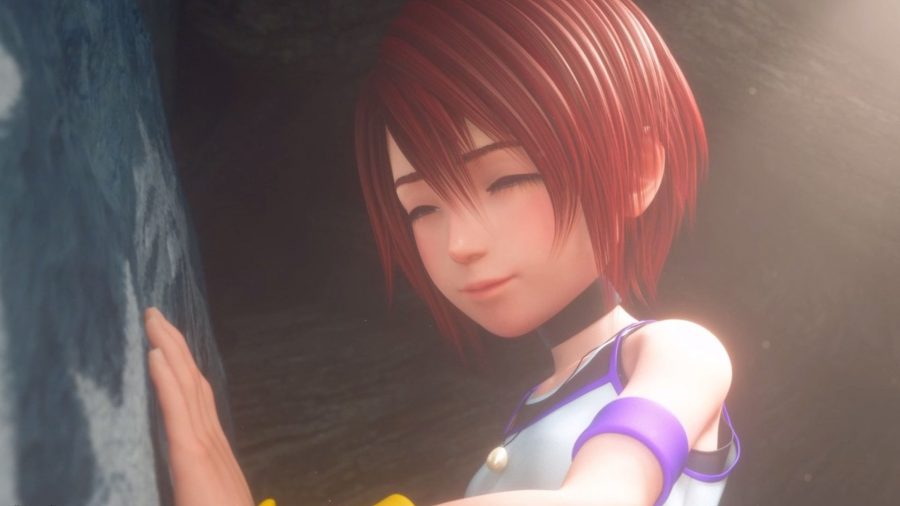 Boy, I really, truly love Kingdom Hearts. But, while Cloud gaming is a nice idea, it’s just not realistic for the vast majority of players right now, and presents way too many restrictions that suck the fun out of what makes the Switch a special console. I truly believe that 1.5 + 2.5 Remix and 2.8 Final Chapter would’ve run comfortably on the Switch’s internal hardware, and while KH3 may have been a different story, I’m entirely sure plenty of people would’ve been content with just the first few games for now. It’s really sad it had to be this way, to be honest.

If you’ve not had the chance to play the Kingdom Hearts games before, have an OLED Switch, an ethernet hooked up to it, a super sturdy internet connection (one where you’re the only person using it), and have no other means of playing it, sure, go for the Cloud version on Switch. It’s not entirely broken (we’re not talking GTA: The Definitive Edition here or anything), and you’ll still get the experience – though, I implore you, don’t judge the performance and graphics of the series based on this version alone. But there are better (and cheaper) ways to see these games in their full glory – even the PS3 versions are preferable. 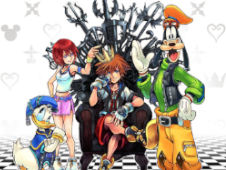 Kingdom Hearts is a beautiful, classic series that I would recommend to anyone. However, the Cloud version suffers severe performance issues, server congestion, and a level of restriction that sucks the appeal out of playing it on Switch. If you can, pick it up elsewhere - you’ll be grateful you did.