Simple strategy games seem to be experiencing a resurgence in recent years. Bad North shows us how expansive even a simple genre like tower defence can be, with a beautifully minimal design, and an incredibly strong concept. Other games like Reigns: Game of Thrones go even further, effectively reducing strategy to the equivalent of Tinder – a selection of binary choices to make – which somehow still works incredibly well. But when someone explained the concept of Kingdom: Two Crowns to me, I was sceptical to say the least.

A side-scrolling kingdom management game? I couldn’t even picture what that would look like. But as soon as I picked it up and started playing, everything fell into place. You are a monarch, a king or queen destined to revive a cursed, ailing kingdom, overgrown, and beset by shadowy monsters.

You traverse this side-scrolling realm on your noble steed, granting gold from your coin pouch to recruit citizens, build structures, train soldiers and builders, and just about anything you can imagine. Ruling is an expensive business after all.

It’s a simple formula, but one which the game escalates excellently. Every night monsters come to attack your town, and here aspects of tower defence appear as you build walls and watchtowers, and ensure your citizens get behind them safely. Also your horse’s stamina mechanics – where it will get out of puff if you run too long – mean you’ve got to be careful not to get caught out by monsters either.

And this is where Kingdom: Two Crowns is at its smartest – your gold is also your health. Every time an enemy hits you, a coin will drop, but if you have no coins left, you will drop your crown. If the enemy gets their greasy mitts on it, that’s game over for this monarch. You will, however, then revert to a ruler succeeding you on a previous island. Pretty smart, huh?

In this way I love Kingdom: Two Crowns. Like Don’t Starve or Rainworld, it doesn’t tell you how to play. Just like actually ruling a kingdom, there is no guide, only the mistakes of your lineage, and what you’re able to learn from them. The key to simple strategy games – or micro strategy, if you will – lies in how they escalate, using a simple formula, and factoring up in scale.

By introducing a new currency, random encounters throughout the kingdom, the number of monsters that attack each night, and the buildings and fortifications you can make, Kingdom: Two Crowns increases the challenge with each new island you travel to. But saying this, I’m aware not everyone enjoys micro strategy, mainly for one reason – control. Strategy is all about control, and it can be frustrating when things become unavoidable because you weren’t given it. 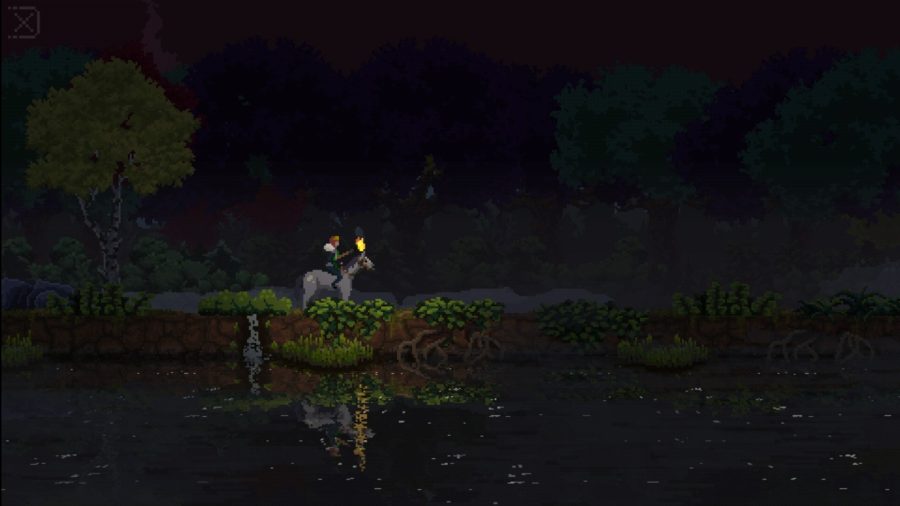 A pup, a pup, my kingdom for a pup

One of my favourite features of Kingdom: Two Crowns is that you can save a dog trapped under a tree. It'll run alongside you, bark when the baddies are coming, and just generally be a faithful companion

Simplistic design in strategy games, while elegant, can have that effect, and I did come across a few cases of that in Two Crowns. It can be frustrating when a citizen ignores a build instruction, or archers don’t gather at the wall you just built. But these are the exceptions to the rule, and the game is honestly too good for them to spoil it.

One of the best things about Two Crowns is how the game punishes you for having too good an economy. Your coin purse can only hold so much, which makes sense when you consider it is also your health, but if you collect too many, gold will begin to spill from your purse, dropping around you and into the water below. This isn’t helped by the fact that your well-meaning citizens drop the money they are carrying at your feet when you stop by them. It’s an incredibly fun and chaotic mechanic. 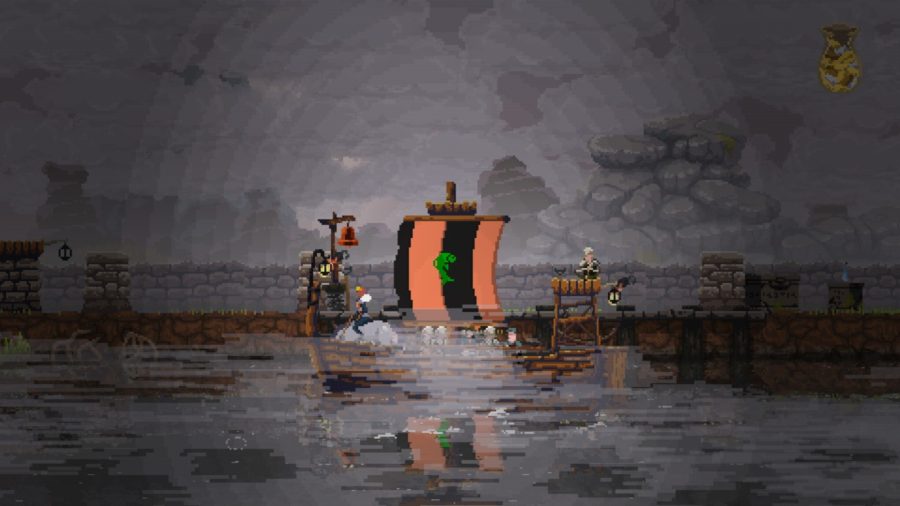 The game’s focus on parallel expansion is also great. As you set your workers to chopping down trees and building ramparts, it makes you feel like an ancient ruler clearing the countryside and establishing homesteads. It’s also a clever tactical consideration, as you need to balance expansion on both sides while using your gold appropriately – a big part of Two Crown’s play is resource management.

There are also two extra themed modes to play, altering the game world: Shogun and Dead Lands. In Shogun, everything takes on the trappings of Japanese feudalism, with bamboo trees and a Samurai avatar available to choose, whereas Dead Lands is necromancer themed, with all your citizens becoming mindless zombies – fun for all the family! 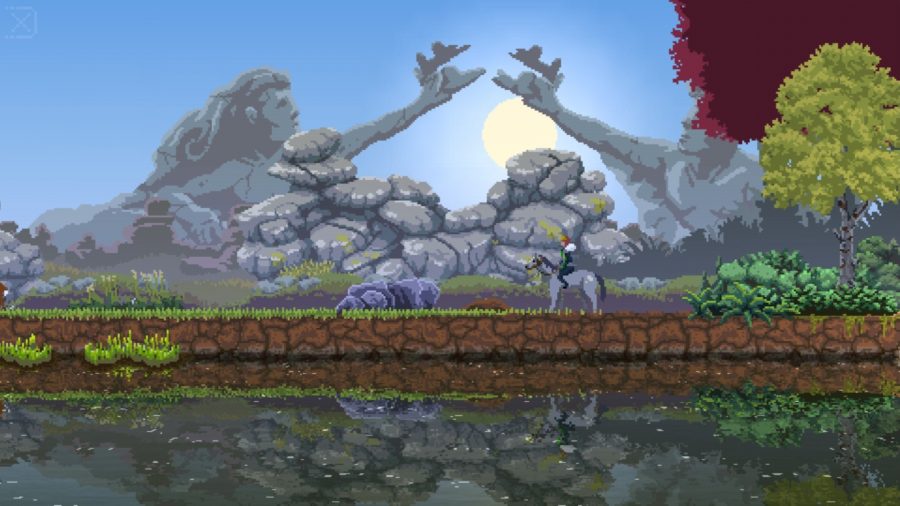 All-in-all Kingdom: Two Crowns is a really smart kingdom management game, only further proving that a simple strategy formula with a gorgeous aesthetic can go a long way. It might be occasionally frustrating if you enjoy being in control all the while, but it’s amazing how inventive this game’s formula is, and how addictive it can get.

You can find Kingdom: Two Crowns on Google Play and the App Store.

Kingdom: Two Crowns can occasionally be a little frustrating, but on the whole it is impressive how much it gets done with so little