Following on from the underwhelming Star Allies that played it too safe, Kirby and the Forgotten Land is finally bringing Kirby fully into the world of the third dimension. For the first time in a mainline, traditional entry, everyone’s favourite pink blob will have full 3D movement.

HAL Laboratory has dabbled with 3D before, but not to this scale. Not in a traditional Kirby game featuring classic gameplay, such as Copy Abilities, played over 3D environments. It’s a big step in a series that tends to play it safe when it comes to its more traditional entries. The shift to fully 3D environments isn’t without its risks, and the move could put some traditionalists off. To help allay some of the fears surrounding such a big jump this late on into Kirby’s history, HAL looks to be playing it safe.

It’s clear that cues have been taken from Super Mario 3D World and Land with traditional side-scrolling Kirby gameplay being translated onto a 3D plane. Playing it safe or not, Kirby and the Forgotten Land has the potential to bring some welcome new ideas to the traditional Kirby formula and kickstart an exciting era of 3D Kirby titles.

The move to a fully 3D Kirby game with traditional gameplay elements is a big and exciting one. Kirby has been in 3D before, but not like this. It’s a bold move, and one that I’ve been dreaming of for years. Kirby tends to be at its best when it deviates from its traditional formula. The last mainline Switch entry⁠ was underwhelming and felt like a rehash of Kirby’s Adventure Wii with an added “Dream Friend” system. Kirby and the Forgotten Land looks to shake up the formula in moving to 3D. Based on its reveal trailer, the Forgotten Land is shaping up to be a major new step in Kirby’s lineup. Shaking things up, but not so much to remove the foundations that make the series such a popular one. 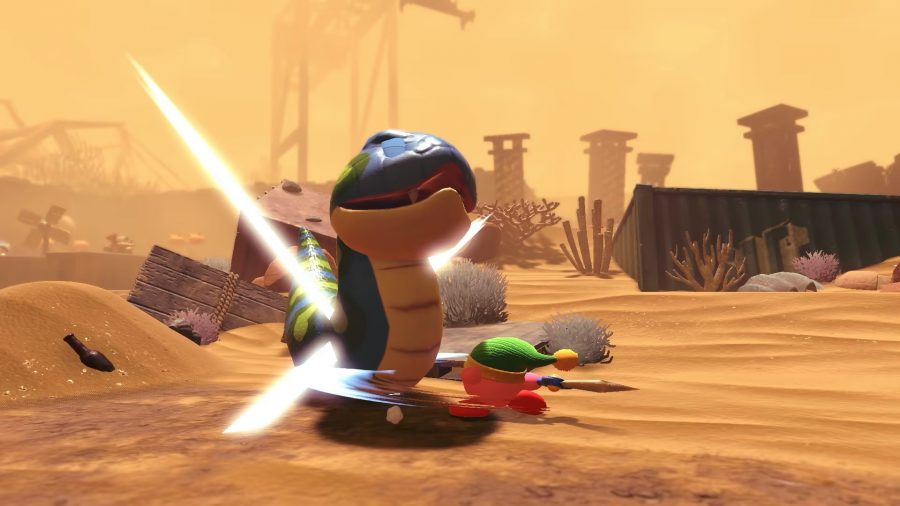 HAL Laboratory and Nintendo are in danger of alienating longtime fans if the move to 3D is an unsuccessful one, as some argue happened to Sonic the Hedgehog back in the day. In what could be a smart move, Nintendo and HAL have looked at what made Super Mario 3D World and Land successful. HAL appears to have taken most of the design philosophies of a traditional side-scrolling Kirby game and applied them to 3D environments. An idea that is corroborated by GameXplain.

It seems as though we won’t have massive open areas to explore, and will instead play individual stages set in a larger unknown post-apocalyptic world — one that gives off major NieR: Automata vibes. Time will tell exactly what level of exploration we’ll be given, or if there are large open spaces to explore, but it looks like HAL and Nintendo are easing us into Kirby in 3D. Honestly, that’s enough for this longtime Kirby fan. The reveal trailer during the Nintendo Direct was exciting, colourful, and left enough details out to keep things interesting. Kirby and the Forgotten Land stole the show, even over games like the much-anticipated Bayonetta 3. Most importantly, Kirby and the Forgotten Land looks fun.

While I think it’s smart to keep Kirby’s first fully 3D mainline entry as close to traditional Kirby gameplay as possible to help ease in this bold new era for the platformer, some red flags are being raised. Throughout the reveal trailer, it looks as though Kirby is being hemmed in by low barricades and other natural barriers. Naturally, you’d think that Kirby could flutter jump high above these barriers. With open spaces hinted at in the background during the trailer, but seemingly not traversable, it could feel like our exploration is limited. 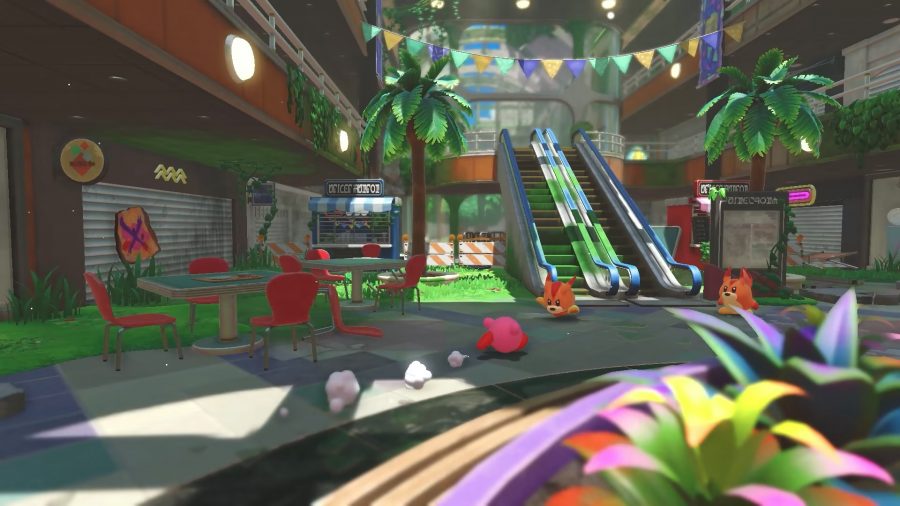 What we’ve seen so far, too, showcases a lack of puzzles in the game. While puzzles aren’t the first thing you think of when Kirby comes to mind, they do play a big role in what makes the games so great. In traditional Kirby games, players are tasked with solving puzzles to find unlockables, win 1-Ups, and more. Typically, these puzzles are time-sensitive and have you making smart use of a Copy Ability or two to start a chain reaction in order to open blocked sections of the room. These puzzle rooms add some longevity, innovation, and challenge to the games, bringing replay value for those of us who want to go back and unlock everything. Without these extra details, Kirby and the Forgotten Land could be too straightforward and lacking in difficulty.

I hope, too, that there are more than the five Copy Abilities shown in the trailer. While these are all classic abilities, the game needs more to keep things interesting. Kirby is all about the different abilities, and hopefully, there’s plenty more to be seen on that front before the game’s release in Spring 2022. 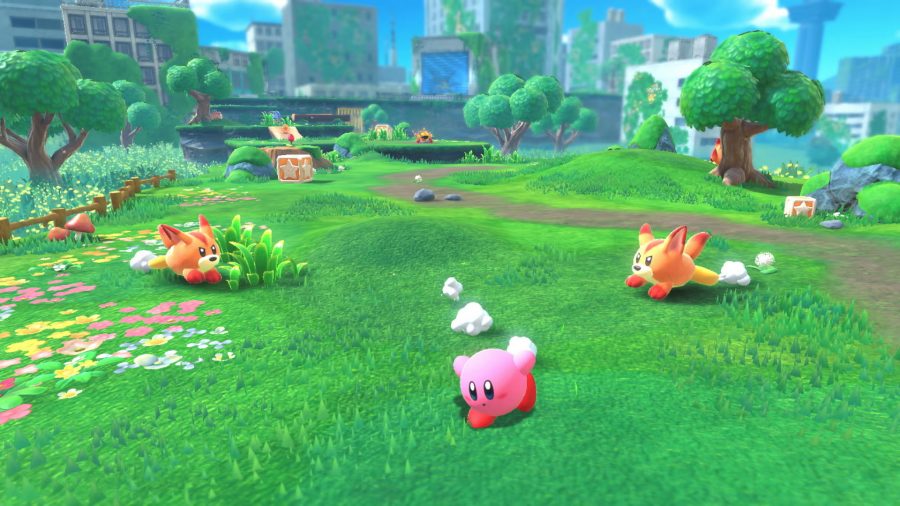 Kirby has needed some shaking up following the stale Star Allies, and the Forgotten Land looks as though it could be exactly the big new idea the series needs. Kirby is about to venture into paths previously only lightly trodden. The Switch could have another gem in its library. I can’t wait to see more.