With the massive success of Animal Crossing on Nintendo Switch, as well as titles like Stardew Valley, Harvest Moon, and even Rune Factory, there’s plenty of farming sims to get stuck into with a dash of action in a couple as well. So, if you want your game to make a mark, you had better do something interesting to set yourself apart, or at the very least improve on the gameplay elements people know and love.

Kitaria Fables is an adorable blend of both farming simulation and dungeon crawler, that throws in some magic-wielding elements and charming characters based on animals. On paper, this all sounds fantastic and the bare bones of a successful game are all here, but sadly the execution leaves a little bit to be desired, and holds back a really promising framework.

Playing as Nyanza, you take over the family farm, only to get caught up in the mysteries surrounding Paw Village, and the world of Kitaria at large. It’s all very whimsical, with cute animal characters based on bears, goats, and kittens everywhere you go. The story doesn’t go anywhere truly incredible, but as a framework for the gameplay the characters and the story are well presented enough to suck you in.

The bulk of your time is spent gathering resources for both weapons and armour, and your farm. You can grow crops for cash, as well as use recipes to make food for stat buffs. Similarly, while you can’t level up, your stats increase through better armour, with items dropped by monsters or found in dungeons. While this is all fairly standard, and handled competently, as soon as you dig into each element, Kitaria Fables becomes much more of an exercise in frustration rather than enjoyment. 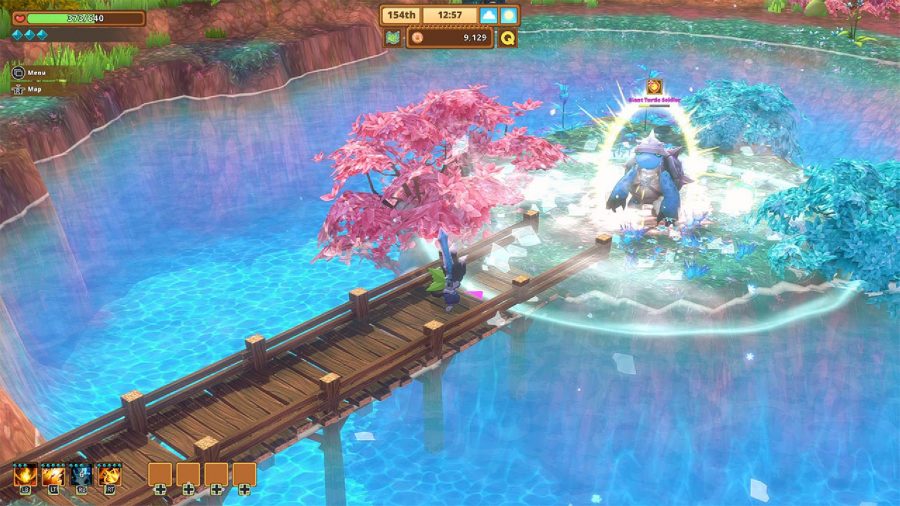 Exploring the world of Kitaria is great, with the villagers all having lovely dialogue, full of charm, and each area having different secrets to discover at every corner. As well as the different villages, there are different pathways to traverse, fast travel spots to unlock, and dungeons littered throughout that reward you with some high-end materials if you can tackle the monsters within.

The quests are mostly fetch quests though, with vague directions given and villagers just needing you to gather X amount of items from enemies, who you’ll be battling a lot! I would have appreciated a bit of variety outside of just exploring dungeons and gathering items, honestly. Swinging your sword and using magic luckily feel good, though that too quickly becomes repetitive, as you need to fight the same enemies for materials ad nauseum. Though you can earn new spells, through gathering a large amount of resources, none of it does enough to change the gameplay, and it just feels like a button to spam. 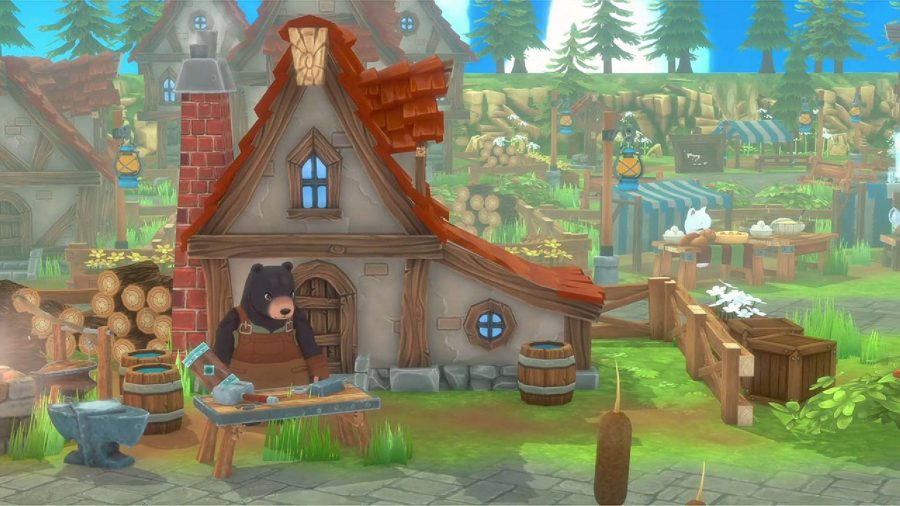 Growing crops suffers similarly, sadly. When I started my cute little farm, growing potatoes and kale to earn money, it felt satisfying and tidy organising each crop and watering them. It became quickly apparent though, that with no quick way to cycle between tools, I was spending more time on the menu than I was on my farm. Then, as I was growing items to trade in, after growing them for three or four days, the returns seemed minimal and were barely enough to cover more seeds and new items. Even with upgrades to tools, there are very few ways to make farming easier and the return on them never feels adequate. The rewards feel arbitrarily scaled back to force grinding, and it wasn’t just on my farm either.

Getting more powerful armour will require both cash, metal, and different items. Earning all of these is a chore, especially specific items like Orc Tokens which not only require killing a lot of the same enemies, but also the enemies don’t always drop them. It would have been nice if there was a more traditional RPG experience system, so I felt slightly more powerful after killing a few dozen orcs, but instead, it’s all just to grind for items to purchase slightly better armour. The time spent and reward here always feel a little off, like the scales are tipped against you just to stretch out what little is here.

pleasant farming gameplay, mixed with the spirit of adventure

There’s absolutely fun to be had if you’re very patient, and the bones of a great game are here. Tidying up your farm and crops is satisfying, gathering materials, and making better tools is all fun, and while the enemies get a bit repetitive it’s still fun exploring actual dungeons to find rare treasures. But the scarcity of items, the huge amount needed to upgrade items, and the repetition of areas and enemies make this a game that’s nice for a little while, but after a few hours felt tedious and needlessly dull.

There’s also a multiplayer option should you want to work on your farm together in couch co-op, but this feels poorly implemented. The second player fits awkwardly into cut-scenes, and if one player goes to bed the second just creepily watches over them. You cannot change the name of either character, so it can be hard to differentiate. Then there’s no easy way for both players to pick up rewards, instead one player has to pick up all drops at once, go into the menu, split that stack of rewards, and then drop them again. Simply being able to give them would have been better. 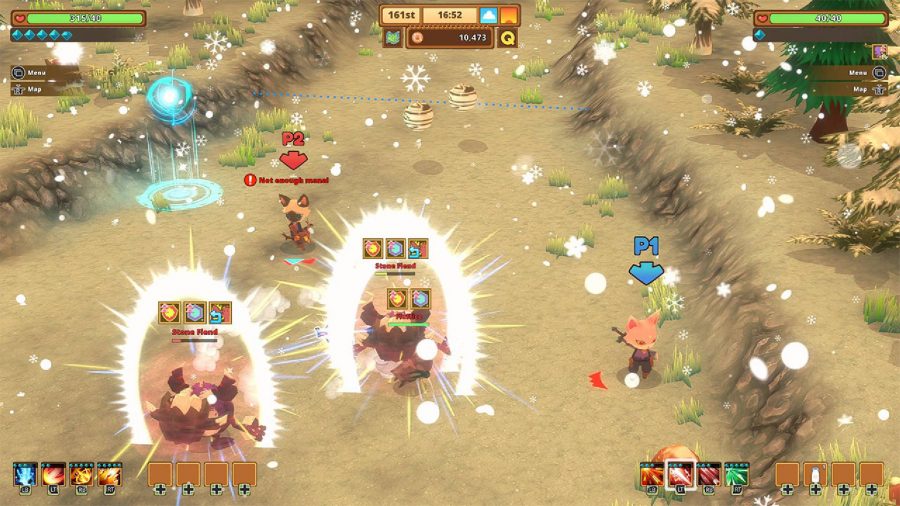 If I sound harsh on Kitaria Fables, it’s mainly because it has such fierce, and smart, competition. There’s a really lovely, interesting idea for a game here, and it’s presented with some really delightful characters and even a few nice ideas. What Kitaria Fables does well, is it offers some really pleasant farming gameplay, mixed with the spirit of adventure in a gorgeous little world, and I truly wanted that to succeed. But it feels like it needs to iron out problems from its user interface, framerate, and its gameplay design in almost every element.

After hours of toiling thanklessly and mowing down the same enemies for minimal rewards, I was done. Don’t get me wrong, Kitaria Fables isn’t an awful game by any means. I really enjoyed my time and persevered through a lot of the drudgery thanks to it’s pleasant world and addictive gameplay, but I’m more annoyed with the idea that this could have been amazing, and I hope some patches down the line help it reach its potential.

Kitaria Fables feels like a short and sweet game stretched needlessly long, robbing the game of a lot of the fun it’s cutesy art style promises. But fans of similar genres, and people with a lot of time and patience, might well fall in love with this game