Even though Legends of Runeterra released last year, it feels like the card battler is still hitting it out of the park with each new expansion. Every addition to the game adds a flavourful region of the world, filled with brand new champions, card mechanics, and unbelievably pretty card illustrations. If that’s not enough, gauntlets and labs continue to experiment with new arenas of deck-building, including the upcoming 2v2 co-op mode.

So when Shurima – Runeterra’s Egyptian-inspired region – was announced, I was understandably curious to see what was in store for players. Who are the champions? What are the new keywords? Can I crush my foes with an army of giant Sphinxes?

I was lucky enough to play Empires of the Ascended early and see some of what Shurima has to offer. Honestly, I was pretty blown away and there’s lots to talk about, so let’s get started.

Empires of the Ascended brings 110 new cards to Legends of Runeterra, fleshing out the desert region of Shurima and its diverse inhabitants. This is a land of god-like beings and a once glorious empire sinking into the sand. As such, it contains a wide variety of factions and characters. Following on from Targon, we’ve got the Sunborn, a group of Ascended warriors who are based pretty closely on the Egyptian pantheon, composed of Horus-like Azir, Anubis-esque Nasus, and Renekton who is reminiscent of Sobek.

But there are other groups scrounging for a living in the ruins. Sivir represents the treasure hunters who delve the dangerous tombs of Shurima, while wandering geomancer Taliyah is more aligned with the nomads and rock hoppers who travel across the land. Most of Shurima’s cards consist of these distinctive factions, but also the monuments that dot the land as well. 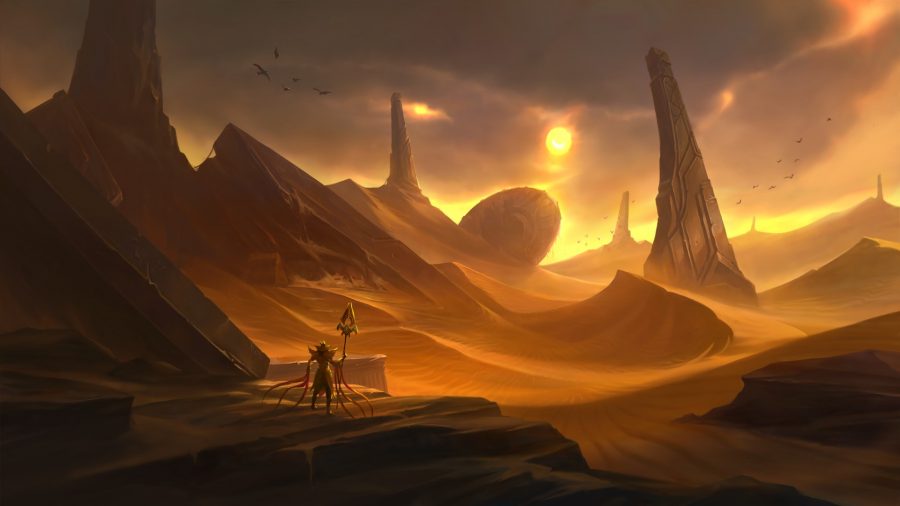 When I said Empires of the Ascended was a landmark expansion, I wasn’t kidding. Following on from Monuments of Power last year, landmark cards have allowed Riot to build this new region not just with characters, but with buildings and monuments, too. Shurima is filled with ancient and mysterious ruins, and as such, landmarks are a massive part of this new expansion, both in terms of how they now synergise with specific champions, but also how they help literally build the setting of Shurima.

When I said Empires of the Ascended was a landmark expansion, I wasn't kidding

The buried sun disc is a great example of this. As one of the most iconic landmarks in all of Runeterra, it plays an important role in levelling up some of the Ascended champions. Azir, Nasus, and Renekton’s level up conditions are tied to the restoration of the sun disc, which runs on a timer.

Taliyah’s level up condition is also linked to you playing landmark cards, and as a geomancer who can basically use magic to build, she even creates a copy of a landmark when summoned. There are also cards that summon landmarks, such as the rock hopper, and cards that destroy landmarks, like the desert naturalist. 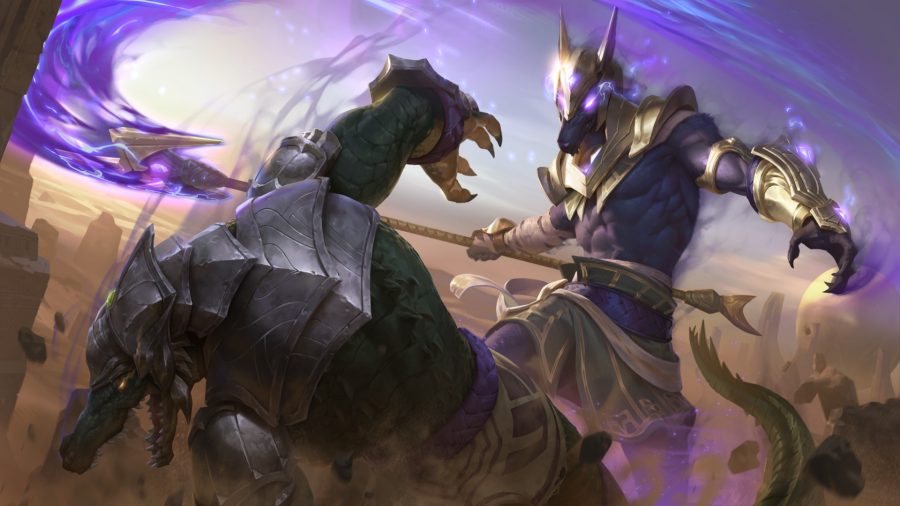 Like the sun disc, many of these landmarks also have timers that count down before their ability activates, and it makes Shurima feel very flavourful and ruin-ey as monuments emerge like secrets from the sands, only to collapse back again – before Taliyah rebuilds them, that is. I think tying landmarks to champion level conditions will also see them get a lot more play with Shurima than most of the other regions.

In terms of champion playstyles, Azir is all about summoning sand soldiers, an ephemeral unit that causes an extra point of Nexus damage when striking it. You can get a lot of these out of the door very quickly, and Azir summons them every time he attacks, meaning you can overwhelm opponents with speed. Another useful card is the stasis statue, which is effectively like Ionia’s recall ability, except that you don’t have to replay your card, so it’s a great way of keeping champions alive and on the board. 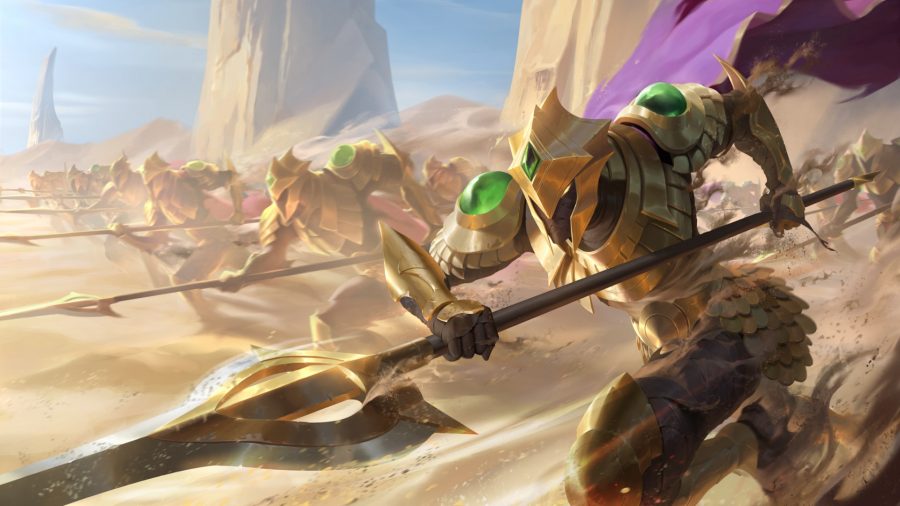 In a similar way, Renekton and Sivir both level up and get stronger as you deal damage, and Nasus gains power based on how many enemies you’ve slain. All in all, it means Shurima is quite an attritional faction: lots of killing, lots of dying, lots of damage, while you grow stronger from all of it.

I still think Taliyah and Azir are the most original champions from the new crop. I especially love that Taliyah’s level up condition is playing five monuments, as if she’s travelling through Shurima as a tourist, visiting all of these landmarks. The new level up animations are also absurdly good, as Riot has changed them to fully-fledged videos sequences.

I also suspect that Azir and the other three level Ascended champions are going to be extremely powerful – if anyone ever plays a long enough game to activate all three, that is. Empires of the Ascended is also dropping alongside some other new champions, such as LeBlanc for Noxus, Lissandra for Freljord, Jarvan IV for Demacia, and Kindred for the Shadow Isles. Though a late-game bloomer, Lissandra is a good example of another champion/landmark synergy, as she calls forth unspeakable ancient creatures from the ice by playing timed landmarks. Kindred’s ability to mark prey also seems very fun. 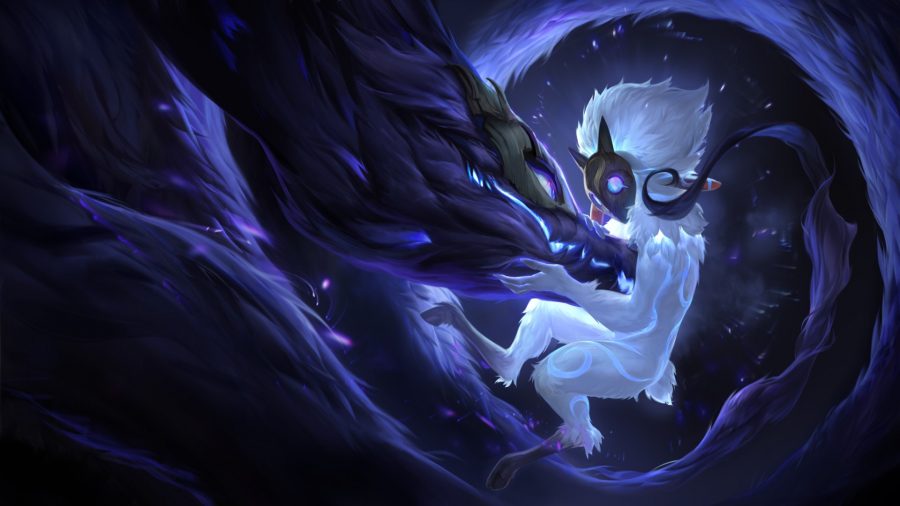 I’m extremely impressed with what I got to play from Empires of the Ascended. Runeterra’s production values continue to be utterly mind-boggling, and you should try to watch Taliyah or Azir’s level-up video in-game as soon as possible. I also think Shurima is one of the strongest regions so far in terms of flavour, and I especially love how landmark cards are being utilised as an aspect of world-building, which is something I haven’t seen done in many other deck builders.