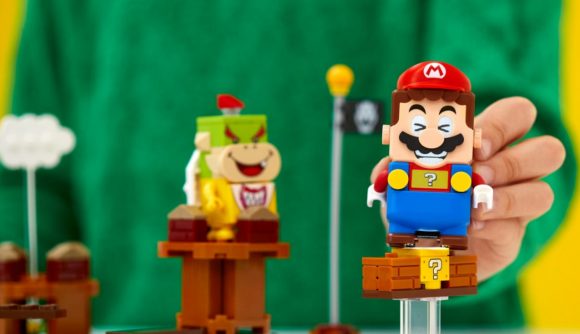 Lego has revealed that the upcoming Lego Super Mario app is designed by none other than Monument Valley developer, Ustwo. The app acts as a companion to the physical release of Lego Super Mario, and offers both building help and tutorials, while also giving you a digital space to lay out your brand new Lego sets.

“We put out these principles for the app: It should teach you how it works, it should inspire you, and it should be a place to store your levels,” explains Jonathan Bennink, Lego Super Mario’s lead designer, in an interview with Pocket Gamer.biz.

The Lego Super Mario app also shows you how to play the game. “But who needs instructions to play Lego?” you ask. Well, Lego Super Mario isn’t your typical game. Each set features a variety of physical touch pads and screens built into the figures, allowing you to actually play Super Mario in real life. It’s very cool, and even lets you use the Mario figure to stomp real Goombas.

You can get an in-depth look at the Lego Super Mario app below:

You can also find out more information about Lego Super Mario on the associated website. The companion app is set to launch on August 1, and as you purchase further Lego Super Mario sets, you add them to the app to gain further build instructions and tutorials.

It’s a great idea, and as you can see in the video above, it looks pretty darn beautiful. If you’re now in need of a Mario mobile gaming fix, Mario Kart Tour has pride of place in our best Android games list, as does Ustwo’s famous puzzle game, Monument Valley.