Being tiny in a world filled with giants is a pretty scary thought, but it’s one that Little Nightmares relies on and uses to great effect. You face obstacle after obstacle as you travel through its nightmarish world and you’re rarely able to defeat them through conventional means. Whether it’s a monster who wants nothing more than to gobble you up, or simply a door handle you can’t quite reach, Little Nightmares is all about using your smarts to overcome your lack of size and find a way to keep going.

But Little Nightmares II adds an all-important element to the formula: Six. Returning from the first game, this second character’s presence levels up the complexity of the game’s obstacles. Before, certain types of puzzle would’ve been difficult to implement, but by using both Mono and Six, Tarsier Studios has crafted some really challenging scenarios.

Mono and Six navigate the sprawling passages and alleyways of a nightmare-distorted world, evading capture and sometimes even turning the table on those who pursue them. A lot of people speculated that Little Nightmares II would be a co-op adventure, but a part of me is glad it isn’t. Six is a great character in her own right, and if she was just a player avatar, I would’ve missed the character development she gets throughout the game.

But let me give some background. You play as Mono, a young boy – with a somewhat questionable taste in hats – who is transported to a nightmare world by a mysterious television set. As with the first game, Little Nightmares II is a puzzle platformer, and you travel deeper and deeper into this nightmare, moving through different areas of a city distorted by the television – each with its own distinct theme and set of monsters. 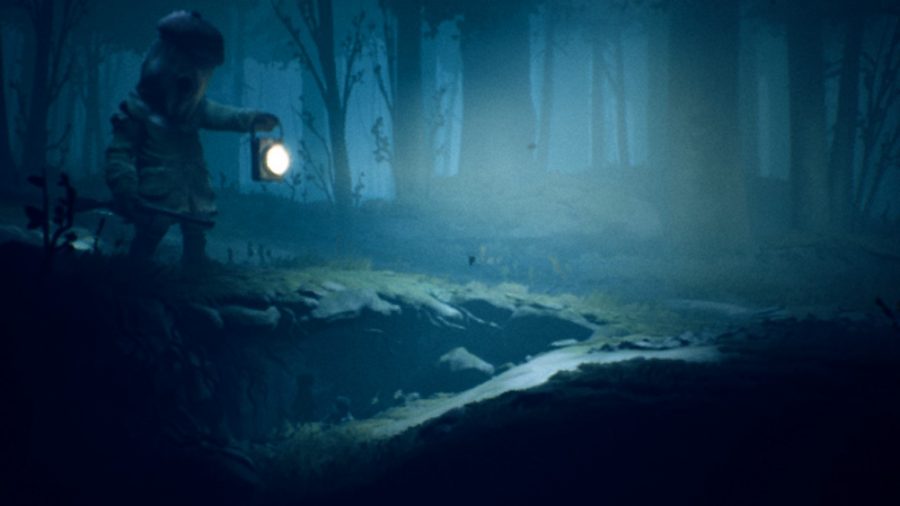 Little Nightmares II really is a game of escalations. You’ll make it out of one horrifying area and tell yourself: “that must have been the hump, there’s nothing creepier they can throw at me now”, and yet there always is! I’m not usually spooked by those Coraline-esque vibes, but Tarsier does a wonderful job of making each new monster creepier than the last. I won’t give too many of them away, but the hands are just…. yeah.

One fun element of Little Nightmares 2 are the hats you discover throughout its world. You can equip these hats to Mono, giving him a distinctive style. Honestly, there's nothing better than playing through the entire game wearing a teddy bear head.

Little Nightmares II is also very hard, even though I do think the difficulty was inflated by me playing on Switch Lite. There are plenty of scenarios that require precise joystick movements, such as when you have to keep a flashlight trained on a very specific point, and this felt a little frustrating with the Lite’s sticks. As with Inside or Limbo, the difficulty also centres around timing and smarts. If you work out a way to evade a monster, you still have to put it into action, and that often requires timing your movements just right to escape capture.

Depth perception is another aspect of its difficulty, too. While Little Nightmares II is linear – like most side-scrolling platformers – you can also move around rooms, walk down corridors in the background, and just generally explore. But while it adds a whole extra layer to navigating the city’s spooky spaces, it also makes platforming slightly harder. If you don’t judge depth correctly, you can sometimes jump straight past a platform, or fail to grab onto the rope that you thought was adjacent to you. It’ll only cause the occasional foibles, but it still contributes to your deaths. 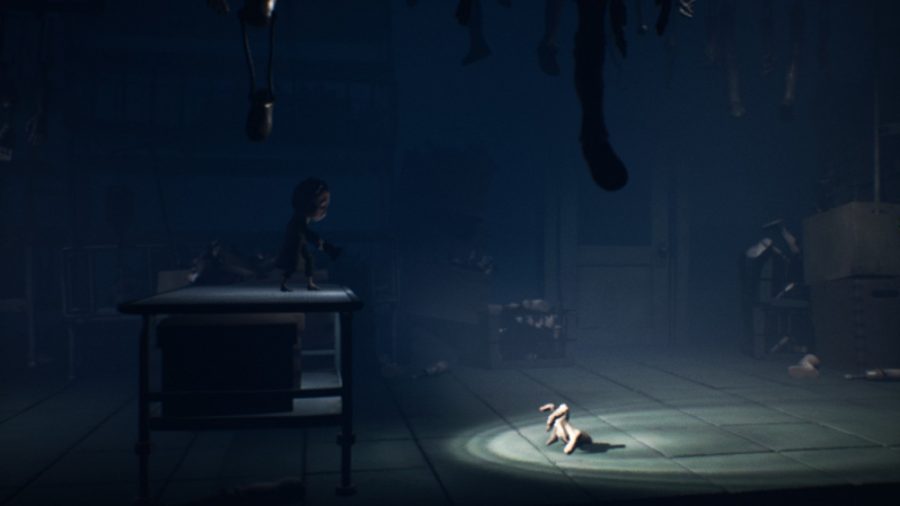 This depth is also used to convey one of the most impressive aspects of Little Nightmares II: its scale. Whether it’s when you first wash up on the shore of the city and its towering tenements loom out of the fog, or when you’re sneaking away from a monster sweeping with a lantern in the middle distance, the game is never short of new and creative ways to make you feel oh so small. In a way, when the monsters are so huge, that title becomes a mischievous bit of knowing understatement.

The entire game is cloaked in staticky visual noise, which ties into how the world is distorted by the television set

But some of the scale and visual quality also feel a little lost on a smaller screen. The entire game is cloaked in staticky visual noise, which ties into how the world is distorted by the television set. On the Switch Lite screen, this effect can occasionally obscure some of the scenery. To clarify, it never affected me in regards to playing the game, i.e seeing monsters or where I had to go. But during some of those big-scale visual moments, the details did feel a little lost at times. 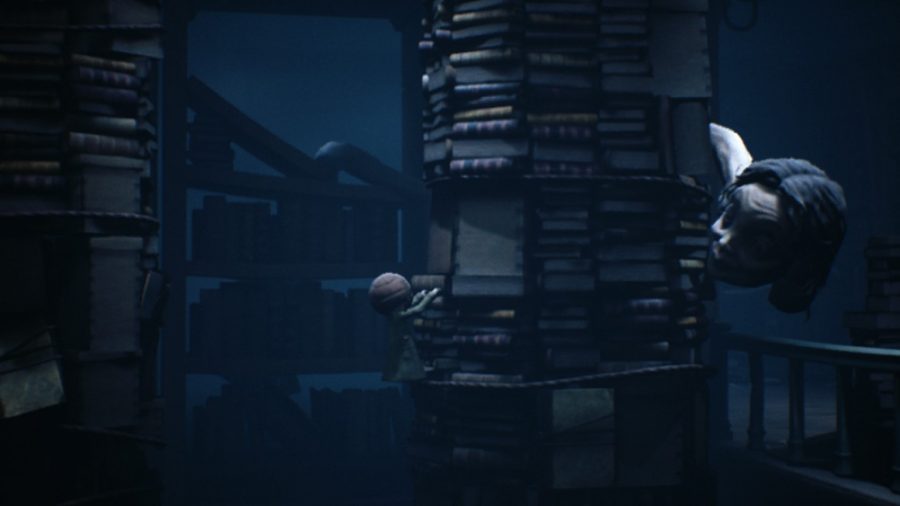 But – and I can’t stress this enough – Little Nightmares II absolutely shines through any of the minor complaints I’ve mentioned. The game itself is smart, spooky, and one of the most original platformers I’ve played in a long time. It’s memorable for its excellent pacing, as the escalations wax and wane as you move closer to the centre of the nightmare. But it also utilises Mono and Six in inventive ways with its puzzle play.

Its distinct visual style, while reminiscent of some, doesn’t really compare to any other game series out there. But most of all, I love how it develops Six as a character without the need for dialogue. I suspect Switch might be the worst way to play Little Nightmares II in a visual sense, but the worst way to play an astonishing game is still pretty darn good.

The most original platformer I've played in years: clever, creepy, and distinctive. Now, if you'll excuse me, I'm off to play the first.