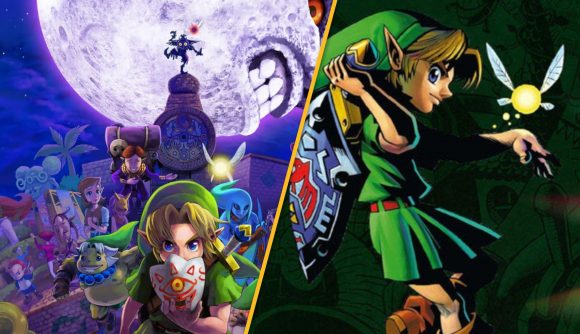 The Legend of Zelda: Majora’s Mask is now available to any Nintendo Switch Online + Expansion Pack subscribers. It’s the most recent addition to the N64 games available on the service, following Banjo-Kazooie in January. With the addition of this classic Link adventure, there are now five different Legend of Zelda experiences across Nintendo’s online service, so you can get up to date with your Hyrule history.

Originally released in 2000, Majora’s Mask Switch brings the much-loved Zelda classic to the hybrid console for the first time. The sequel to Ocarina of Time took assets from its predecessor and reworked them into a darker, more mysterious time-loop formula. It uses familiar characters, but gives them different personalities, like an alternate reality Ocarina of Time.

Thanks to some necessary Nintendo Switch Online N64 emulation improvements, the expansion pack is one of the better ways to enjoy the early Legend of Zelda titles, and the easiest. So now all we’re waiting for is a way to revisit Link’s GameCube era titles, without having to fork out for a twenty-year-old console.

Both Majora’s Mask and its predecessor often make the list as some of the best games of all time, so definitely give them a go. This release also means we’ve now got most of the iconic N64 titles on Switch, so it’ll be exciting to see what lesser-known titles the developer brings to their online service further down the line.

Link is dragged into the world of Termina, where the moon is falling from the sky!

Relive the world’s final 72 hours when The Legend of #Zelda: Majora's Mask comes to #NintendoSwitch for #NintendoSwitchOnline + Expansion Pack members on 2/25. #Nintendo64. pic.twitter.com/712guV6wtz 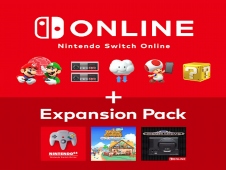