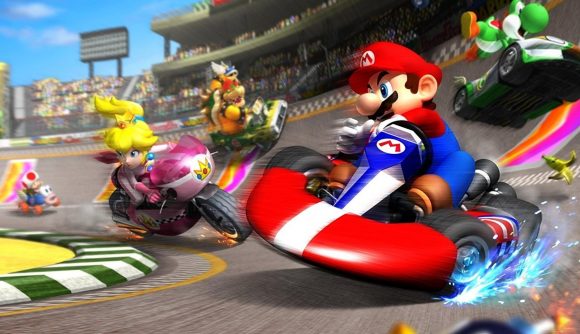 Nintendo has announced that landscape support is finally coming to Mario Kart Tour, along with a completely revamped control scheme that will feel familiar to those who have played one of the console or handheld entries in the series. Nintendo hasn’t announced the details of this new control scheme though, and the trailer, which Nintendo showcased on Twitter and you can see below, offers few hints.

Given the lack of on-screen buttons present in the trailer, aside from the familiar ‘steer’ button, we’d expect landscape to play very similarly to the existing mode. Slide your thumb around the screen to drift and tap or swipe anywhere to use an item. We suspect the only real difference will be in how you hold your device, landscape over portrait.

Nintendo made the announcement over Twitter, but hasn’t confirmed a release date just yet. A popular Mario Kart Tour leaker suggested that the update will land on July 21, 2020. Nintendo hasn’t confirmed this though, so we’d take it with a pinch of salt for now.

Mario Kart Tour recently introduced the Exploration Tour to the mix, welcoming Captain Toad as a playable character to those lucky enough to grab him from the pipe.

If you’re curious about the next update to Mario Kart Tour and would like a sneak preview of landscape gameplay, then check out the trailer below.

Here’s a sneak peek at some of the content that’s planned for the next #MarioKartTour update. Players will have the option of racing in either the existing portrait mode or the new landscape mode! Landscape mode includes a new control layout, so find your favorite way to play! pic.twitter.com/KchRRfnGtj